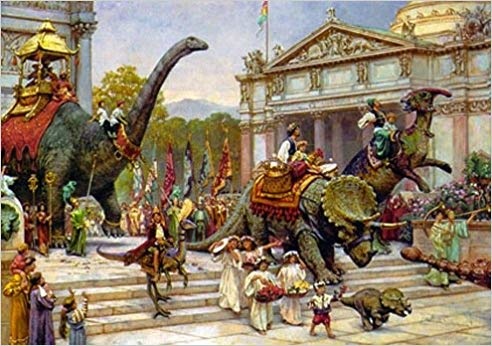 When Leah was younger, she wanted to be a paleontologist. She intended to follow through on that all the way up until her last year of high school, when she realized that she didn’t really relish the thought of putting herself through seven years of post-secondary school under immense pressure to retain an honours standing throughout. So now, instead of digging up dinosaur bones in Drumheller, she spares no expense in digging up dinosaur-themed games from the crammed shelves of the castle in order to bring you this not-at-all-exhaustive list to satisfy your own latent desires to be the next Dr. Ellie Sattler or Alan Grant.

You know what there are a lot of games about these days?

You know who isn’t upset about this, like, at all?

Because dinosaurs are freaking awesome.

And games about dinosaurs?

Well. You be the judge. 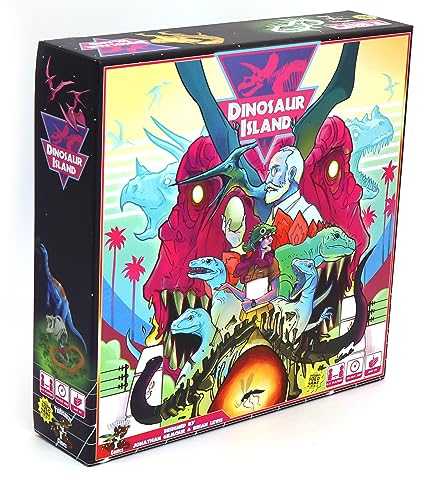 Honestly, this is pretty close to the dinosaur-themed game for me. It’s filled to the brim with awesome gameplay, innovative mechanics, and nostalgic artwork that manages to put me in mind of both 90s-style video games and Jurassic Park. (If you’ve ever come away from a Jurassic Park or Jurassic World movie knowing you could do better, this is your game.) Balance a team of scientists, researching recipes and gathering DNA, your financial assets, and your park workers in this worker placement game. Interspersing turn-based action with simultaneous action selection means that the game varies in pace, keeping everyone engaged while you try to balance the security of your park with the big thrills that everyone is coming to your park to see--and weigh the lives of park guests against the benefit of getting another T-Rex. 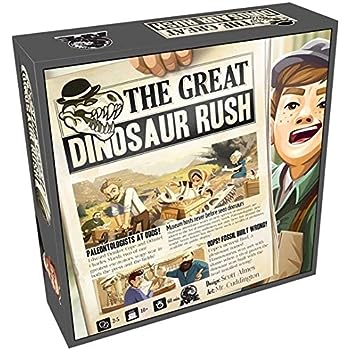 If historical paleontology is more your speed, The Great Dinosaur Rush might be one to catch your eye. Set during the Bone Wars, the time when paleontological advancement was at its height and dino history was being made, players each play as competing paleontologists--racing one another to the best dig sites, sabotaging the competition, assembling the most awe-inspiring fossils, and generally doing their best to get ahead. Players must be careful not to be too cutthroat, however, as the more notoriety you amass, the more points you risk losing at the end of the game! 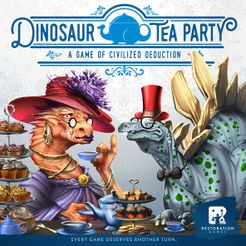 Based on the classic game of deduction Whosit?, Dinosaur Tea Party is Restoration Games’ effort at updating the genre with the weirdest mash-up of all. It’s like Dinosaurs meets Downton Abbey! Pay careful attention to the guests at this high-class afternoon tea, and try to work out the names of the local esteemed peerage before you commit a terrible faux-pas, making your reputation go extinct faster than you can say, “Pass the sugar”. It’s a game that’s quick to learn and quick to play, with loads of replayability, and the art is positively charming. 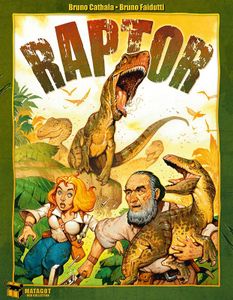 Bruno Cathala is one of my all-time favourite board game designers; there are very few of his titles that I’ve played that I haven’t thoroughly enjoyed, and Raptor is just another such entry. This asymmetric strategy game for two players will pit a team of scientists against a mama raptor and her brood, with the scientists trying to stun and re-capture their subjects and the raptors willing to do anything--anything--to escape. The asymmetry of the game’s design essentially means you’re getting two games in one, since the strategy for each player feels so different, and the unique action selection mechanism can make the game feel like more of a brain-burner than you might expect for a 45 minute playtime. 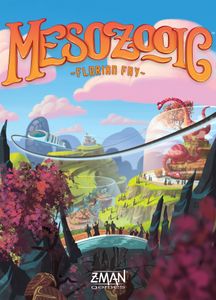 A quicker, lighter play on the same theme as Dinosaur Island, Mesozooic is Z-Man Games’ entry into the dinosaur-theme-park genre. In this card-laying game, players will draft cards showing the different features of their parks; then it is a race against time to get those features built, completing as many as possible in the time you are given in order to maximize your score. The trick? Those features will be built in a completely random orientation, and you can only rearrange them by moving cards around like a sliding puzzle, moving one at a time into the empty slot. It’s a perfect mix of strategy and puzzle, with just a little taste of luck, and at a 20 minute playtime it’s one you’ll want to play over...and over...and over! 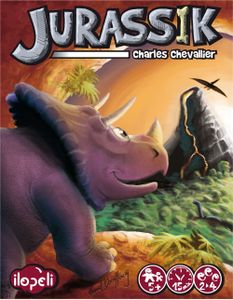 Jurassik is a quick little set collection game, perfectly suitable for bone-heads as young as 5. A random assortment of cards are laid out in a grid representing the dig site; then, it’s up to players to choose where they’ll dig next, hoping to find a dinosaur bone that matches ones they already have. But players will have to watch out for rocks--which force everyone to dig around them--and power cards, which might force them to give up one of their bones for someone else’s! 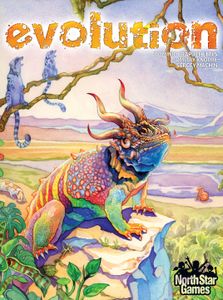 While not necessarily about dinosaurs, it's not NOT necessarily about dinosaurs. Evolution is a game all about survival of the fittest. Players give their species different evolutionary traits to help the survive both the perils of the natural environment, and potentially dangerous predators that share the world with them. Evolutionary traits can protect species against predation, allow them to collect more food, shield them from the elements, or allow them to bypass other species' protective traits. The ability to change evolutions turn by turn allows players to revise and change their strategy and quickly adapt to fluctuating conditions. Vibrant artwork, versatile player count, and fast play time make this a great addition to any game collection. 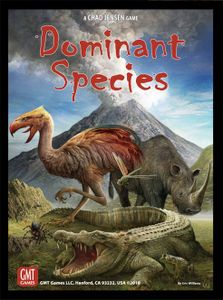 By far the heaviest entry on this list, GMT’s Dominant Species is a crunchy, cutthroat wargame that uses worker placement mechanics to really simulate the vicious nature of competing for survival in a pre-Ice Age world. Everyone plays as some class of ancient, pre-Ice Age species - mammals, reptiles, insects, etc - and, much like Evolution, must find ways to adapt or be destroyed. It is a highly strategic, perfect-information game that will satisfy gamers who like to focus on careful planning and decimating their opponents 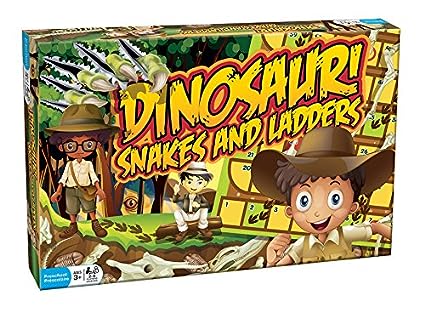 If all these games are feeling as daunting as a diplodocus, there is always the opportunity to go back to basics with a familiar favourite. Perfect for budding dino-enthusiasts, Dinosaur Snakes & Ladders gives the classic roll-and-move game a paleontological twist. Players can climb up following the paths of ancient dino tracks or slide down massive bones in their race to be the first to the finish.

The one thing that all of these games about dinosaurs is missing is time travel--and if that’s what you’re after, this installment of the Unlock! puzzle game series might be right up your alley. In The Challenger Expedition, you and your friends take a trip in a time machine and wind up in a land unseen, where you’ll have to contend with thieving pterosaurs and terrifying tyrannosaurs while trying to save the members of the expedition. The Unlock! games are one-time plays, but unlike other escape room style games they don’t require the destruction and manipulation of components, so you can send multiple groups of your friends and family on their own terror-filled trips to the past!

All told, there are some phenomenal dino-themed board games out there--this is barely scratching the surface! So dust off your kit, stake out your grid, and get to excavating your next dino-mite favourite!

Board Games
Leah, Armchair Paleontologist
Be the first to comment...