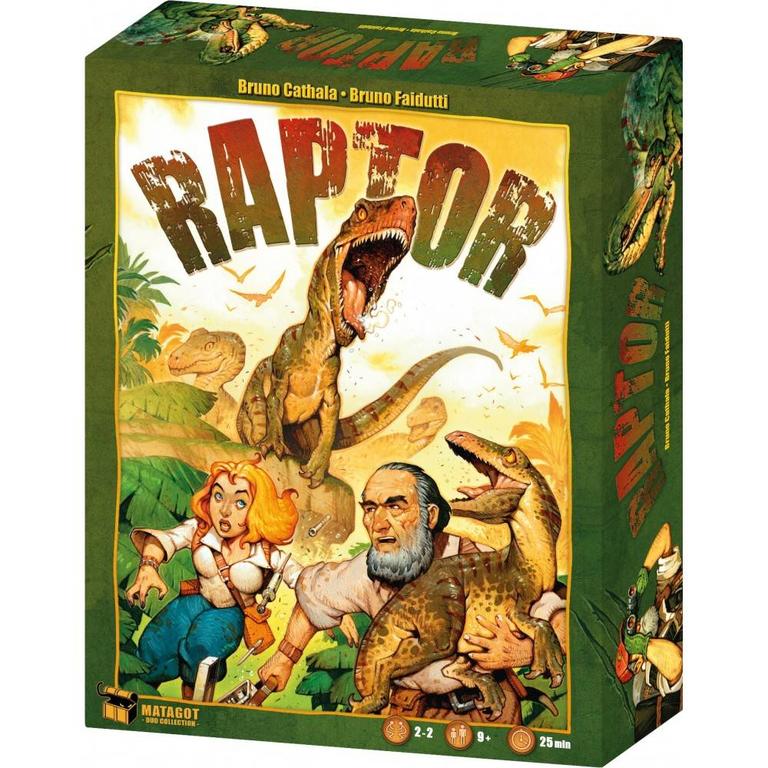 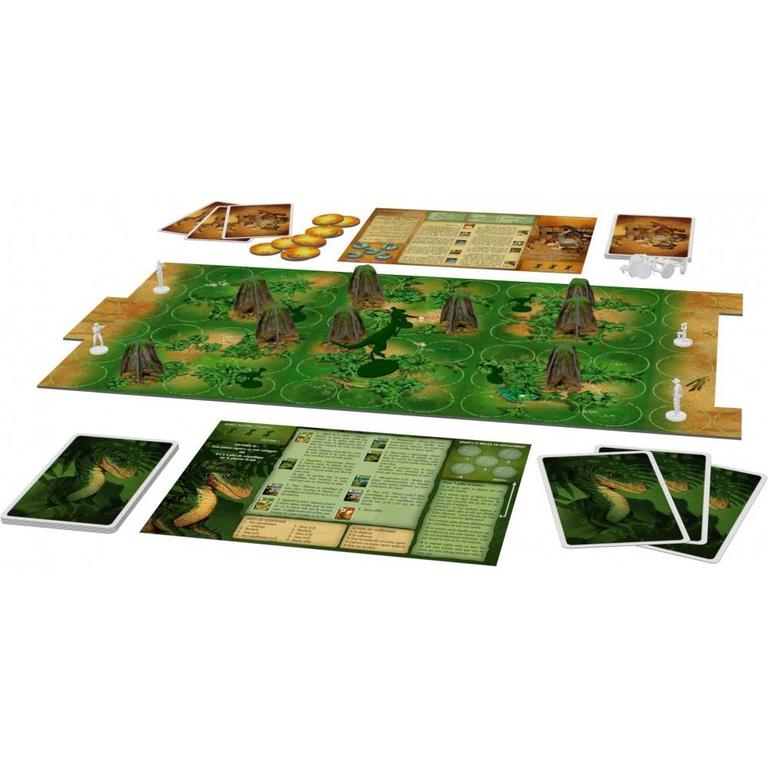 C$49.95
Matagot
In stock
Article code 3760146640382
Raptor is a card driven boardgame with tactical play and some double guessing.
Share this product:

Mamma Raptor has escaped from her run and laid her eggs in the park. A team of scientists must neutralize her and capture the baby raptors before they run wild into the forest.

Raptor is a card driven boardgame with tactical play and some double guessing. Players use their cards to move their pawns (scientists on one side, Mother and baby raptors on the other) on the board. Every round, the player who played the lowest ranked card can use the corresponding action, while his opponent has movement / attack points equal to the difference between the two cards values. The scientists can use fire, can move by jeep on the tracks, and can even call for reinforcements, while the mamma raptor can hide in the bushes, yell to frighten the scientists, and call for her babies.

Back to home
Ultra Pro

Quickview
Ultra Pro
Sleeves - 65x100mm Ultra-Pro - 50/pk (Special Sized)
C$3.95
By using our website, you agree to the use of cookies. These cookies help us understand how customers arrive at and use our site and help us make improvements. Hide this message More on cookies »