Why do we need board game publishers? 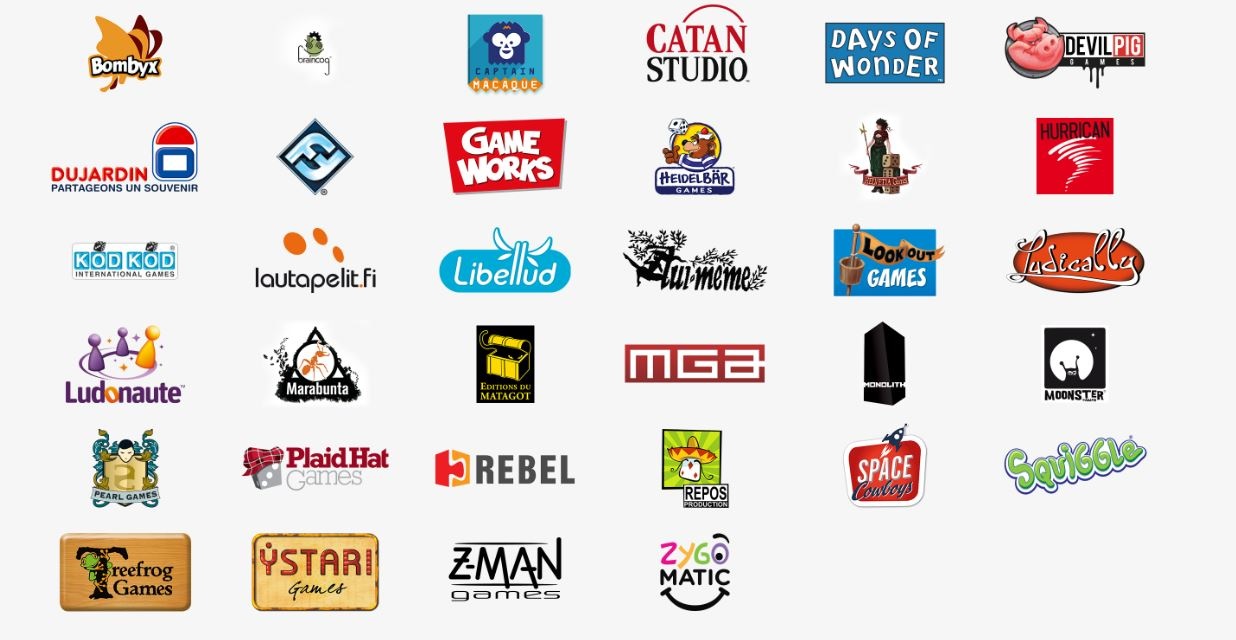 Boardgamegeek - the beloved resource that many of use to track the latest goings on in the biz - added over 4000 games (not including expansions) to their site last year. There is a small margin of error with that number, but if you crunch the numbers, 4000 new games equals out to 77 new titles a week on average. Assuming that even half of these make it to retail stores, that is still almost 40 new titles a week. Just base games alone. This doesn’t include miniatures, books, role playing games (RPGs), or expansions. If we account for those, some weeks we can receive 50+ new items. This not only presents logistical challenges for friendly, local game (FLG) stores, but can be seriously overwhelming for customers who want to be efficient about their spending. And while this kind of over-saturation may not necessarily sound the death knell for the industry (we certainly hope not) it does raise concern that the current model is not sustainable, and could soon be heading for a crash. For many years, publishers have acted like a farm combine, sifting through thousands of submissions from potential designers and selecting only those that were unique or interesting enough to release to a mass audience. The publisher also has the opportunity to help the designer improve product quality (components, rulebook etc.) and provide the benefit of years of experience by committee. In the current economy, the model has shifted away from larger publishers with years of experience to smaller publishers that only make a single game or, at best, a handful of titles. Most of these publishers are new to the industry, and have little to no experience traversing the landscape of the table top marketplace. Anyone who has experienced delays, misprints, or even cancelled games (which costs everyone - stores, manufacturers, and consumers - time and money) are likely to attribute these issues to a lack of experience from the publisher.

Over-saturation is not unique to this industry nor is it uncommon in others. One example is the music industry, which has seen its business model completely change over the past decade. With a few exceptions, the vast majority of music sales are made digitally, using online stores, or customers are simply subscribing to music services that allow them unlimited streaming. Think about it—when was the last time you bought a Compact Disc? Nowadays, an ever increasing share of physical album sales are made by audiophiles investing in vinyl records, as the average user shifts towards an all digital library of songs. The rise in digital distribution now allows smaller and lesser known producers and artists to release music to a wider audience, without the need for expensive physical productions. This also means that artists no longer need to rely on record companies to distribute their product, which in theory allows the artist to collect a bigger share of the profit (one would hope), and to promote themselves for much less cost than before.

For example, Alannah Myles recently commented that she didn’t see her first royalty cheque from the song Black Velvet until 19 years after its release. In a way she is a victim of an outdated business model that is, for better or worse, largely responsible for the current state of the music industry. Without decades of record companies fulfilling the demand for records, supporting artists, and developing the new technologies that distribute the music to fans, there would be no digital music libraries, and it would be much more difficult for smaller artists to break through. In other words, the success of these digital music services can be largely attributed to “Big Biz” for having laid the groundwork. The established record labels have the capital to take risks (that don’t always pay off - here’s looking at you MiniDisc) and the motivation to enforce copyrights, which has resulted in disincentivizing most people from simply downloading music for free on piracy sites. Why risk the legal ramifications, when one can simply and cheaply subscribe to a music service that makes available literally millions of artists (Spotify, iTunes, Google Play Music and Tidal being the most popular)? With the prevalence of these services, and their popularity, one would think that it is easier than ever for smaller artists to break out and become famous simply because of their exposure on these services. But that success increases the burden on the consumer to spend much more time curating and making thoughtful choices about the artists they want to listen to. Although musical taste is highly subjective, there is something to be said for the fact that professional producers know what people like and therefore support music that is popular (profitable).

You may ask yourself, how is the music industry related to board games? Well, it comes down to choice, and having too much of it. Much like how record companies act like curators for artists, publishers like AEG or Days of Wonder serve the same function in the board game industry. These folks are professionals that can spot a unique game when they see it. They can stem the flow of games to help reduce the amount of duplicates - that is to say, games that are functionally the same but only slightly different. Does the hobby really need another deck builder like Dominion? A game really needs to stand out or do something different for a publisher to justify printing and producing it. This means that a consumer is more likely to trust that a game released by a major publisher is going to be a winner. AEG, for example, admit that they are looking to publish fewer games in order to be more efficient about their releases.

The debate about whether having too much choice is bad for consumers is a long-standing one, and certainly a topic that is debated. There are some who suggest that having fewer, curated choices actually improves sales, and in our experience here we have found that argument to have merit. Customers prefer to rely on brand recognition in their decision making, so it stands to reason that having more games published by known publishers is healthier for the market and better for consumers. Choosing a new Days of Wonder title over a title from a brand new, unknown publisher feels much less risky to the average customer who knows they already enjoy Five Tribes or Ticket to Ride.

By no means is a game from a well known publisher guaranteed to be more popular or a better experience. Days of Wonder has published a few games in the past year or two that have not been as successful as some of their previous hits like Ticket to Ride or Small World; and Gloomhaven is a great example of a Kickstarter game done right - a small publisher was able to produce an international phenomenon in spite of the fact that the game itself doesn’t introduce anything different from what you would find in other titles.  But a company like Days of Wonder is much more likely to recognize something truly unique and worthwhile, as they have years of experience in selecting titles that they are confident will be enjoyable and profitable. And they have the resources to stay in business and continue to produce other titles because they aren’t relying on a single title to stay in business.

Games like Gloomhaven are not the norm; statistics show that there are far more Kickstarter projects that aren't funded than projects that are, and many of the projects that are funded are fraught with issues, most commonly delays due to shipping or production. A publisher understands and plans for these obstacles and is therefore more likely to maintain consistent release dates, have the capital to support the game if there are damages or missing components, and have established communication networks in order to keep retailers, customers, and distributors informed. Kickstarter relies heavily on the hype-train for its success, and data has shown that while a Kickstarter may be reviewed strongly at first, oftentimes these reviews are made before the release of the title and can strongly influence someone to buy the game based solely on biased or completely fabricated reviews. This article, written by Dale Yu, has a lot of statistical data on the success of Kickstarters and their reviews over time.

So what does all this mean for the general health of the industry? Well the hope is that independent publishers and major publishers can exist simultaneously, and learn from each other. Big publishers will need to take more risks by publishing titles that they may not have bothered to invest in previously. Hopefully, in the aftermath of the current Board Game Boom, a healthy middle ground will be reached that strikes a balance between “Big Biz” and independent publishers.

Board Games
Tim, The Grand Nagus
Be the first to comment...