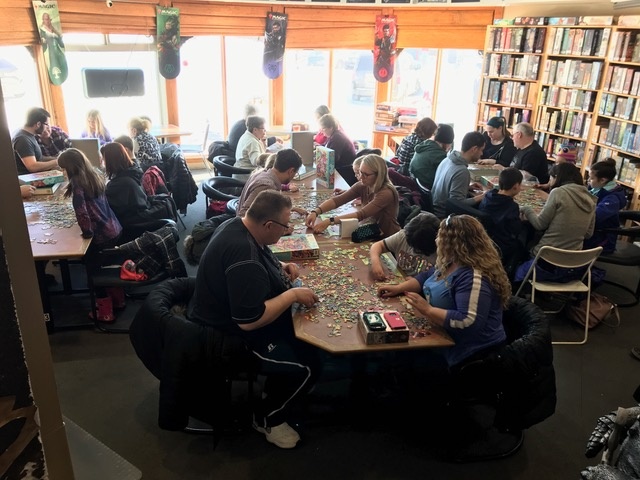 On Family day February 18th, our gaming room became a battleground as 7 families met in mortal combat to answer the question once and for all... who could assemble a 350 piece puzzle the fastest? 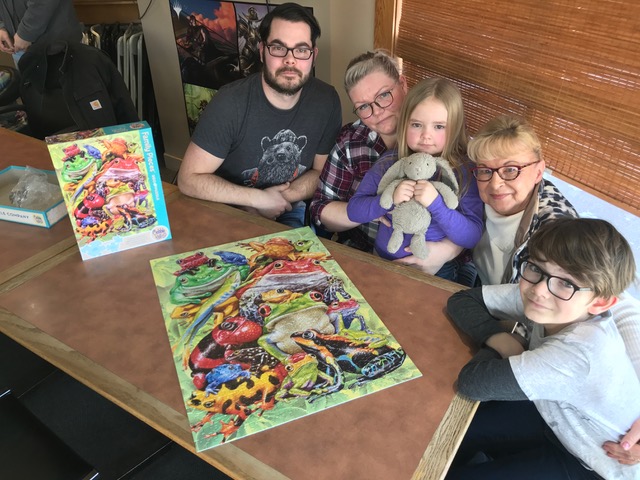 Paper flew as the puzzles were thrown open and their contents tossed onto the tables. Questing fingers sorted and searched through the multitude of pieces, each family moving as fast as they could to asssemble their puzzle. An occasional running commentary only added to the tension. 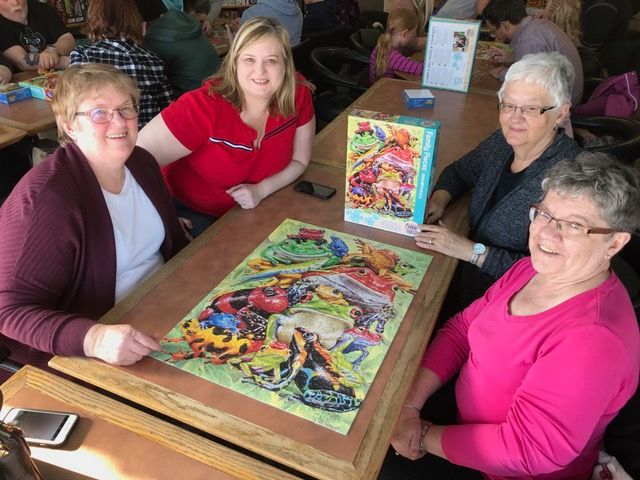 It was a close race. In the end, the first place winners came out two minutes ahead of the pack, but the second and third place families finished only a single second apart form one another. A 1st place trophy (made of paper) was awarded to the winning family, but the actual prizes were decided via a random draw before the event started. In addition, all the families got to keep the frog themed puzzles that they had assembled during the competition - "Just ribbet apart and throw it back in the box!" 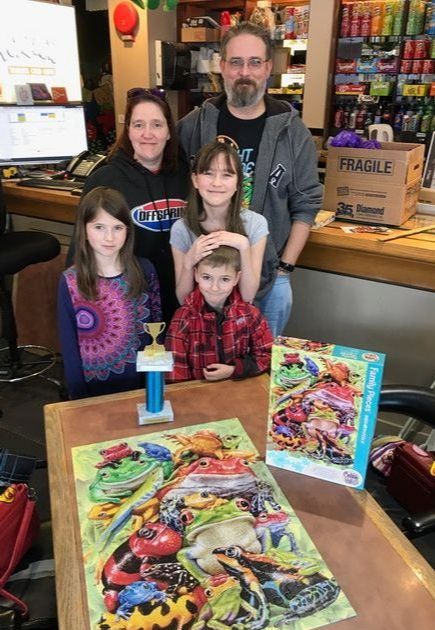 Afterwards, a reporter from the local paper dropped by and interviewed one of the families about the event.

Well done to everyone who participated! We hope you had as good a time playing as we did putting the event together, and we look forward to seeing you next year for another fun-filled Family Day! 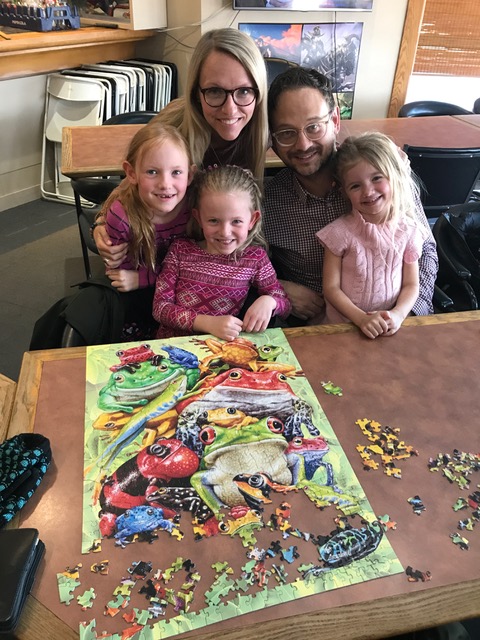 Familuy DayPuzzles
Alex, Editor Errant
Be the first to comment...