Lessons from the Dungeon 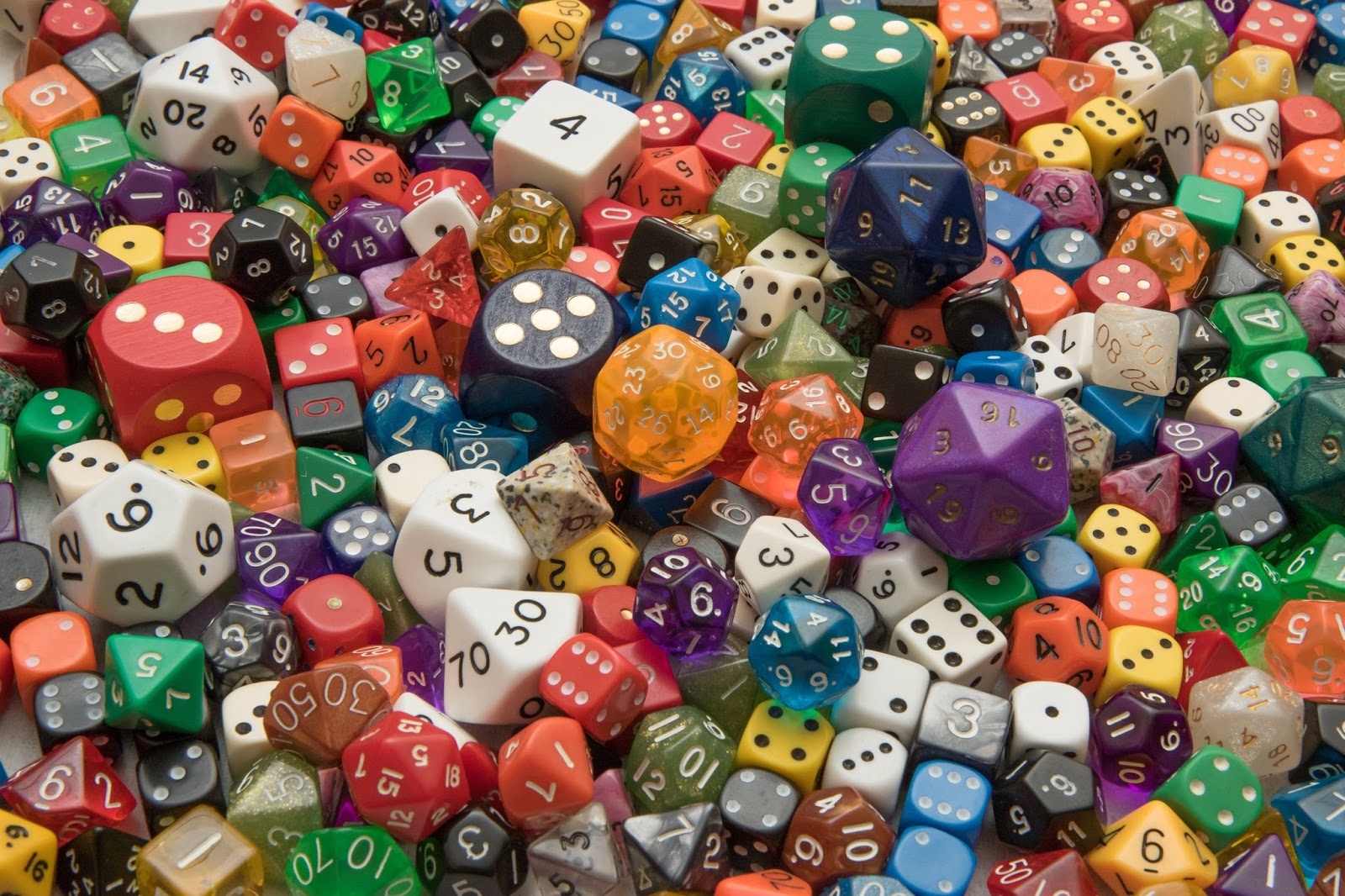 First off, a little backstory. Unlike many players, I started tabletop role playing a bit later in life. Those players who've been rolling dice and slaying monsters since grade school may look at me and say "How does this person not know how to play these types of games?" As nerdy as I am (or geeky) I mostly steered away from role playing games, mostly due to the stigma of LARPing (Live Action Role Playing). I'm ashamed to say that it felt a little out there for me.

But, after many years of aversion to that part of the tabletop hobby, my friend finally convinced me to try out Dungeons & Dragons. By his reasoning, it wasn't on the same level as LARPing, an argument which appealed to me, because I really didn't feel like going outside dressed up for all to see. Nevertheless, after creating my character and rolling my stats, I couldn't help thinking: "Oh no, what have I gotten myself into." However, after the Dungeon Master (or Games Master, I guess there are two classifications for the head of the game) started the intro and began introducing the world around us, I soon realized this was the game for me. After all, it isn't all that different from playing video games, which inherently puts you in the role of someone within the game's universe. My first roll on a D20 came up as a natural 20 (on something called a perception check... ). Everyone let out a gasp, as apparently that doesn't happen a lot on the first roll of your very first game (Editor's Note: Rolling 20 on the dice is good, and doesn't happen nearly enough in many players' estimation). Of course, I'm not one to boast...very much. This first taste of what tabletop role playing had to offer, resulted in me continuing to play tabletop role playing games for the past few years.

As a bit of a newcomer to the whole role playing genre, I was (and still am) always excited to learn new tips and tricks as well as watch players bring their own skills to the game. My most recent adventures in Dungeons & Dragons have led me to realize that I need to hone my skills as a role player. As someone who is a mix of both an introvert and extrovert (or so the one test I took in high school claimed), it was hard at first for me to get into character. I am normally a quiet person, though I want to be a louder person some of the time. Since starting a new campaign (well three campaigns in fact) I have been able to develop my skills as a player and a role-player. I'm a bit self-conscious when it comes to acting out my character - a feeling I have to overcome though it is not as easy as I first expected.

In each campaign, I pretty much always play the same race - Dragonborn. This is because I've always had a liking for dragons. I've tried different character classes, but I've learned that I always like to be the "get in there, and fight it out" kind of character, instead of the "staying back and casting magic" kinds of characters. My favourite class that I have tried so far is the Paladin. However, it gets a bit tricky in the evil campaign I joined, as paladins have to follow the good side of everything. (Editor's Note: There's always Anti-Paladins!) Even now, as I'm writing this, I'm thinking about all of the new and exciting details about all the characters I have and would like to have.

While there are a limited number of classes, races, items etc. in the books that Wizards of the Coast have published, the only real limitation is your own imagination...and time. If a player can visualize a battle inside their own head, then that's pretty cool. I like to let the battle on the table unfold in my mind's eye, picturing the scene vividly as I step out into the frontlines of the battle and drive my axe through the head of my closest enemy. I can now imagine myself walking through the town center, looking at all the various wares that the shopkeepers have - a far cry from the beginning of my playing career, where I would have to strain hard to conjure even the grainiest of mental pictures.

What I've learned is that everyone brings something unique and interesting to the table, and as a newer player I like to feed off of that and try to follow what they do. I have learned that, rather than just coming up with a backstory for my character the night before, I prefer to do a lot more thinking about who my character is. Their parents and upbringing, how their family and the character themselves are viewed in society. A player can't really just jump in with a character whose backstory is floating in the wind. I've also learned that sometimes in D&D it is okay to fail - it may even progress the story further and help with character development. It's at this juncture I should apologize to Devidia in my Evil campaign for shooting him in the back and nearly killing him. Sorry.

My final advice, something I would like you to take into your next campaign, is to have fun and be yourself (or your character) to the best of your ability. I am nowhere near as good a role player as some of my companions, but hey, at least I'm there having fun.  Everyone is new and learns at a different pace. Don't let a bad roll of the dice sour you as the game goes on - trust me there is going to be many more to come. Even a mistake can lead to better role playing and a good time with your group! Have fun with the game, let your mind go wild and imagination run free.

Don't worry about how nerdy you look or how society views the game itself, play it and I'm sure you'll fall in love with it. I regret missing out on the game in my high school and junior high days and plan to make up for it over the coming years - decades even.

May your adventures be grand and your enemies fall, no matter how hard to beat they may seem. Play on!