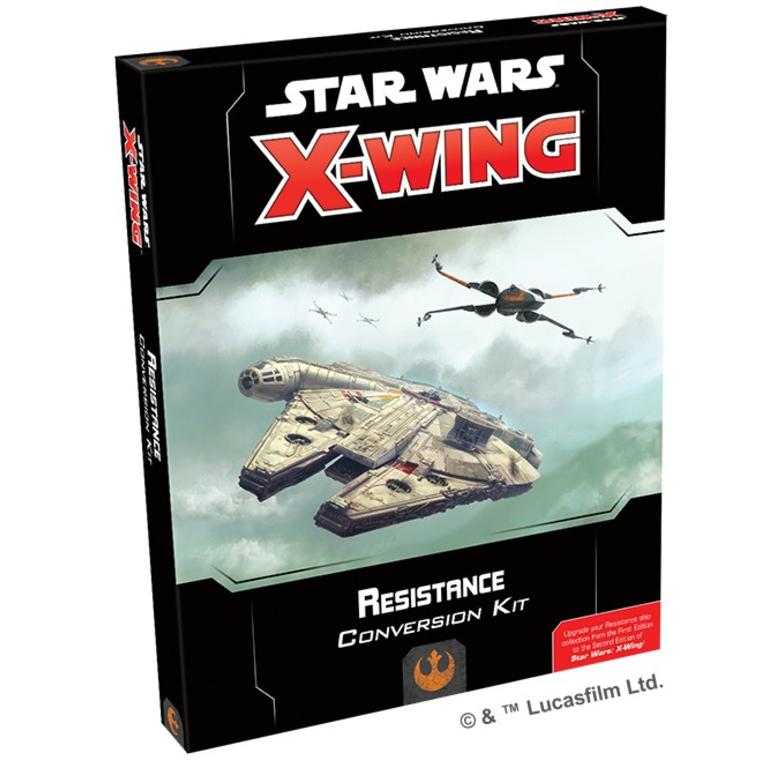 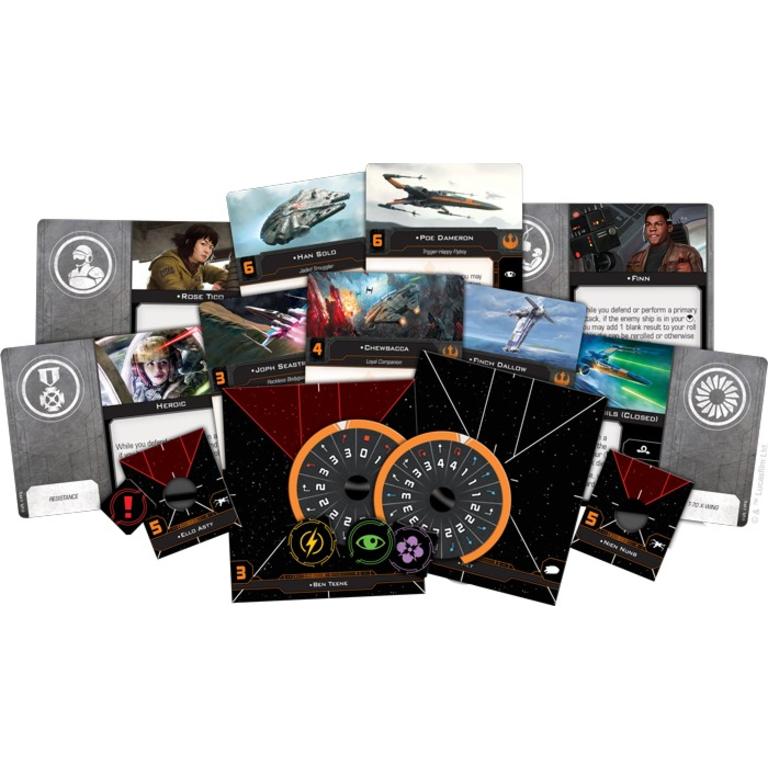 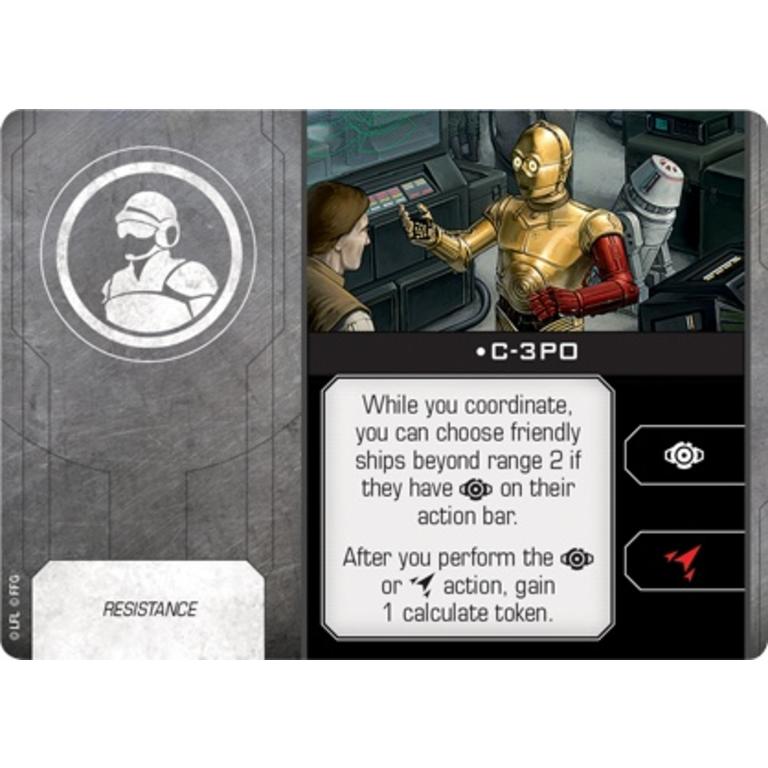 “We have everything we need.”
–Leia Organa, Star Wars: The Last Jedi

The situation is dire. Lurking in the Unknown Regions, the sinister First Order is poised to sweep across the Star Wars galaxy, conquering everything in its path. Now, the Resistance is all that stands in the way of a new era of galactic domination. Launching into battle in a new generation of advanced starfighters, these brave pilots are ready to continue the fight for freedom begun by the Rebel Alliance in the tense ship-to-ship combat of X-Wing™.

Rather than continue as part of the Rebel Alliance, the Resistance is becoming its own unique faction in the new edition of X-Wing, and the Resistance Conversion Kit  is the perfect place to begin building your Resistance squadrons. This conversion kit contains everything that veteran X-Wing players need to rekindle hope and bring their existing T-70 X-wing, Scavenged YT-1300 light freighter, and MG-100 StarFortress miniatures from the first edition into the game's second edition. Alternatively, new players can combine the ship cards, upgrade cards, maneuver dials, and ship tokens in this kit with first edition ship expansions to play with the full strength of the Resistance right away.

While the Resistance carries on the legacy of the Rebellion, it is more than just updated versions of classic starfighters. Most importantly, it is made up of people from across the galaxy, each committed to defending the galaxy from tyranny. In the years since the end of the Galactic Civil War, new heroes have taken their place alongside some of the saga’s most iconic characters, each of them contributing to the fight in their own way.

C$34.47
Out of stock
Article code 841333105587
Now is your chance to pilot some of the most advanced starfighters in the galaxy. Assemble your squadron and recreate thrilling Star Wars space battles with X-Wing Second Edition!

out of stock
Quickview
Fantasy Flight Games
Star Wars - X-Wing 2.0: Core Set
Now is your chance to pilot some of the most advanced starfighters in the galaxy. Assemble your squadron and recreate thrilling Star Wars space battles with X-Wing Second Edition!
C$34.47
Fantasy Flight Games

C$45.87
In stock
Article code 841333105655
The Scum and Villainy Conversion Kit contains everything that you need to take your existing colleciton of first edition Scum and Villainy ships into the game's second edition.

C$36.07
In stock
Article code 841333105617
With the Lando's Millennium Falcon Expansion Pack, you can relive these exploits while adding this iconic ship to your Scum and Villainy squadron.

Quickview
Fantasy Flight Games
Star Wars - X-Wing 2.0: RZ-2 A-Wing
“It’s not every day we get a shot at a dreadnought, so let’s make it count.”
C$17.67
By using our website, you agree to the use of cookies. These cookies help us understand how customers arrive at and use our site and help us make improvements. Hide this message More on cookies »