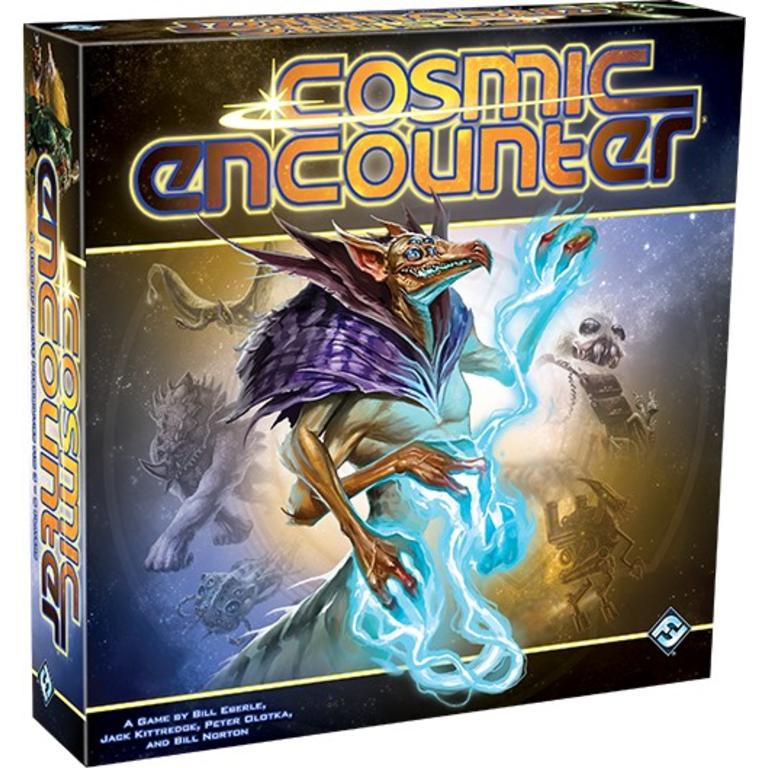 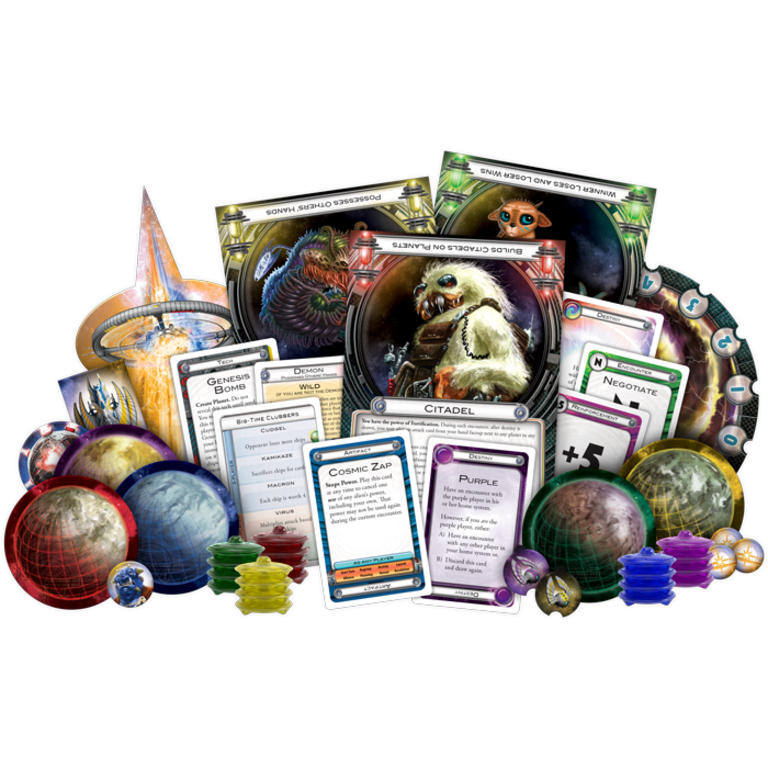 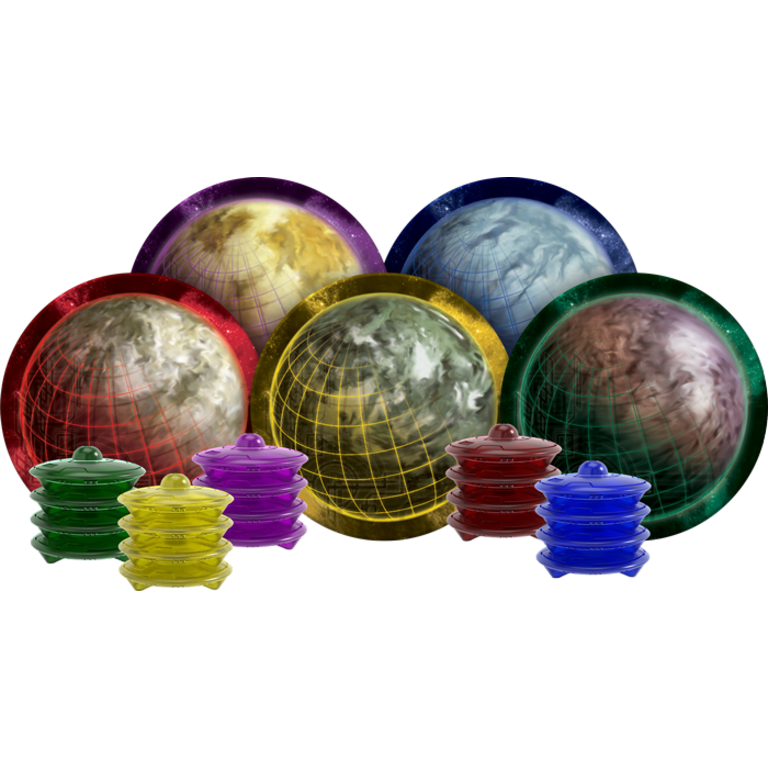 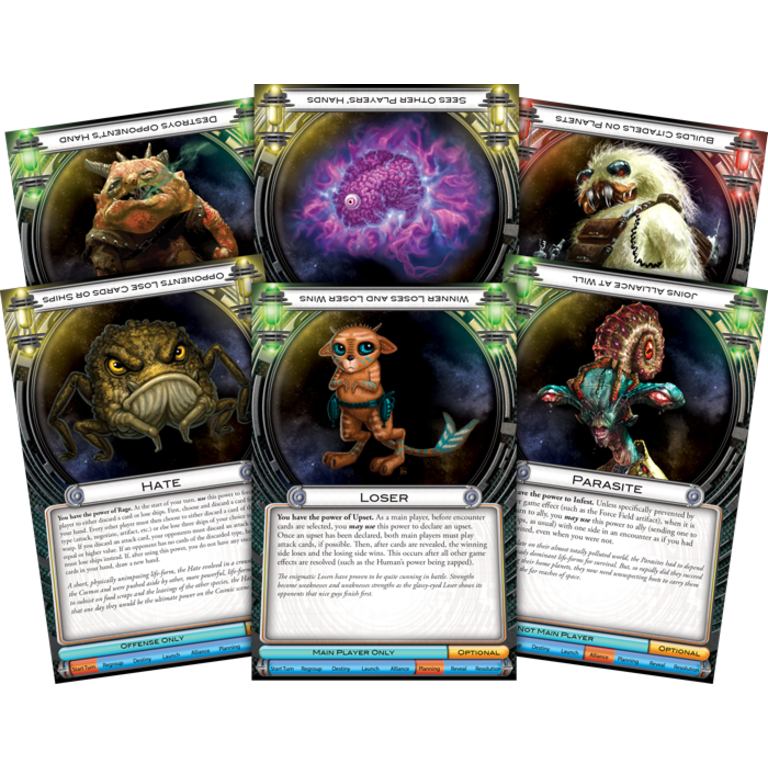 In the depths of space, the alien races of the Cosmos vie with each other for control of the universe. Alliances form and shift from moment to moment, while cataclysmic battles send starships screaming into the warp.

Players choose from dozens of alien races, each with its own unique power to further its efforts to build an empire that spans the galaxy. Many classic aliens from earlier editions of this beloved game return, such as the Oracle, the Loser, and the Clone. Newly discovered aliens also join the fray, including Remora, Mite, and Tick-Tock.

This classic game of alien politics returns from the warp once more. It features 50 alien races, flare cards to boost their powers, 100 plastic ships, a host of premium components, and all-new tech cards that let players research and build extraordinary technological marvels!

No two games are the same!

out of stock
Quickview
Fantasy Flight Games
Cosmic Encounter: Cosmic Dominion Expansion
Thirty new aliens blast their way onto your tabletop. Four new variants allow you to modify the classic Cosmic Encounter experience, and new ship markers
C$29.95
By using our website, you agree to the use of cookies. These cookies help us understand how customers arrive at and use our site and help us make improvements. Hide this message More on cookies »