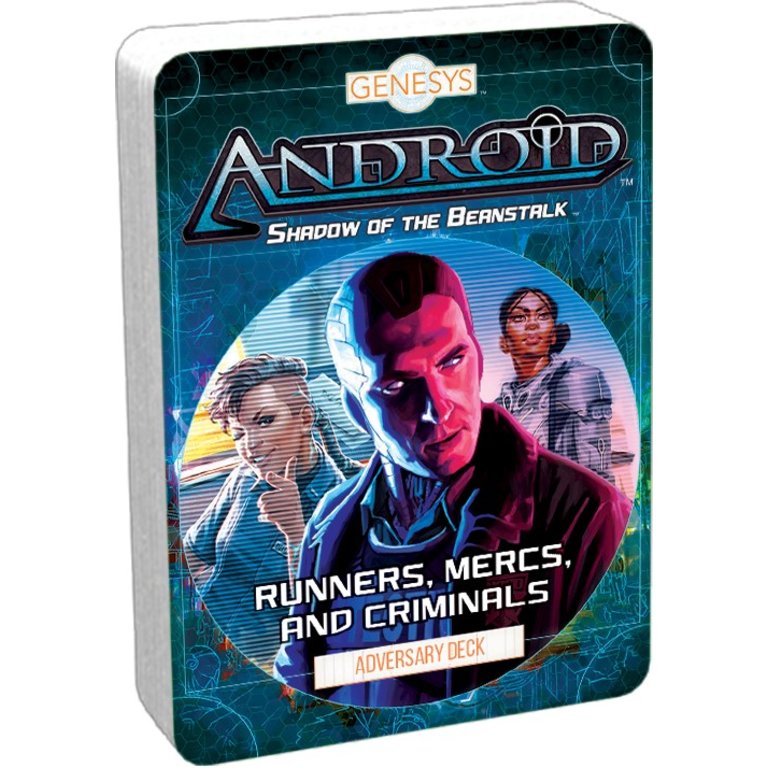 C$10.95
Fantasy Flight Games
Out of stock
Article code 841333108175
The Runners, Mercs, and Criminals Adversary Deck brings some of the most famous (and infamous) characters of the Android universe to your tabletop!
Share this product:

Each of these decks features twenty cards representing powerful adversaries from the Android universe. These cards feature all of the vital stats and information that you need for these characters to be used during your games of Genesys, giving Game Masters the tools to keep the game running while introducing new NPCs into your adventure!

The Runners, Mercs, and Criminals Adversary Deck brings some of the most famous (and infamous) characters of the Android universe to your tabletop--including adversaries that are profiled for the first time within this deck!

The Runners, Mercs, and Criminals Adversary Deck features some of the most famous faces in the Android universe. From clone detective Caprice Nisei, to NBN executive Jackson Howard, to rogue runner Reina Roja, if you want to include individuals who have made their mark in the Android universe in your games, this is the adversary deck for you. While some of these adversaries are featured in Shadow of the Beanstalk, others are profiled for the very first time in this deck! 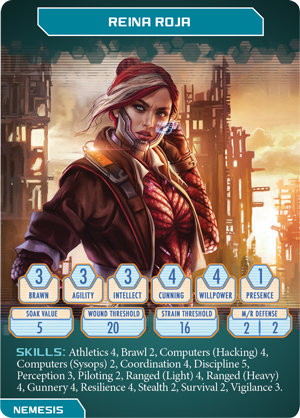 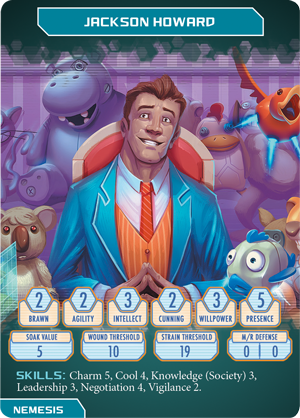 out of stock
Quickview
Fantasy Flight Games
Android: Adversary Deck - Androids, Drones, and Synthetics
With an official population of over 500,000,000 people, you never know who you may run into during your adventures in New Angeles...
C$10.95
By using our website, you agree to the use of cookies. These cookies help us understand how customers arrive at and use our site and help us make improvements. Hide this message More on cookies »