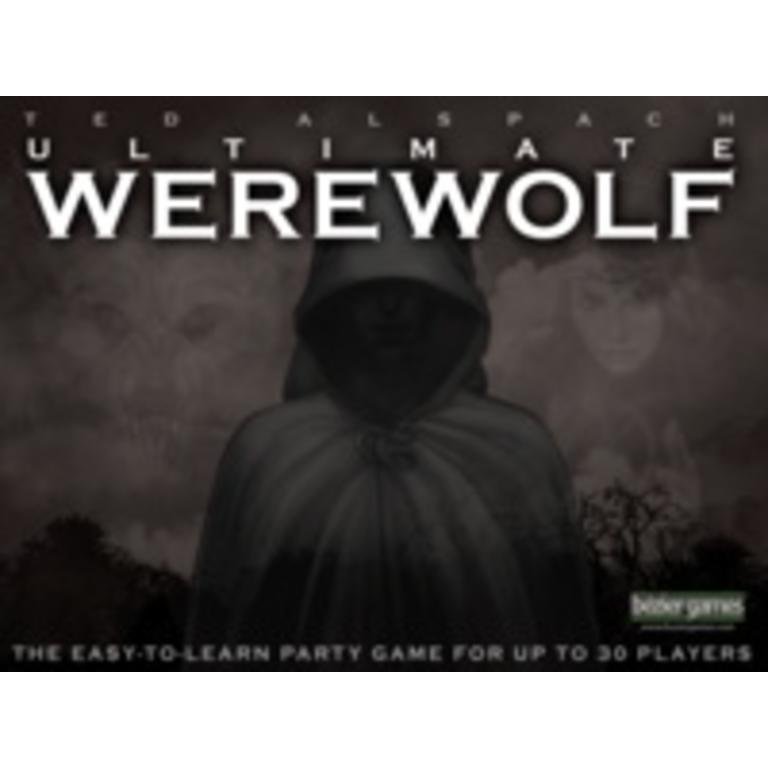 C$19.95
Bézier Games
In stock
Article code 689070014133
Share this product:
Ultimate Werewolf is an interactive game of deduction for two teams: Villagers and Werewolves. The Villagers don't know who the Werewolves are, and the Werewolves are trying to remain undiscovered while they slowly eliminate the Villagers one at a time. A Moderator (who isn't on a team) runs the game.

Ultimate Werewolf takes place over a series of game days and nights. Each day, the players discuss who among them is a Werewolf, and vote out a player. Each night, the Werewolves choose a player to eliminate, while the Seer learns if one player is a Werewolf or not. The game is over when either all the Villagers or all the Werewolves are eliminated.

Ultimate Werewolf, a new edition of the award-winning, best-selling werewolf title from B√©zier Games, has been reimagined to allow new players to quickly get up and running, with a larger box, totally rewritten and simplified rules, and a guide for the included roles. With all-new art and a great new card design, it's the perfect way to introduce groups of 7-30 people to Werewolf.