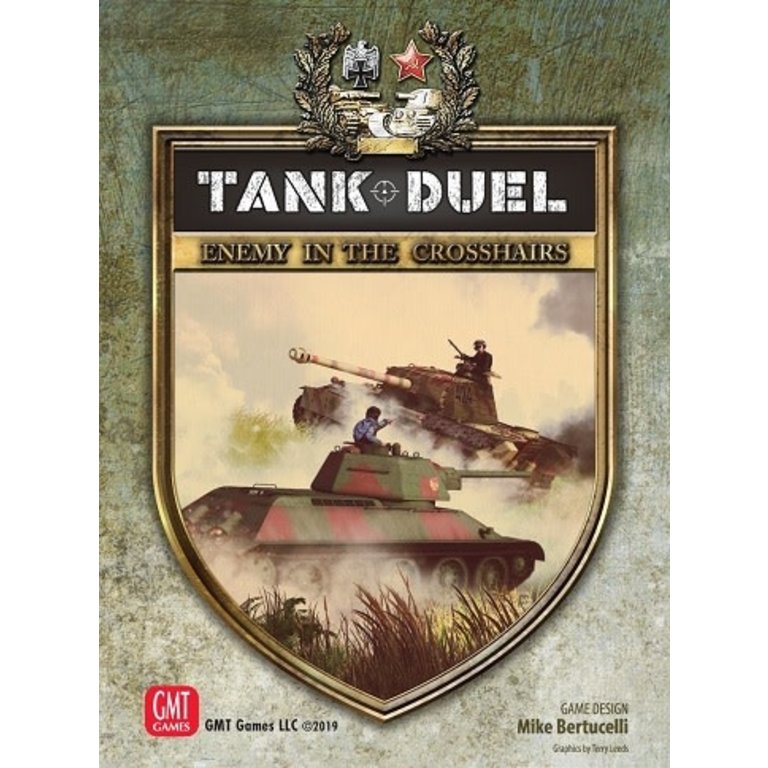 Tank Duel: Enemy in the Crosshairs

Inside the tank, his team is alert and ready. In the confined space of the tank they are in position. Through the radio they hear the call, "I spot 'em at 1600, 100!" Through the narrow rectangular window the driver attempts to locate the T-34. An AP shell is loaded into the breech. The gunner yells, "Ready to fire!" His heart, too, is pounding. Loud sounds now, the gears, the clacking of bogey wheels over terrain, the vibration of the motor... then, "Hull down, hull down," is called out to the driver. The Commander orders, "Traverse, traverse... TRAVERSE!" The turret turns slowly, the sounds of machinery moving but slow, too slow! The alert gunner feels the rush. "I've got 'em in my sights, 1400... 1200! Do you see him, do you see him?" the panic, the fear, the adrenaline are palpable. "I've got 'em, Sir, I've got 'em!" The anticipated command comes as the tanks advance... "FIRE!" The gunner aims, pulls the lever, and it's SHELL AWAY...

Tank Duel: Enemy in the Crosshairs is a tactical tank combat card game for 1-8 players that depicts tank-to-tank warfare on the Eastern Front during the Second World War. Utilizing a simple Action system to keep the action moving at a rapid pace. Players use a deck of Battle Cards to bid for initiative, command their tank, and as an innovative way to resolve actions. Tank Duel includes a variety of scenarios ranging from basic engagements to complex historical orders of battle, and rules are included for Fires, Explosions, Track Damage, Infantry Support, Anti-Tank Guns, Special Ammunition, and much more. Playable tanks include the German Panzer IV, Panther, and Tiger, as well as the Soviet T-34, KV-85, and IS-2. Also included is a non-player automa for engaging and challenging Solitaire play.