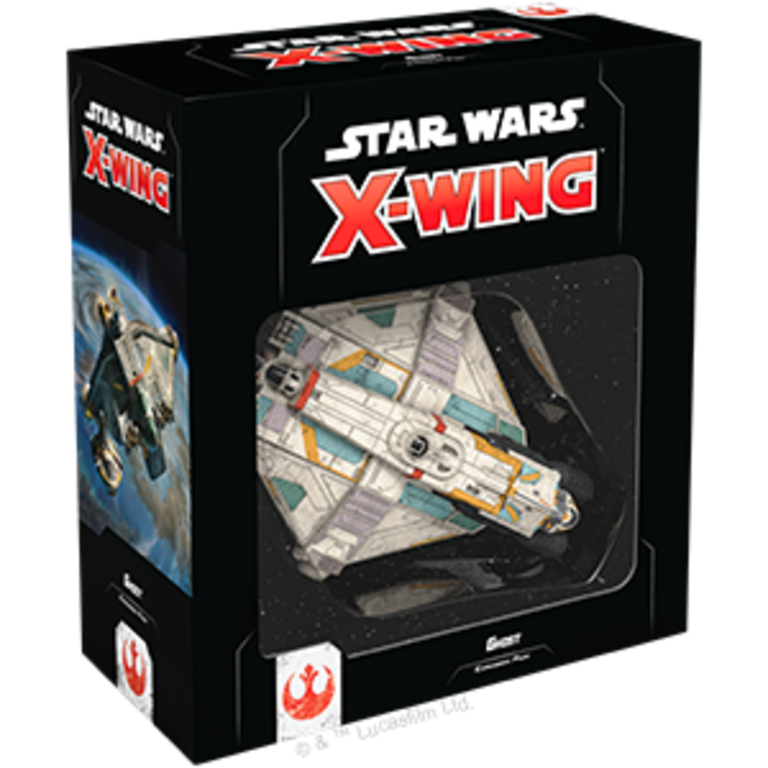 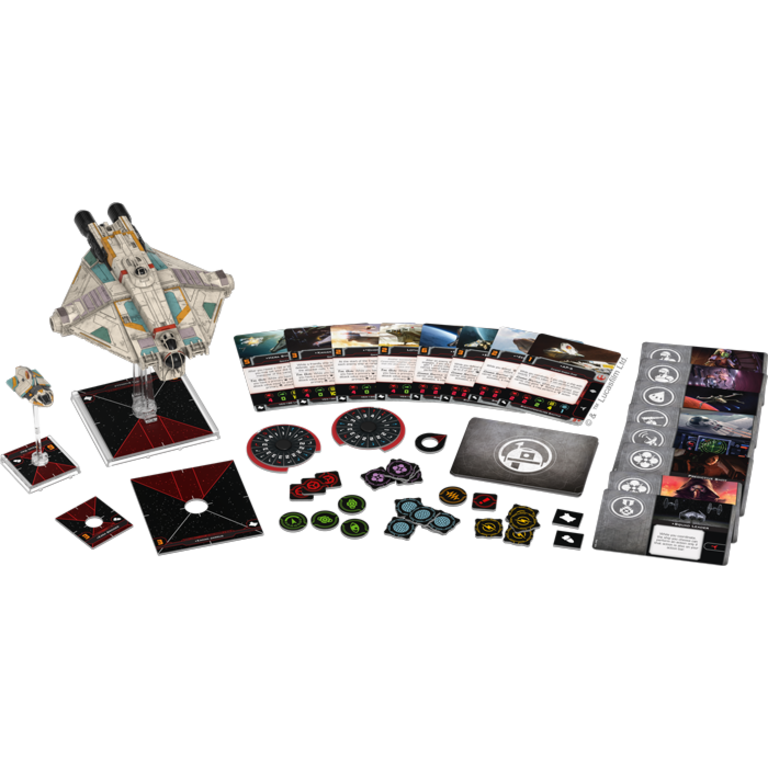 C$69.95
Fantasy Flight Games
In stock
Article code 841333109127
The durable VCX-100 light freighter and nimble Sheathipede-class shuttle can fight as a docked pair or split up to attack from multiple angles.
Share this product:

The durable VCX-100 light freighter and nimble Sheathipede-class shuttle can fight as a docked pair or split up to attack from multiple angles. When helmed by heroes like Hera Syndulla, Kanan Jarrus, and Ezra Bridger, these ships can be some of the greatest assets of the Rebellion.

Working with the Phoenix Cell, these heroes were some of the first to join the fight against the Galactic Empire. In addition to using the Ghost crew in a variety of roles, the VCX-100 platform invites customizability, letting you outfit it with advanced systems, turrets, torpedoes, and more.

You’ll find both a VCX-100 light freighter miniature and a Sheathipede-class shuttle miniature that can physically dock with it in this expansion, giving you the freedom to fly them separately or as a powerful combined force. Alongside these miniatures, new players will also find reprints of eight ship cards—four for the VCX-100 and four for the Sheathipede-class shuttle—as well as sixteen upgrade cards, including your first chance to pair Ezra Bridger and the nefarious Maul in the Hyperspace format. Finally, four Quick Build cards help get you into the battle right away.