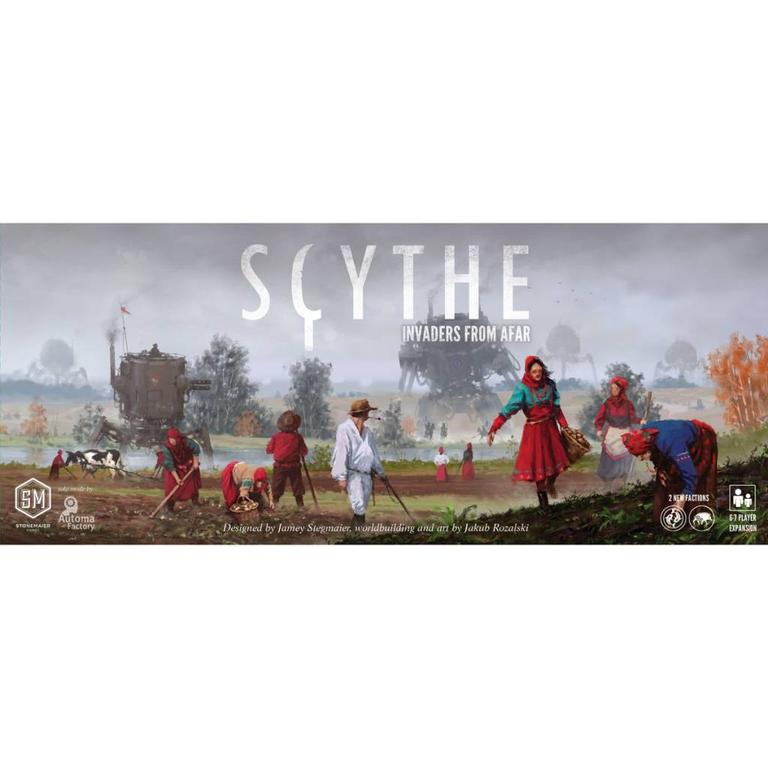 While empires rise and fall in Eastern Europa, the rest of the world takes notice. Two distant factions, Albion and Togawa, send emissaries to scout the land and employ their own distinct styles of conquering. This expansion to Scythe, Invaders from Afar, adds 2 new factions.

Each faction contains the following:

It also includes these components, which allow for Scythe to be played with as many as 7 players:

The expansion works seamlessly with any version of Scythe (i.e., if you have special resource tokens, thats finethe expansion doesnt have any resource tokens). Originally the game was to be capped at 5 players, but I wanted to include 2 new player mats in the expansion. I realized that some people were going to use the mats to play 6-7 player games no matter the what the box says, so I needed to make sure the game worked for them! To scale up, the expansion includes alternate abilities for some of the original factions.