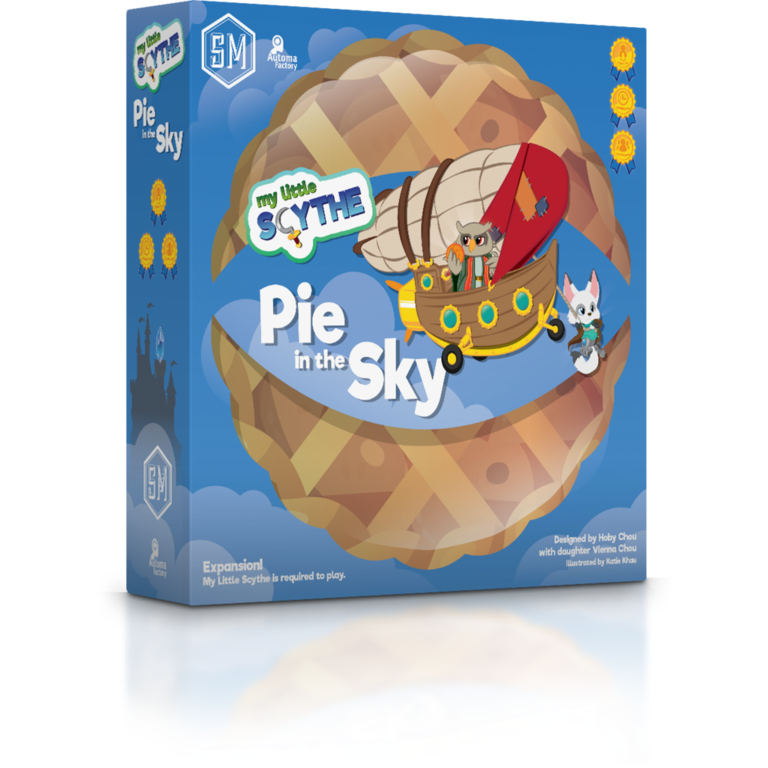 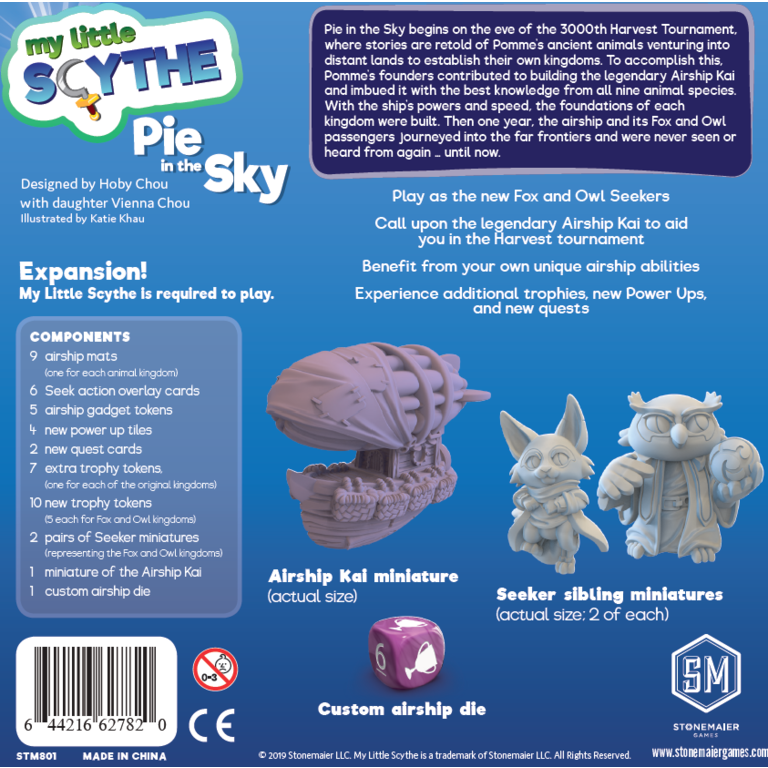 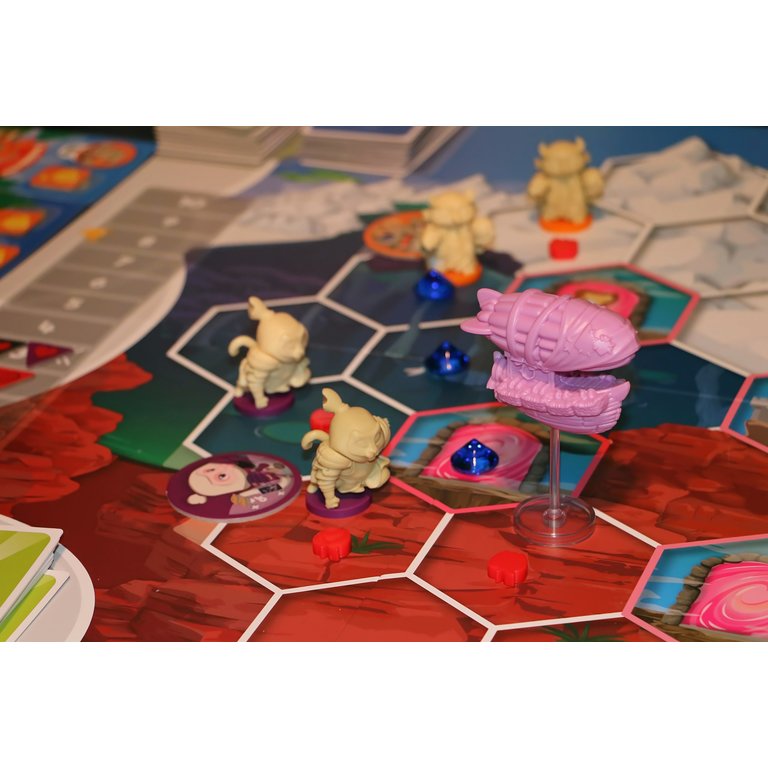 My Little Scythe: Pie in the Sky

Pie in the Sky begins on the eve of the 3000th Harvest Tournament, where stories are retold of Pomme’s ancient animals venturing into distant lands to establish their own kingdoms. To accomplish this, Pomme’s founders worked together to build the legendary Airship Kai, imbuing it with the best knowledge from all nine animal species. Sharing the ship’s powers and speed, each kingdom established its foundations. But one year, the airship and its Fox and Owl passengers journeyed into the far frontiers and were never seen or heard from again … until now.

As animals gather for the milestone tournament, the fabled lost airship emerges from the horizon, carrying Seekers from the Fox and Owl kingdoms. As if this reunion isn’t reason enough for celebration, Pomme’s Seekers realize that Airship Kai still responds to each animal species. The stage is set for the greatest Harvest Tournament in 3000 years!

*This is an expansion. My Little Scythe is required to play.

Back to home
Stonemaier Games

out of stock
Quickview
Stonemaier Games
My Little Scythe
C$49.95
By using our website, you agree to the use of cookies. These cookies help us understand how customers arrive at and use our site and help us make improvements. Hide this message More on cookies »