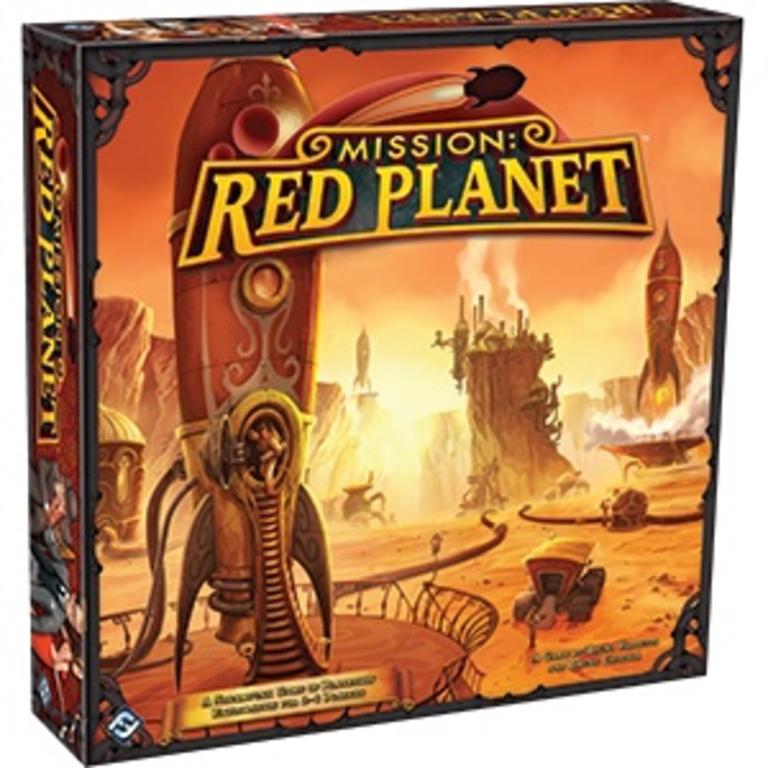 C$64.95
Fantasy Flight Games
Out of stock
Article code 841333100025
Share this product:
Mission: Red Planet is a steampunk-themed board game of planetary exploration designed by Bruno Cathala and Bruno Faidutti. As the leaders of ruthless Victorian-era mining corporations, two to six players compete to harvest the priceless mineral ores and ice found on the planet Mars. Players collect points for the resources they amass and the secret missions they complete. The player with the most points wins!

A team of nine canny characters guides your corporations astronauts on their expedition. Each round you play a single character in order to send your astronauts into space, make secret discoveries about the zones you occupy, or sabotage other corporations. Youll need to develop a clever plan, keep an eye on your competitors, and even use a few dirty tricks to win the race for the red planets riches in this fast-paced, hotly competitive game!

One rulebook
One Game Board of Mars, one Moon of Phobos, and one Lost in Space Memorial
One Launchpad and one Round Tracker
132 sculpted plastic Astronauts
36 Ship Cards and 54 Character Cards
30 Event Cards and one Global Mission
Over 150 Resource, Point and Destination Tokens