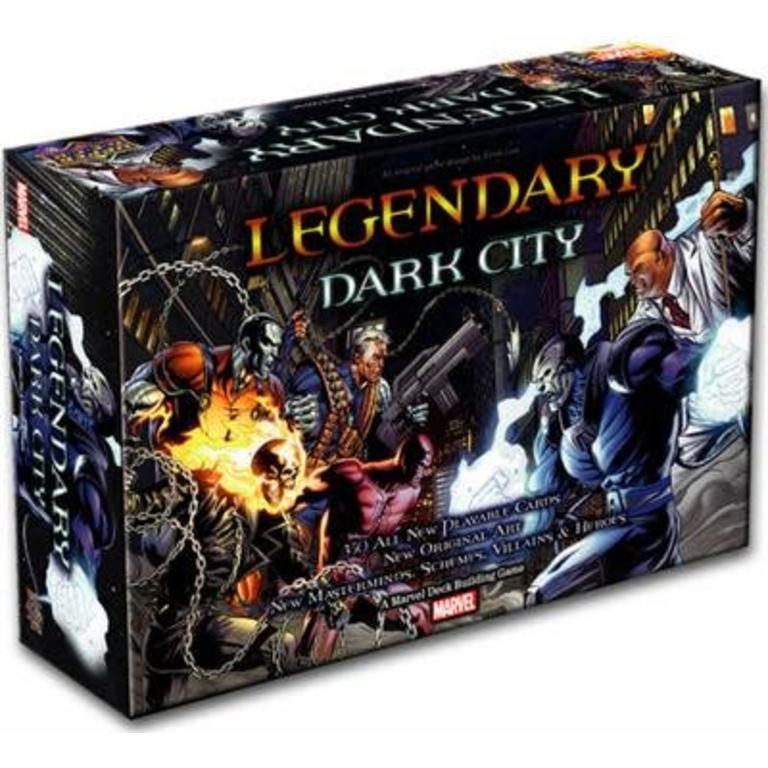 There is a darkness rising in the world of Legendary: A Marvel Deck Building Game

Dark City, the first expansion to "Legendary: A Marvel Deck Building Game" brings an entirely new level of play to the critically acclaimed card game. In Dark City, players can use any of the new heroes including Cable, Professor X and Blade to face off against all new villain groups such as The Four Horsemen of the Apocalypse and The Mutant Liberation Front! Dark City also features 8 new schemes and 5 incredibly tough all new Masterminds for players to try and defeat. It is now up to you to defeat evil and become Legendary!

**This is not a standalone product, Legendary: A Marvel Deck Building Game required to play.**