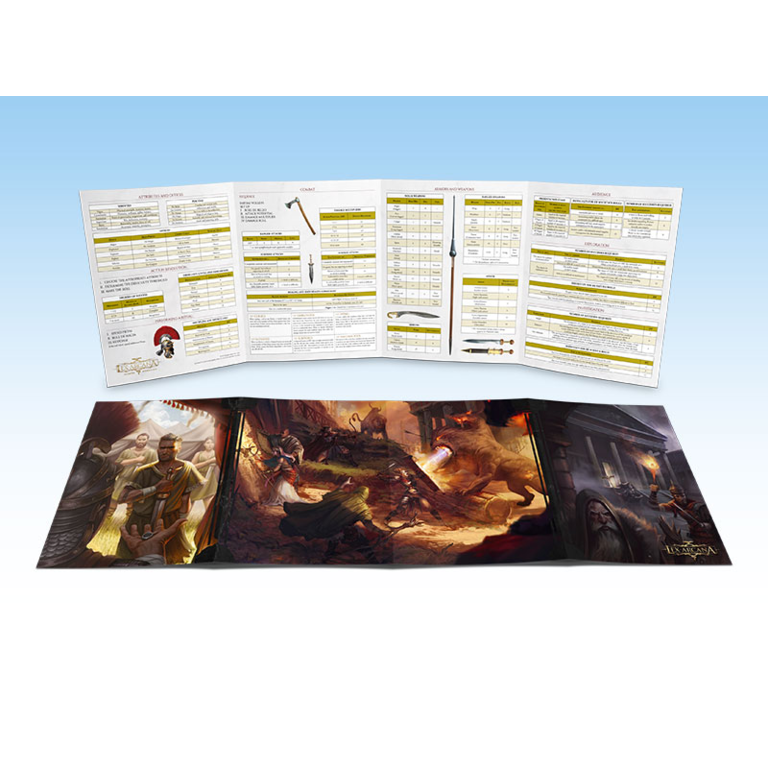 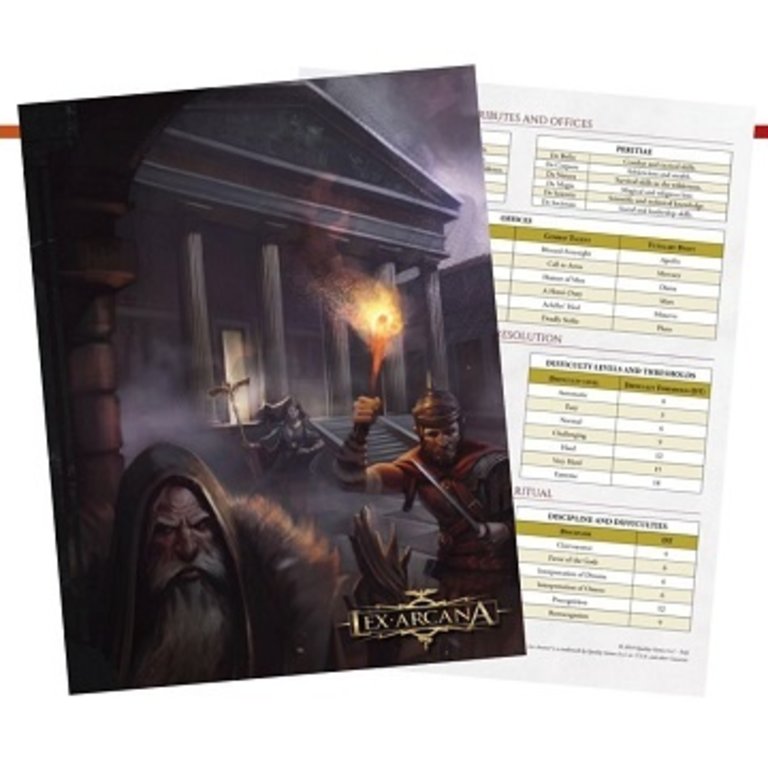 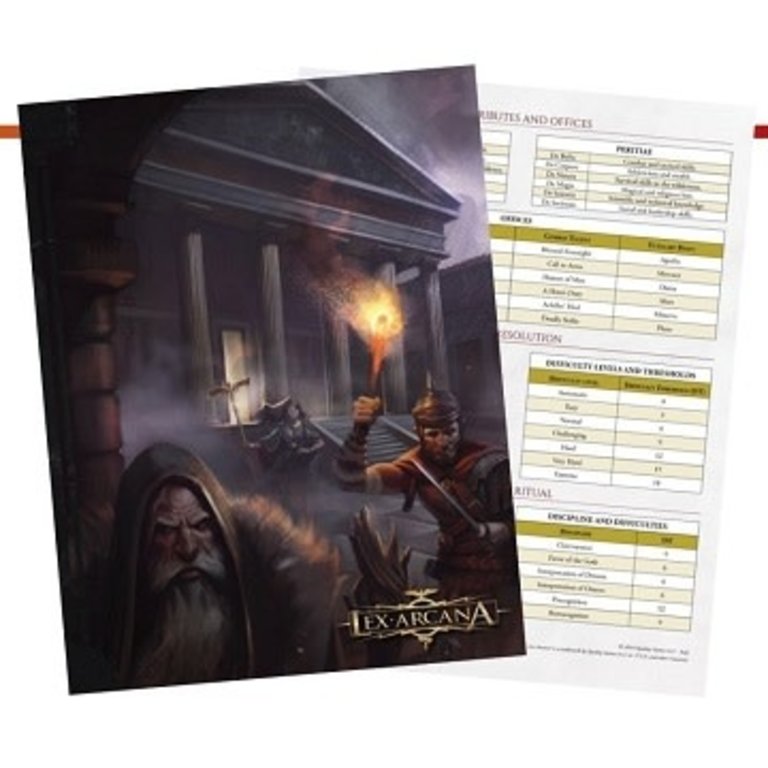 The Demiurge Screen is the essential game accessory for Lex Arcana - An Empire without End, a roleplaying game whose unique setting merges history of Ancient Rome with mythology and legend.

This Demiurge Screen is realized in full color cardboard, with the game master's side completely filled with essential reference tables to manage the Lex Arcana game sessions as, for example, the Attributes and Offices table, the Action Resolution sequence, or the Performing a Ritual sequence.

The Players' side is illustrated with wonderful and original artwork, that represents at the best the essence of the game setting. Behind the screen, the Demiurge conducts the Custodes from misty Britain to the immense rivers of Babylonia, from the Egyptian deserts to the beautiful beaches of Italy, through incredible adventures for the glory of Rome and an Empire without end!

The adventures awaiting the Custodes are as numerous as the Empire the Cohors Arcana must defend is large. For the glory of Rome and an Empire without end!