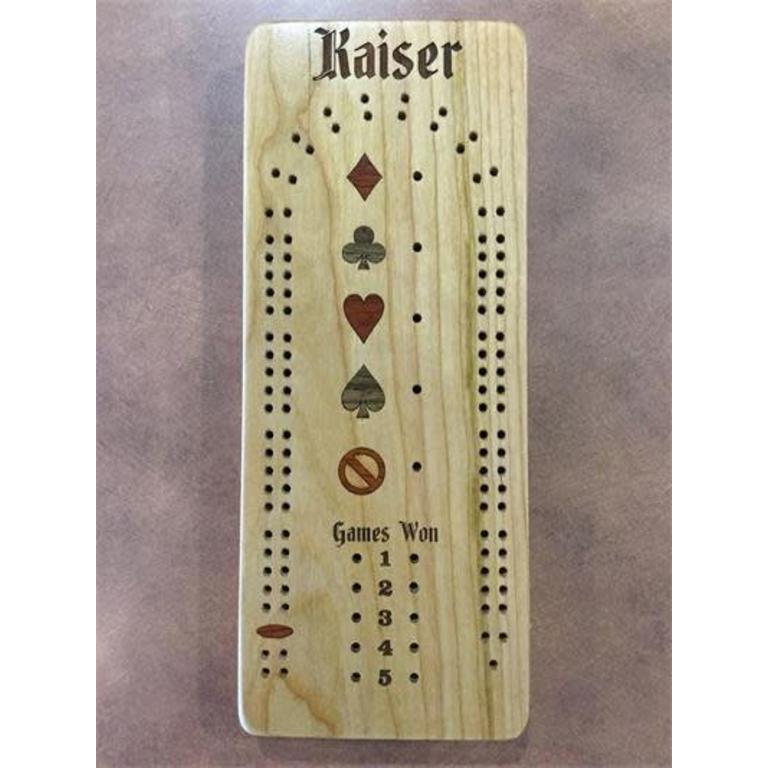 C$32.95
Unique Wood Products
In stock
Article code 0086362005014
Share this product:
Kaiser is played by four people: two teams of two players each. Unlike many card games, only 32 cards are used out of a normal 52-card deck. The deck contains the cards from eight to ace inclusively (8, 9, 10, jack, queen, king, ace) for each suit. The other four cards are the seven of clubs, seven of diamonds, five of hearts and three of spades. All 32 cards are dealt out: eight to each player. The cards may be dealt in any order to any player at so long as each player ends up with eight cards.

The game board is made with solid Cherry Wood and comes with Metal pegs. Playing cards are not included.
By using our website, you agree to the use of cookies. These cookies help us understand how customers arrive at and use our site and help us make improvements. Hide this message More on cookies »