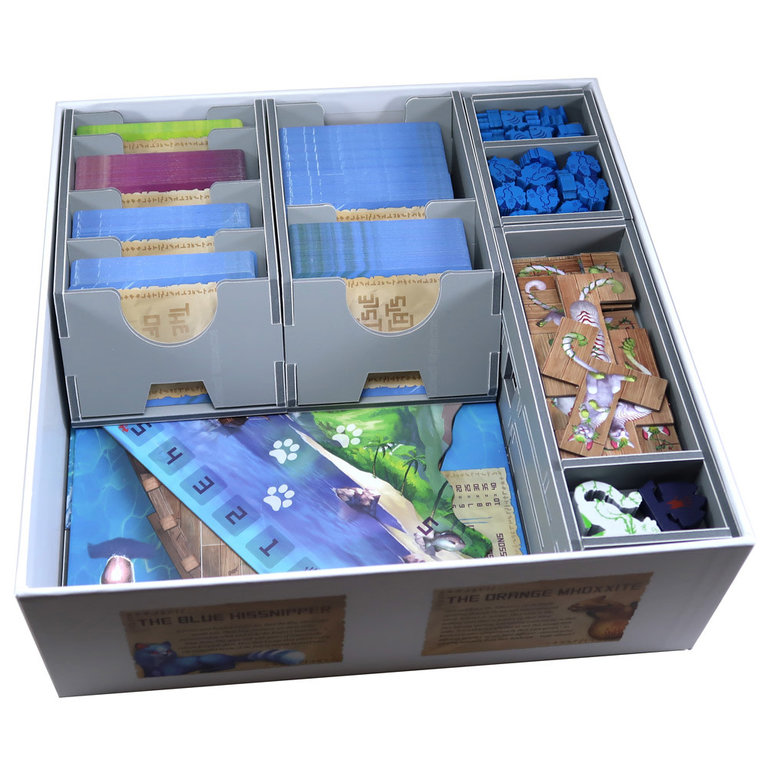 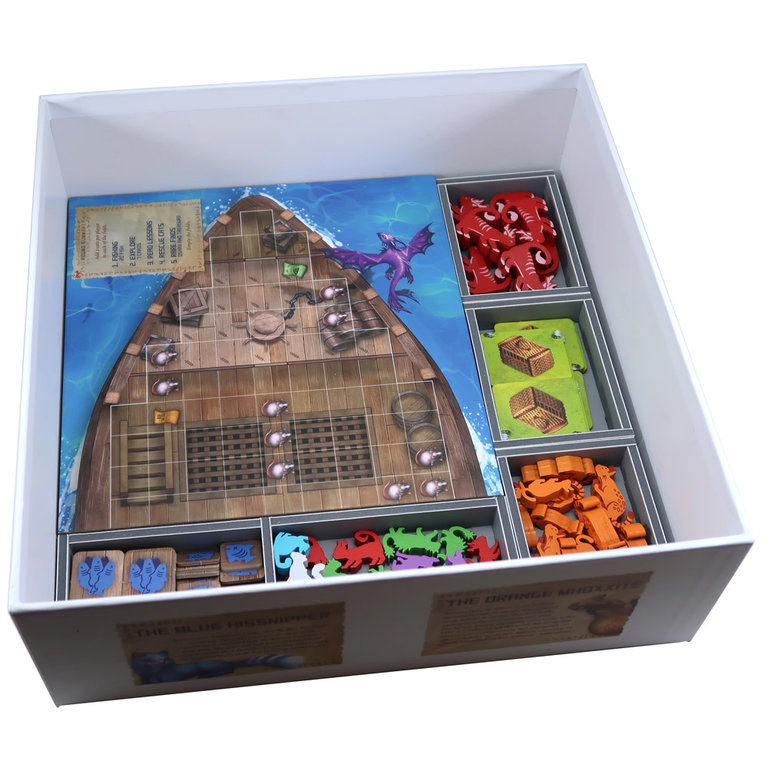 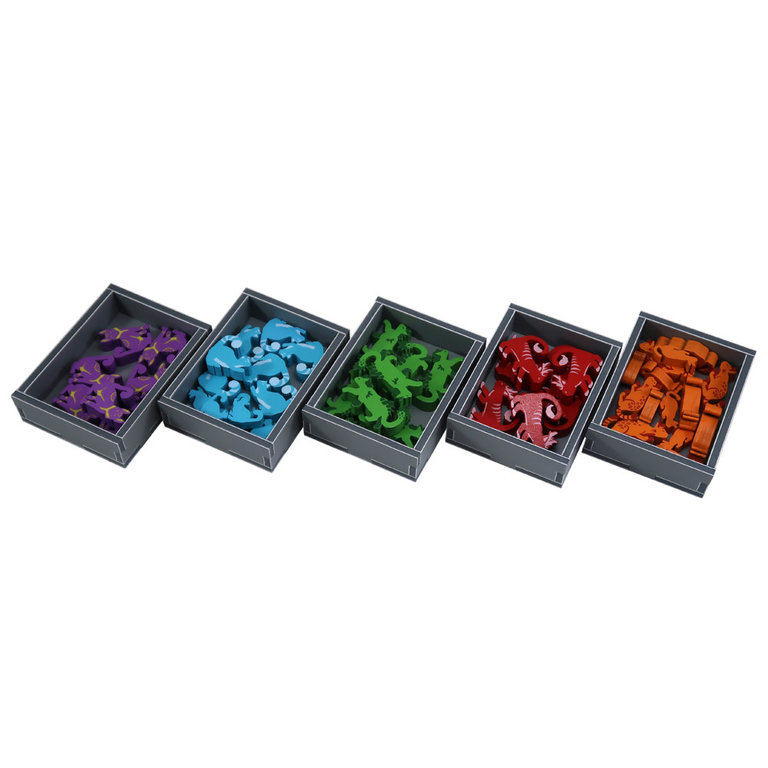 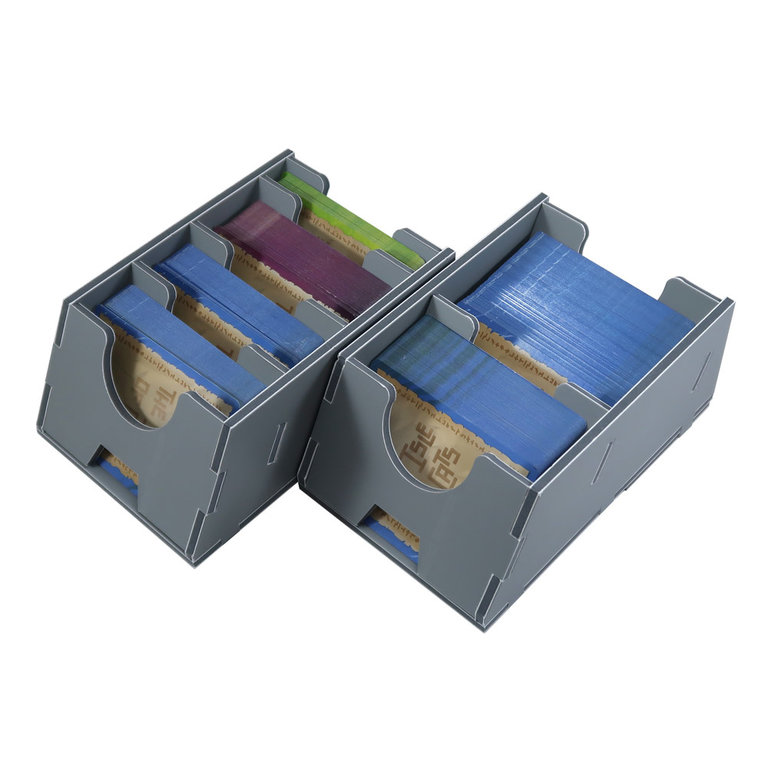 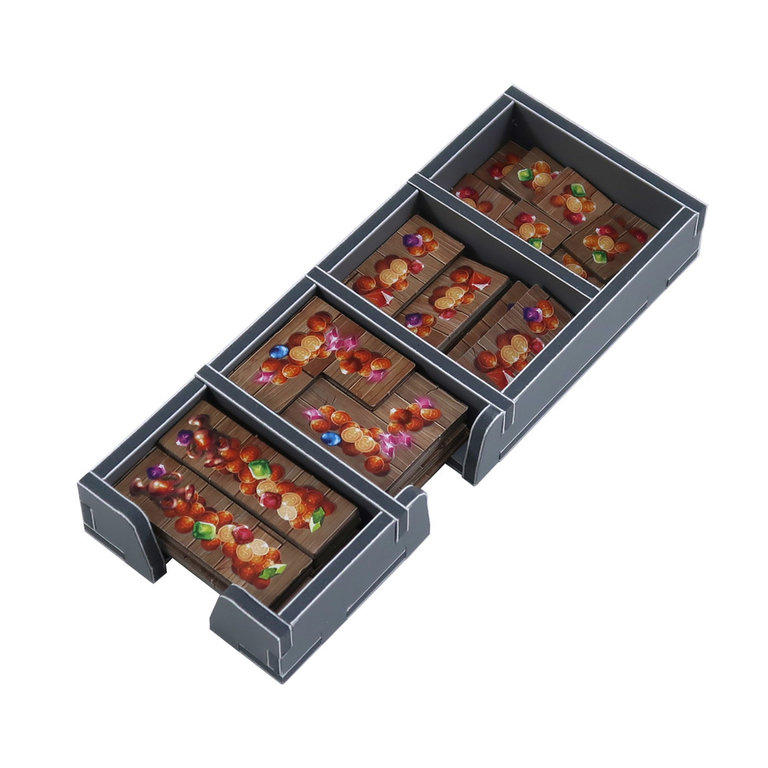 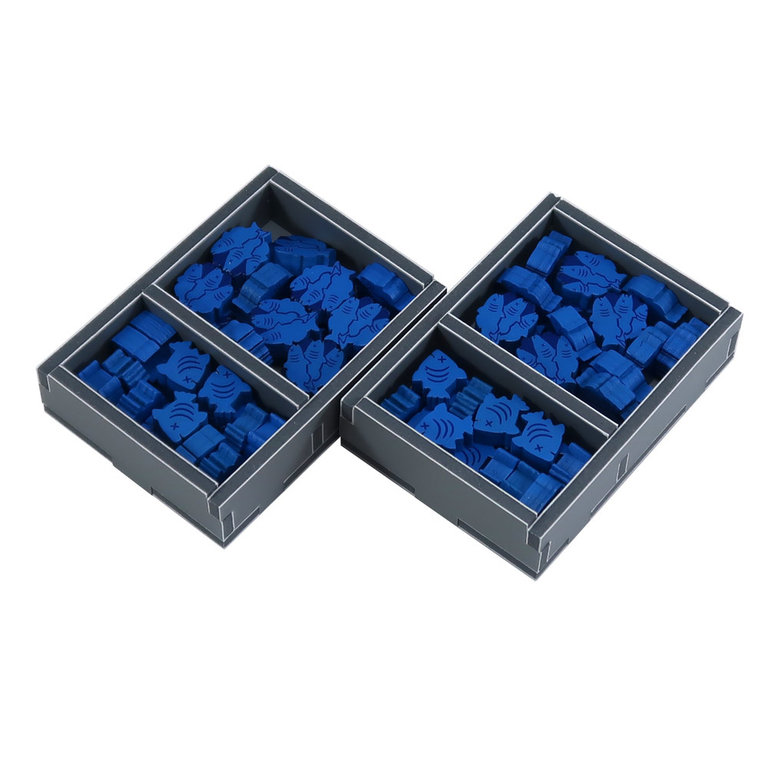 Insert for The Isle of Cats & Expansions

Insert compatible with The Isle of Cats®, including the Late Arrivals® and Kickstarter Pack® expansions. The design provides both efficient storage and improved game play. Many of the trays can be utilized during the game, and they greatly aid set-up and clear-away times.

The trays are arranged in up to four layers. The player boards are placed at the bottom, and the top board is off-set to cover the long tray on the bottom.

The insert includes trays for storing and organizing all the game components. Each component type has its own slot, and all the trays can be used during game play. There is also one long tray for storing the card fish tokens and smaller cat figures from the base game that don't fit in the player trays.

There are two large trays for large cards, with slots sized for each of the card types. The trays have bases and can be used during the game to hold the various decks. They are sized for sleeved cards.

When packing the box, first place the bag of cat tiles in the space in front of the card trays. The score pad goes next, on top of the bag. Then lastly place the rule books on top on the left hand side, the token trays are slightly taller to hold everything in place. This fully fills the box and allows for vertical storage of the game.

Back to home
The City of Games

The Isle of Cats

C$58.95
Out of stock
Article code 5060716750007
You are citizens of Squall’s End on a rescue mission to The Isle of Cats and must rescue as many cats as possible before the evil Lord Vesh arrives.

Quickview
The City of Games
The Isle of Cats: Late Arrivals Expansion
This expansion adds new content and support for up to 6 players.
C$28.95
By using our website, you agree to the use of cookies. These cookies help us understand how customers arrive at and use our site and help us make improvements. Hide this message More on cookies »