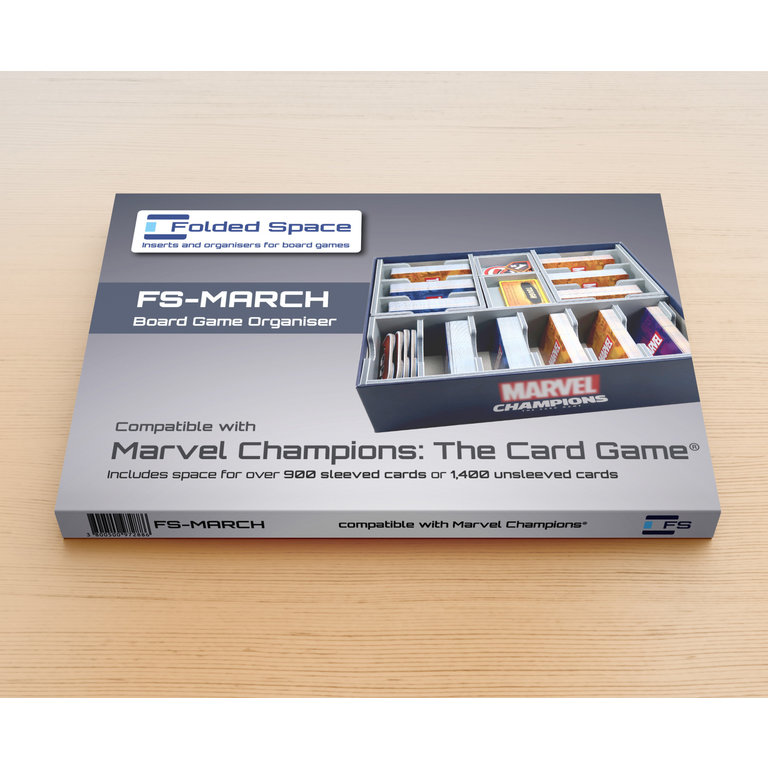 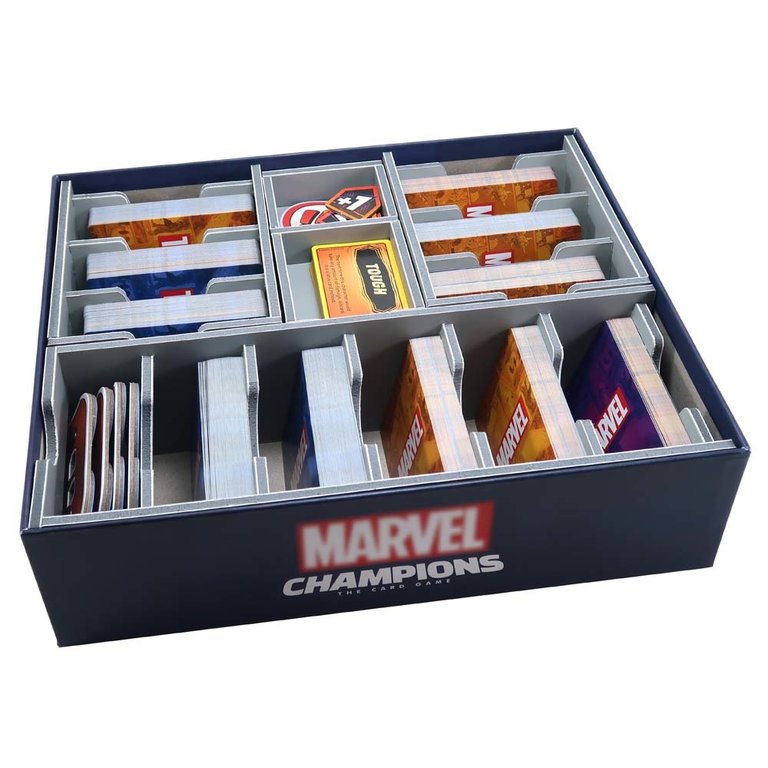 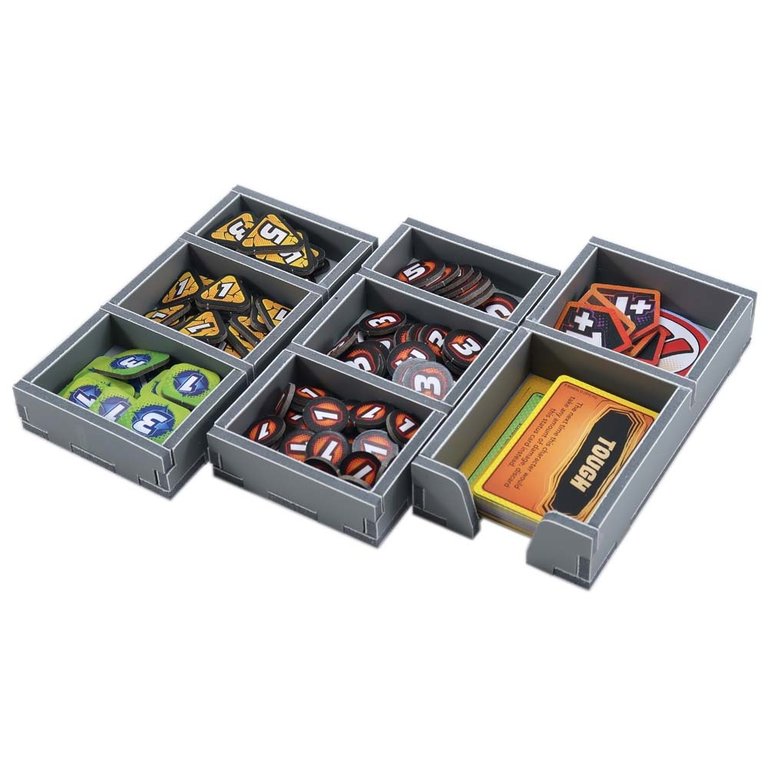 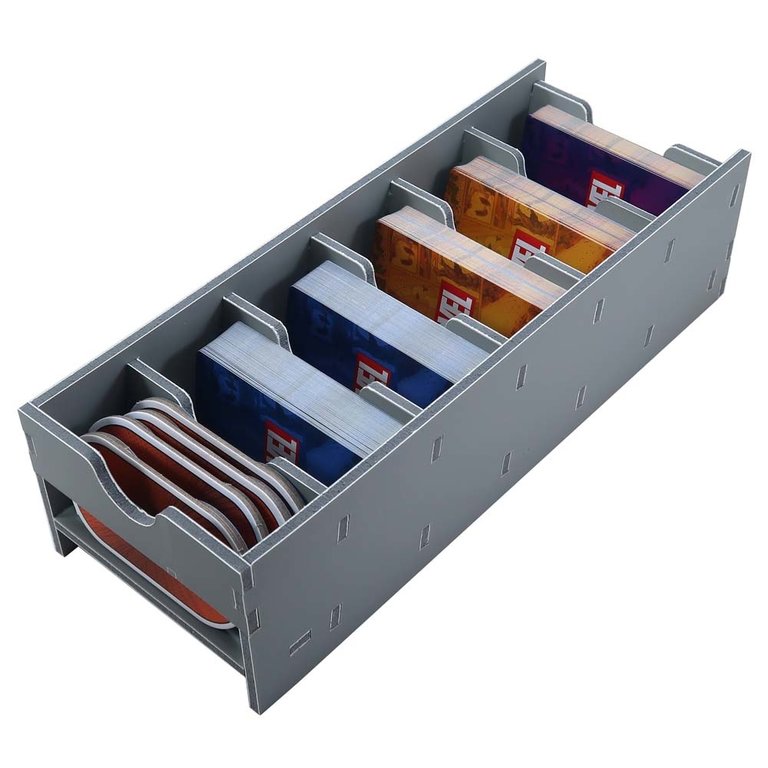 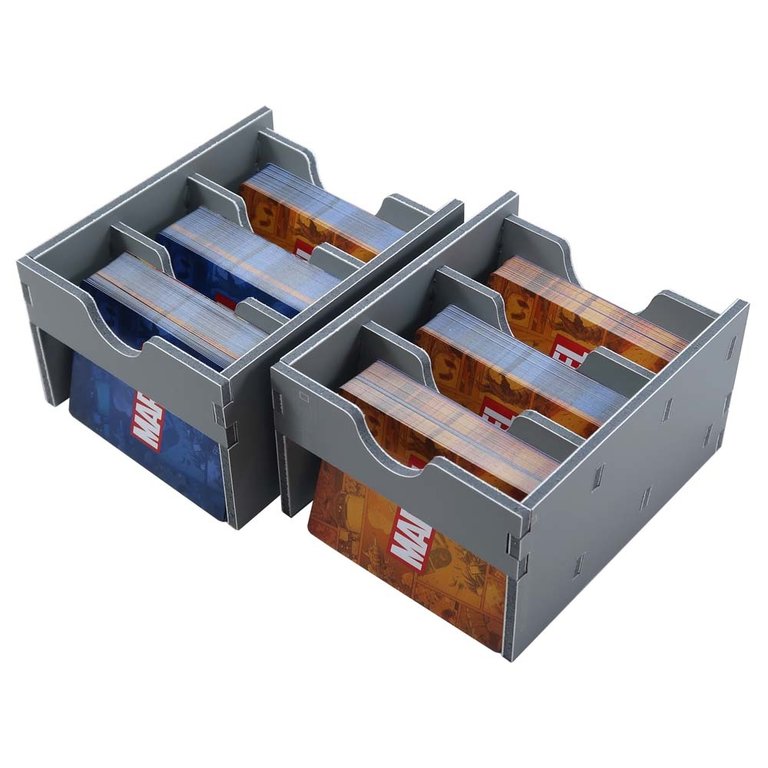 Insert compatible with Marvel Champions: The Card Game®, with space for over 900 sleeved or 1,400 unsleeved cards. The design provides both efficient storage and improved game play. Many of the trays can be utilised during the game, and they greatly aid set-up and clear-away times. The rules act as a lid on top of the trays.

The insert has space for numerous expansion packs. The token trays are arranged in three layers.

There are the three token trays. There is one tray for the all-purpose counters and threat tokens, and a second identical tray for the damage tokens. The third tray is for the status cards, and the acceleration & first player tokens.

The main card tray which takes up one whole side of the game box has no base and is designed to remain in the game box. The tray also has a special slot at one end for storing the player hit point dials.

There are two further trays for storing card decks. These again have no base and should be left in the game box.

When packing the box, first place the villain hit point dial on top of the status card tray. The scenario rule booklets can be stored as shown on top of the two smaller card trays. Then place the two large rule books on top.  This fills the box completely and allows for vertical storage of the game.