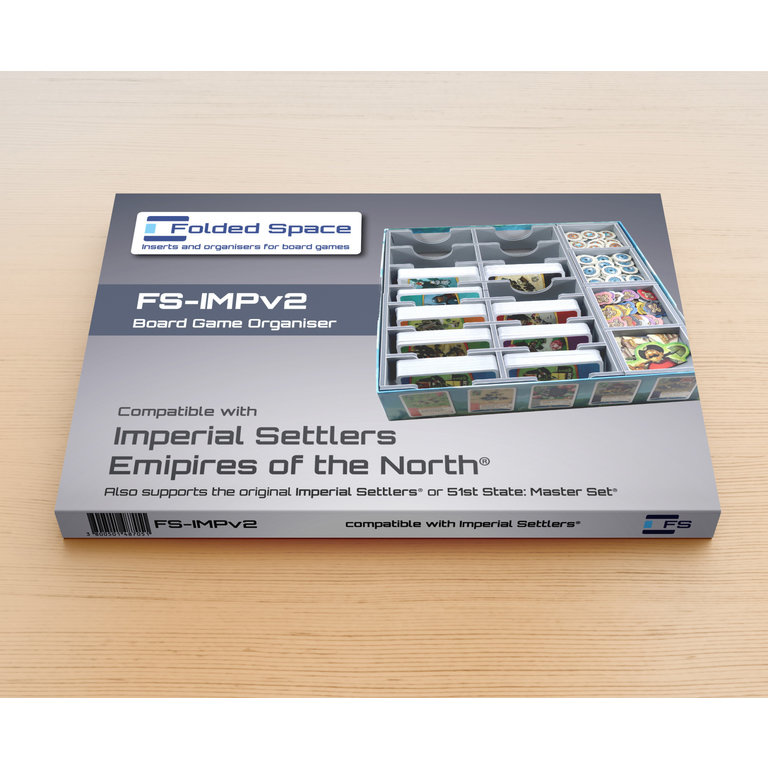 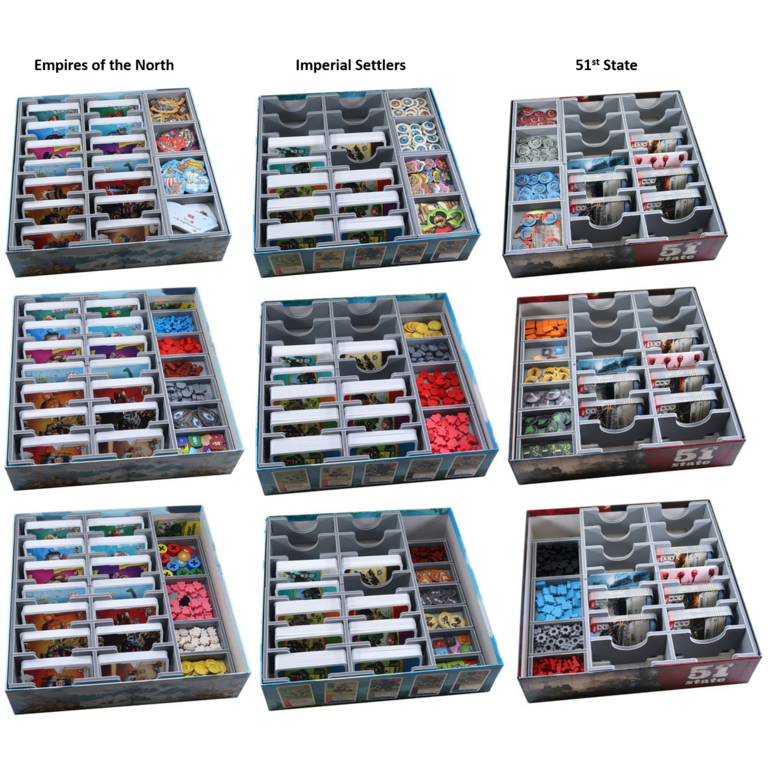 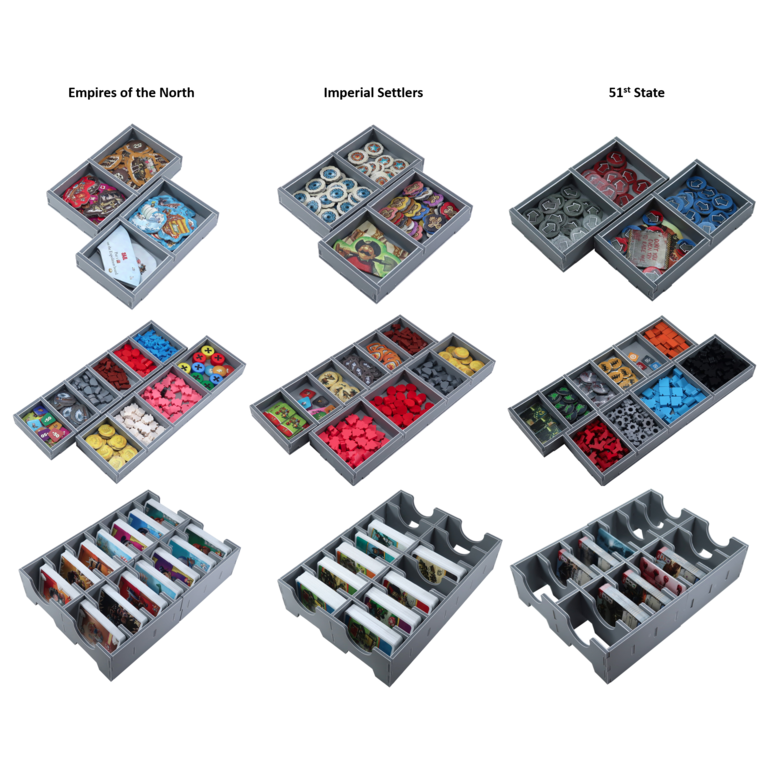 Insert for Imperial Settlers, 51st State and Empires of the North

Note:  Insert designed for game with external box dimensions of  29.6 x 29.6 x 7.2 cm. This is the second version of Folded Space's insert for Imperial Settlers as well as the second version of their insert for 51st State. Note also that when used with Imperial Settlers, there is approximately 4 mm of lid-lift when the box is fully loaded and 6mm of lid-lift off for 51st State.

The new design of FS-IMPv2 means that the insert works equally well with the Pegasus Spiele edition of Imperial Settlers, which has larger wooden pieces.

The trays are arranged in up to three layers.

The insert includes two smaller trays and two longer ones:

• Imperial Settlers - The smaller trays can be used for storing the technology and blessing tokens, with the longer trays for the other markers and tokens

• 51st State - The smaller trays are for storing the contact and large tokens leaving the remaining tokens and pieces to be stored in the long trays, with slots for each type.

The twelve large slots in the card trays are sized to store two sleeved clan decks each for Empires of the North. Once further expansions are released for the game this will allow for new decks to be added to the insert. The two island decks should be stored in the smaller central slots.

To allow vertical storage of the game, pack the box starting with placing the main rule book on top of the trays to cover them, followed by:

• Empires of the North - Placing the scoreboard and expedition board side by side, then placing the remaining rule booklets on top.

• Imperial Settlers - Placing the score board and two of the faction boards. Next, place four more faction boards (if you have a seventh faction board it can be placed vertically down the side of the trays inside the box) and finishing with placing the rule booklets from the expansions on top.

Back to home
Portal Games

Imperial Settlers: Empires of the North

out of stock
Quickview
Portal Games
Imperial Settlers: Empires of the North
Take on the role of leader of the Vikings, Scots, or Inuit, and make your faction into the best empire in the world!
C$68.95
By using our website, you agree to the use of cookies. These cookies help us understand how customers arrive at and use our site and help us make improvements. Hide this message More on cookies »