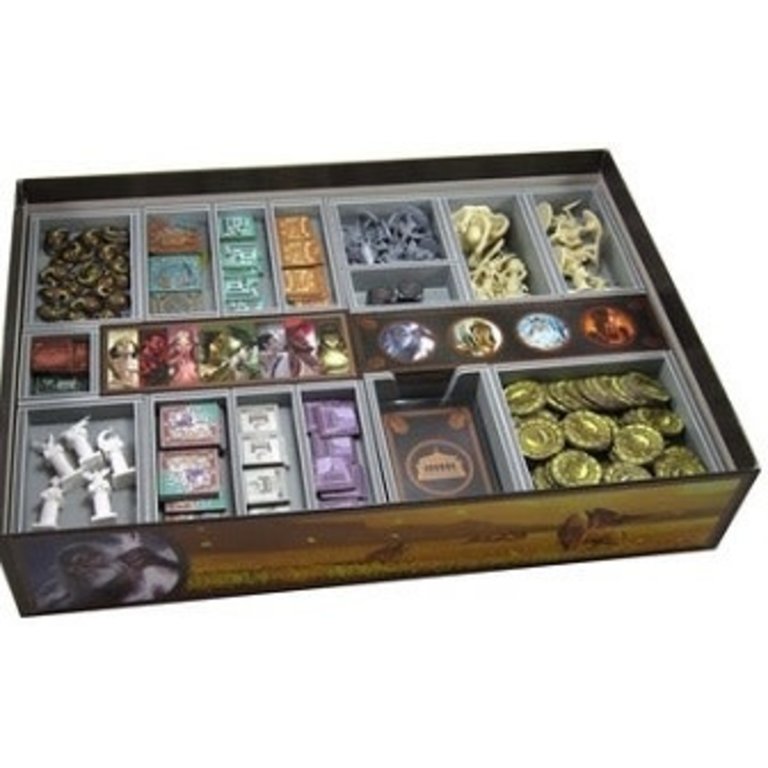 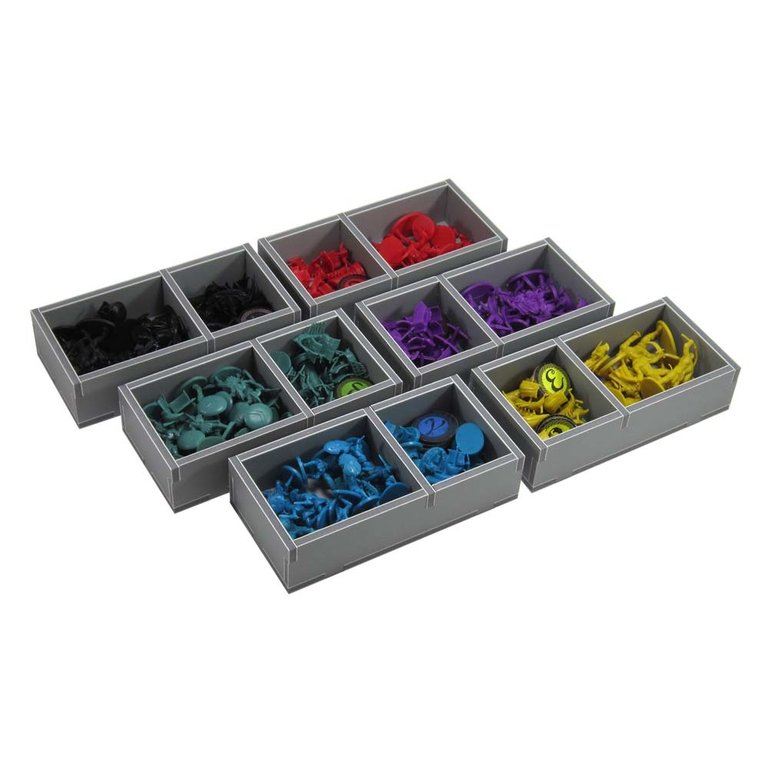 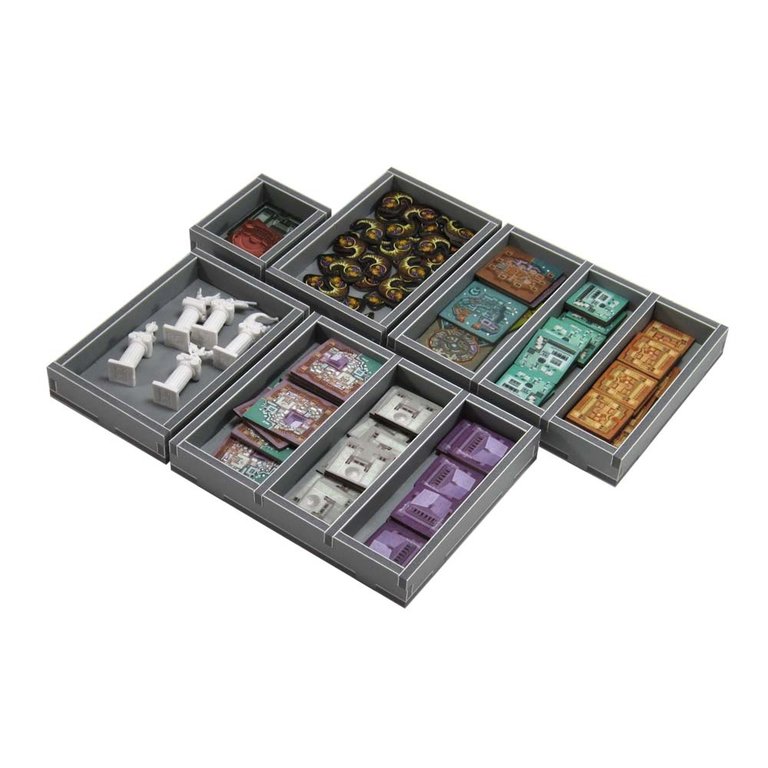 Insert compatible with Cyclades®, and the Titans®, Monuments®, Hades®, Hecate® and Ancient Ruins® expansions. The design provides both efficient storage and improved game play. The trays can be utilised during the game, and they greatly aid set-up and clear-away times.

With the divine favour, large gods and top layer of trays removed you can see the second layer of trays underneath. There are trays  to store the prosperity markers, the divine artifact figurines, metropolis and building tiles. Each can be placed around the board within easy reach of the players.

There are six trays for the player pieces, one per faction colour. There is space in each to store the titan figurines from the Titans® expansion. The trays are split to store offering, ship and territory tokens separately from the other figurines.

There are trays for all the remaining figurines. The monsters and heroes have separate trays. There are two trays for the monument miniatures and one for the undead figurines and dice. The last tray is a spare tray which can be used to store the faction coloured dice if you have them.

The last trays are for the large cards and the gold pieces. The card trays are large enough to store sleeved cards, and there are two separate gold trays so that they can be placed on either side of the board during game play.

The boards and rules go on top of the trays acting as a lid, allowing the game to be stored vertically. This game has a lot of boards and larger tile components, and it is important to stack them correctly to allow the box lid to close flush with the box base.

First go the two main game folding boards, which go back to back with the smaller folded pieces being placed together. This is followed by the large Titans board. Next goes the folded god tile board extension from the original game, with the alternative god tile board on top. The player screens and rules go last. If you have the cloth bags upgrade these can also be added to one side of the rules.

out of stock
Quickview
Matagot
Cyclades: Monuments Expansion
C$23.95
By using our website, you agree to the use of cookies. These cookies help us understand how customers arrive at and use our site and help us make improvements. Hide this message More on cookies »