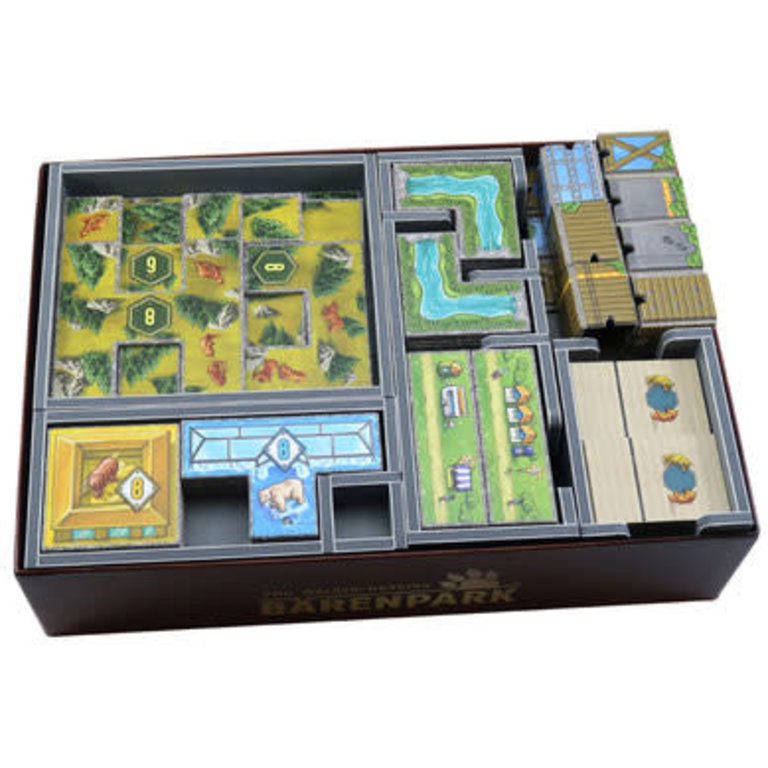 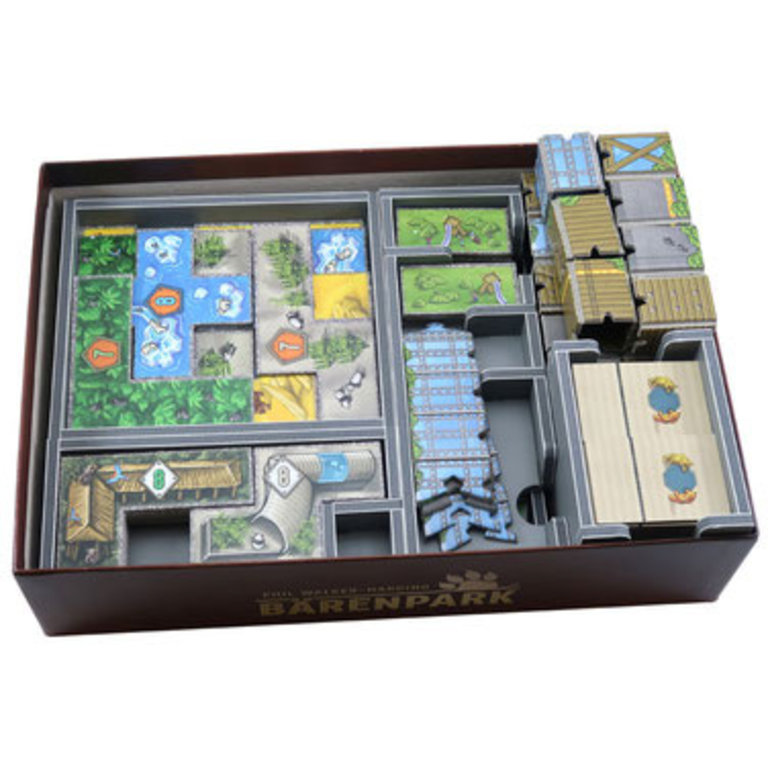 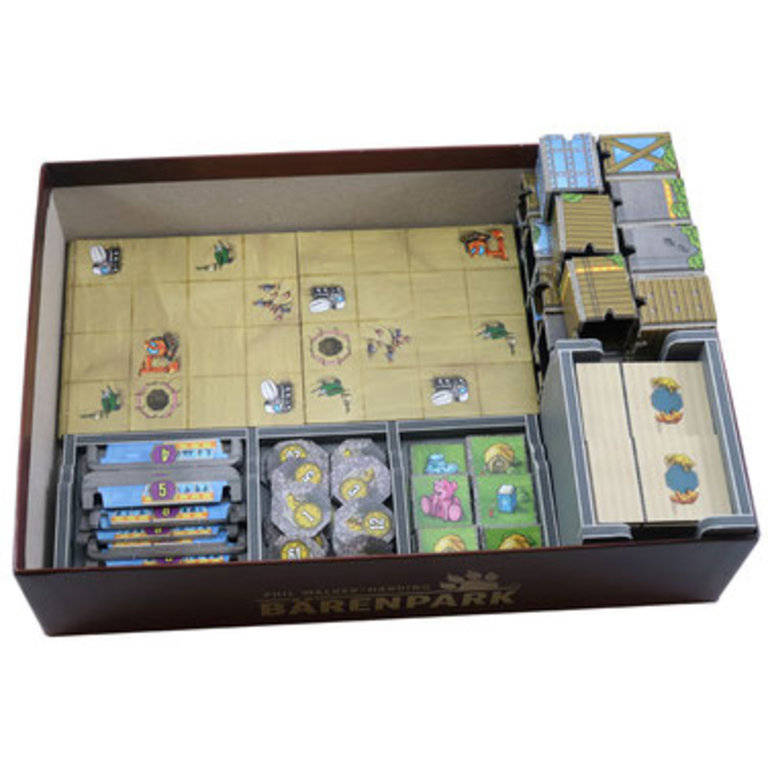 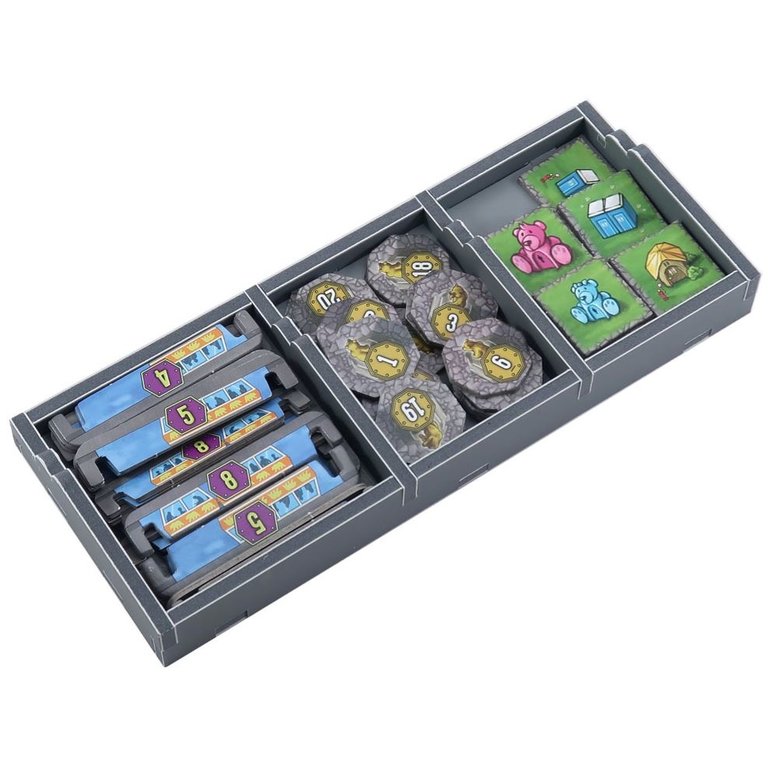 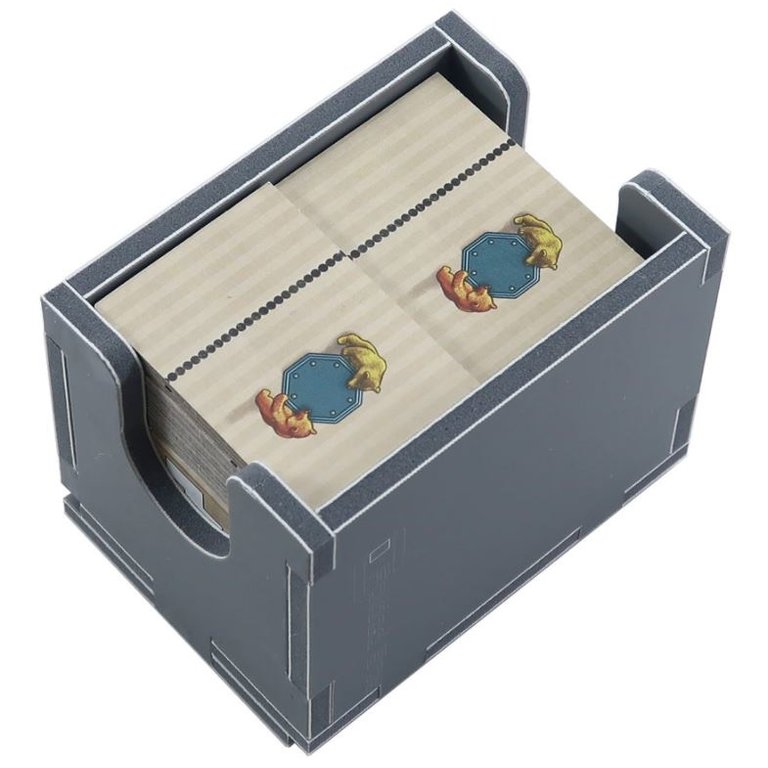 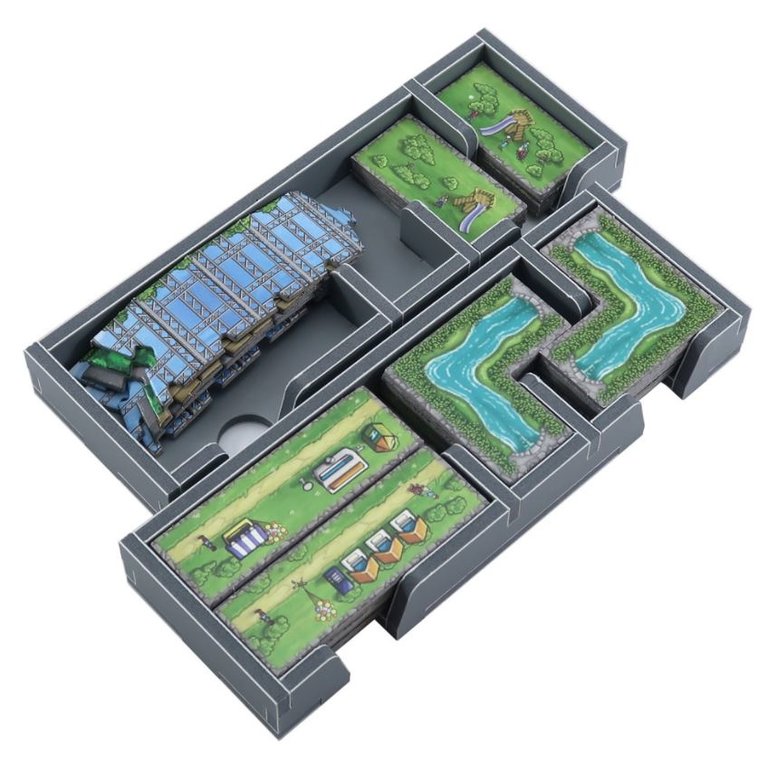 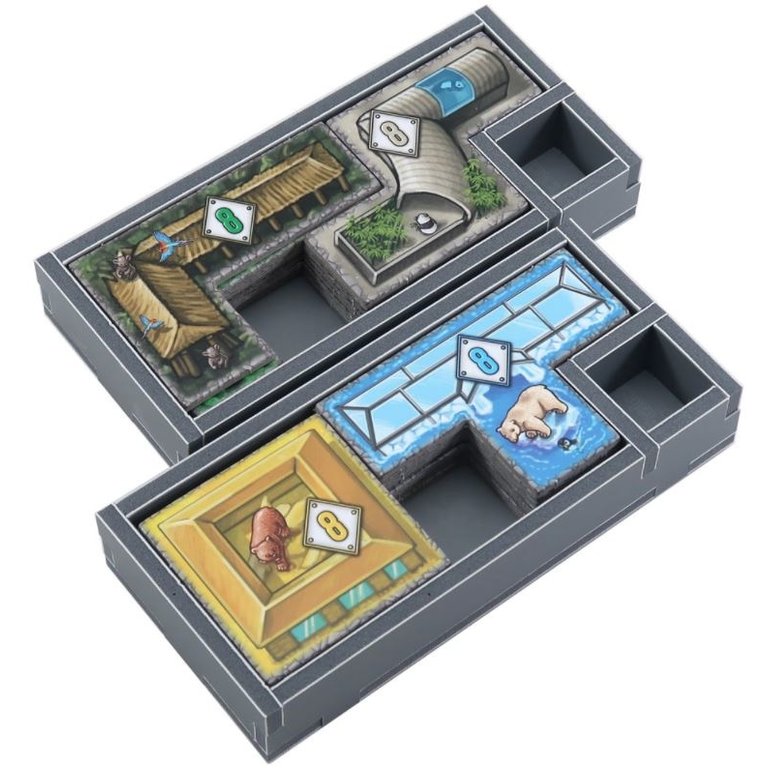 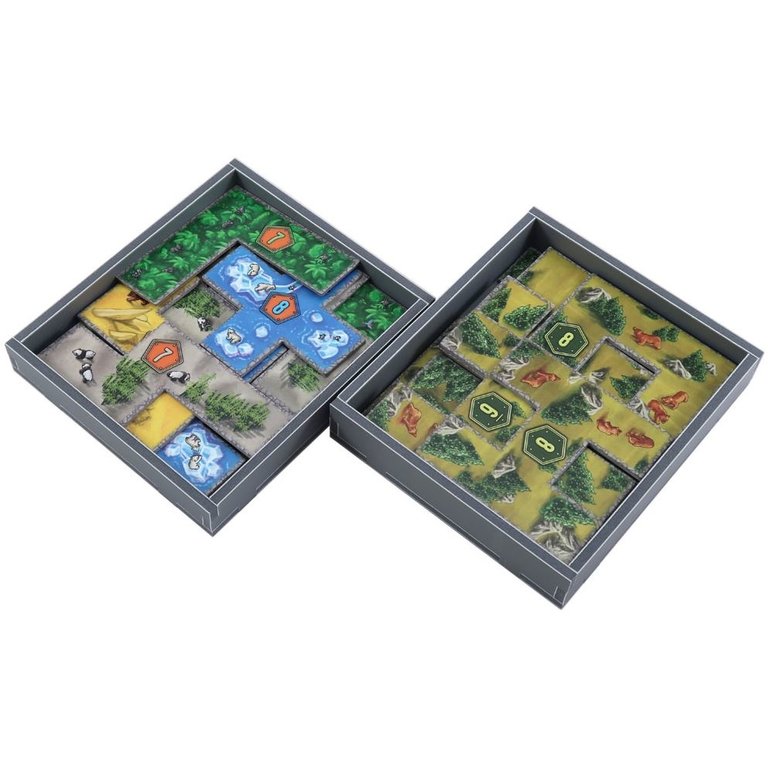 Insert compatible with Barenpark®, and The Bad News Bears® expansion. The design provides both efficient storage and improved game play. Many of the trays can be utilized during the game, and they greatly aid set-up and clear-away times. The trays are arranged in three layers.

Note that when full packed the box lid will lift by 9 mm. Please see below for more information on this. Also note the stack of 23 monorail towers on the top right of several of the images.

All the zoo tiles have their own slots in the trays, making organizing the game easy. Note that five of the monorail towers need to be stored open and flat in one tray, with the remainder stored assembled and stacked as shown in the images above.

As mentioned above, many of the trays can be used during the game to organize the components and make access by all players easy.

FS-BPARK is unusual for our inserts in that some of the boards need to be stored on the bottom layer over-lapping the lowest layer of trays. First place the square park areas, followed by the four areas with exits, and then the four areas with entrances. Then add the remaining trays on top, with the supply board on top of the upper layer of trays as shown. These are followed lastly by the rule books. Once fully loaded the box is filled to the top, allowing for vertical storage.

As mentioned above, when fully loaded the box lid will lift by 9 mm as shown here. This was unavoidable if we were to fit in all the components from the expansion, but even so due to the colours on the box base this lid lift is not very noticeable.

Back to home
Lookout Games

out of stock
Quickview
Lookout Games
Barenpark
C$52.95
By using our website, you agree to the use of cookies. These cookies help us understand how customers arrive at and use our site and help us make improvements. Hide this message More on cookies »