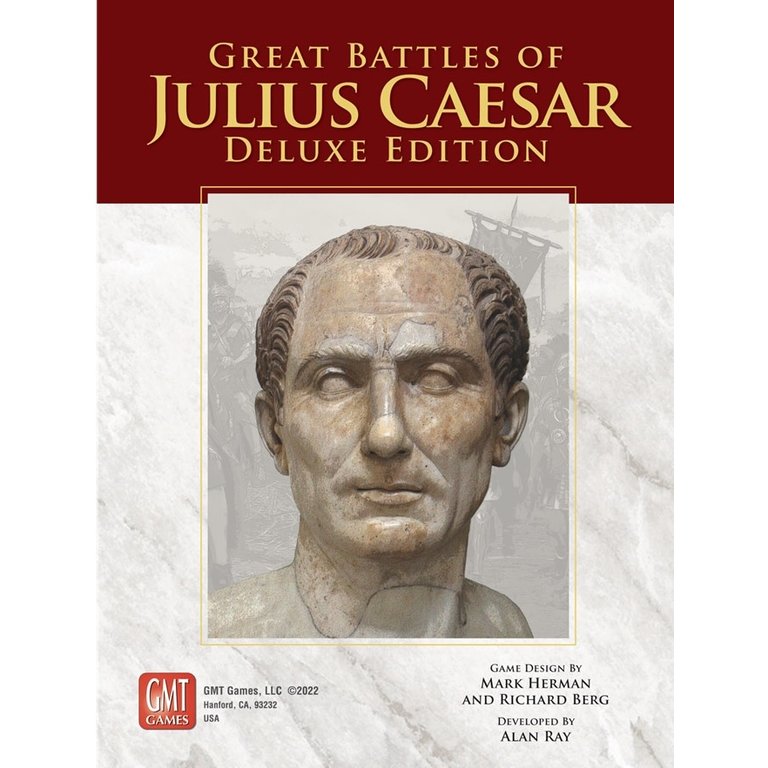 Great Battles of Julius Caesar combines Caesar: The Civil Wars, published in 1994, and Caesar: Conquest of Gaul, published in 1996 and reprinted in 2006, into a single package along with the battles that were published as separate modules.

Great Battles of Julius Caesar will have a single rulebook brought up to the production standards of the latest GBoH titles, written so that all the land battles in the original games can be played from single rule book. The one naval battle has its own rule book.

The scenario book features 20 (!!) battles presented in a chronological order that traces the evolution of the Roman military system from early battles against various foreign foes, Caesar’s wars in Gaul followed by Caesar’s wars against his Roman rivals, and culminating with the Roman invasion of Britain a century later.

The complete list follows and includes the game/module where the battle appeared.

Rise of the Roman Warlords - Marius and Sulla