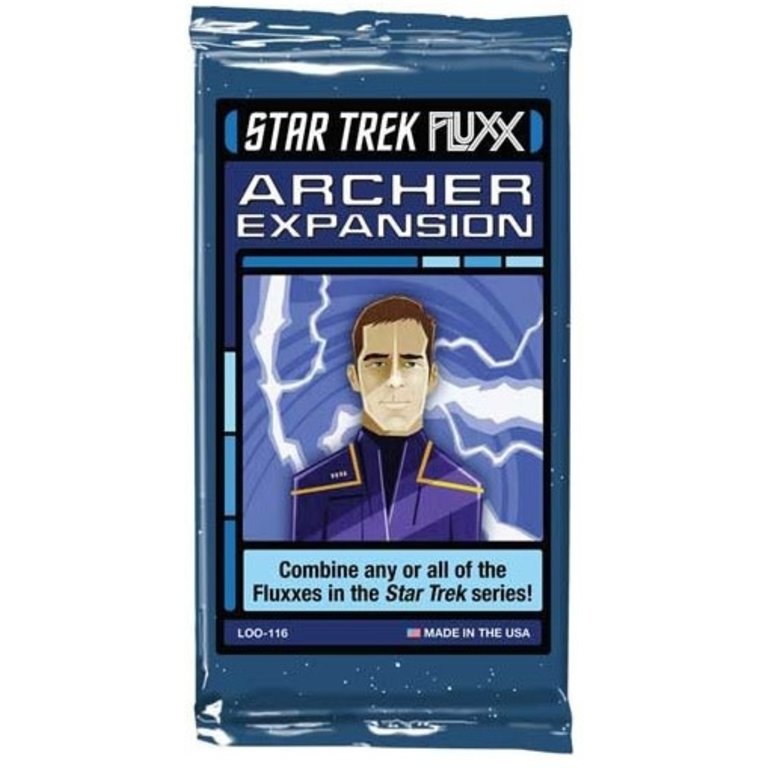 Add some Enterprise flavor to your collection of Star Trek Fluxx decks! The first of two Enterprise-themed expansion packs focuses on Captain Archer and the Temporal Cold War, and also includes Daniels, a Temporal Rift, and the Xindi. The set also contains a new Meta Rule called Combined Decks, designed specifically for optimizing gameplay with more than one Fluxx deck. The Archer Expansion pack works with any of the 4 standalone Star Trek Fluxxes, but for maximum fun, shuffle these cards together with as many of the Trek Fluxxes as you have! Contains 16 cards.