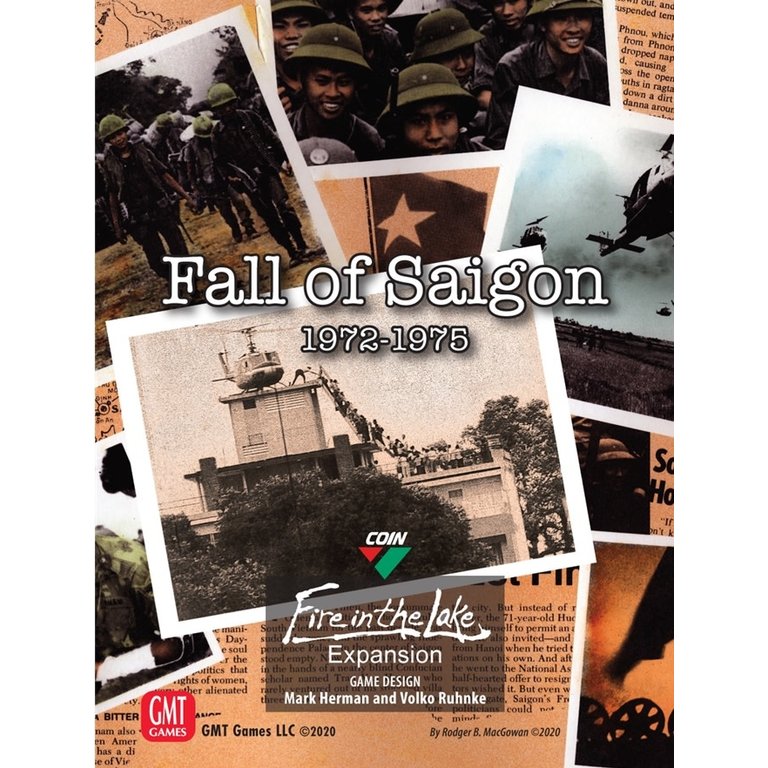 Fire in the Lake: Fall of Saigon Expansion

Vietnam, 1975. The Provisional Revolutionary Government was ready. After internal debate, the Communists had issued Resolution 21—the war to unify the country would continue. The Paris Peace would serve as merely one more tool in the armed struggle.

In Saigon, President Thieu had known from the beginning that the ceasefire was an empty promise, but he had to accept his US ally’s hollow accords with the North. Nonetheless, he now fielded one of the world’s best equipped armies, and the victories of 1972 proved to him that it could withstand even an all-out assault from the North. While President Nixon had pledged peace with honor, his determination to enforce South Vietnam’s independence had floundered amidst the worst US presidential scandal in history.

What now from Ford? From Hanoi, Le Duc Tho—the negotiator who had squared off against Kissinger in Paris—was to trek south to oversee the final push to Saigon on behalf of the Politburo. His orders: “Do not come home until victory is won.”

Fall of Saigon will include 79 Event, Pivotal Event, and Coup cards; about 30 Non-player cards; one sheet of counters and track tiles; about 20 added wooden pieces; new and updated player aid charts; and expansion rule and play booklets. Fire in the Lake veterans will find the war beyond Paris easy to rev up but a whole new experience. Fight on and find the end of the tunnel. A copy of Fire in the Lake will be necessary to play the Fall of Saigon expansion.

Fire in the Lake: Insurgency in Vietnam

out of stock
Quickview
GMT Games
Fire in the Lake: Insurgency in Vietnam
C$97.95
By using our website, you agree to the use of cookies. These cookies help us understand how customers arrive at and use our site and help us make improvements. Hide this message More on cookies »