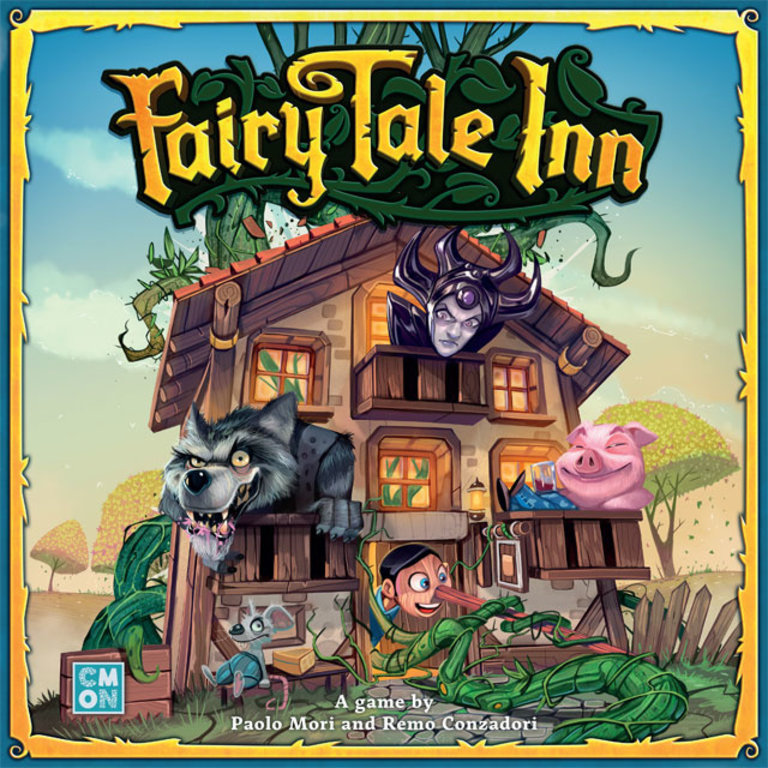 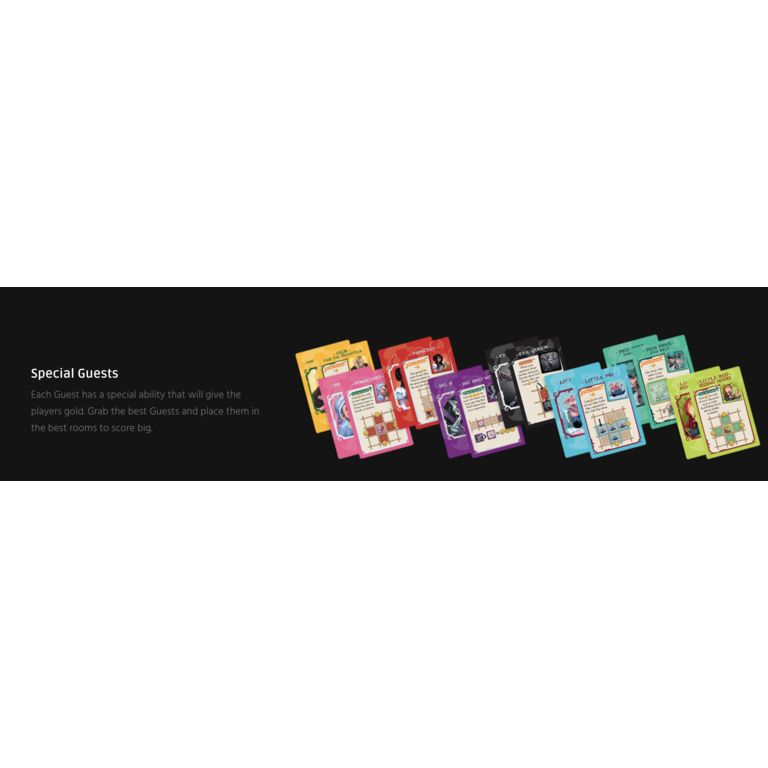 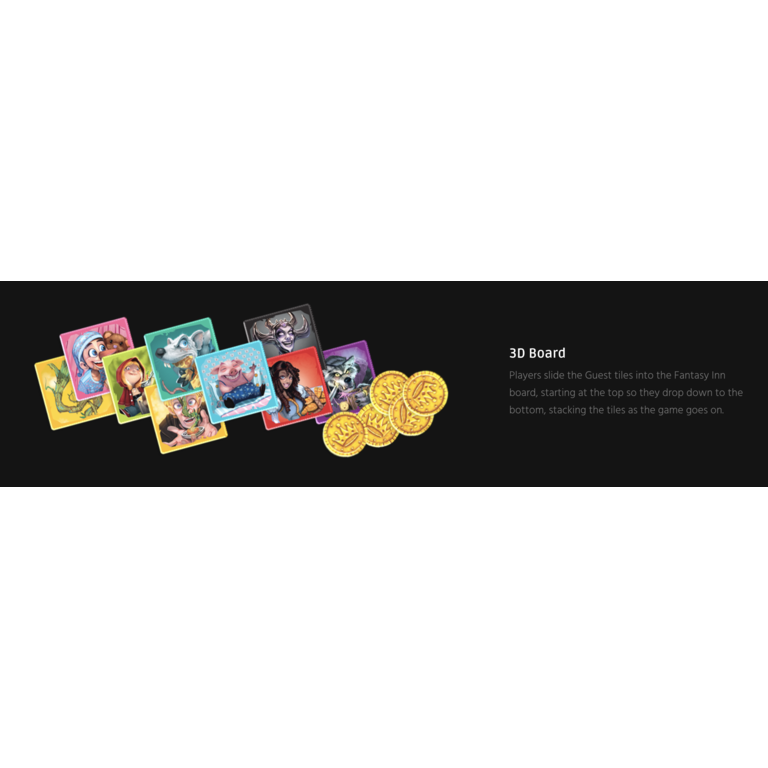 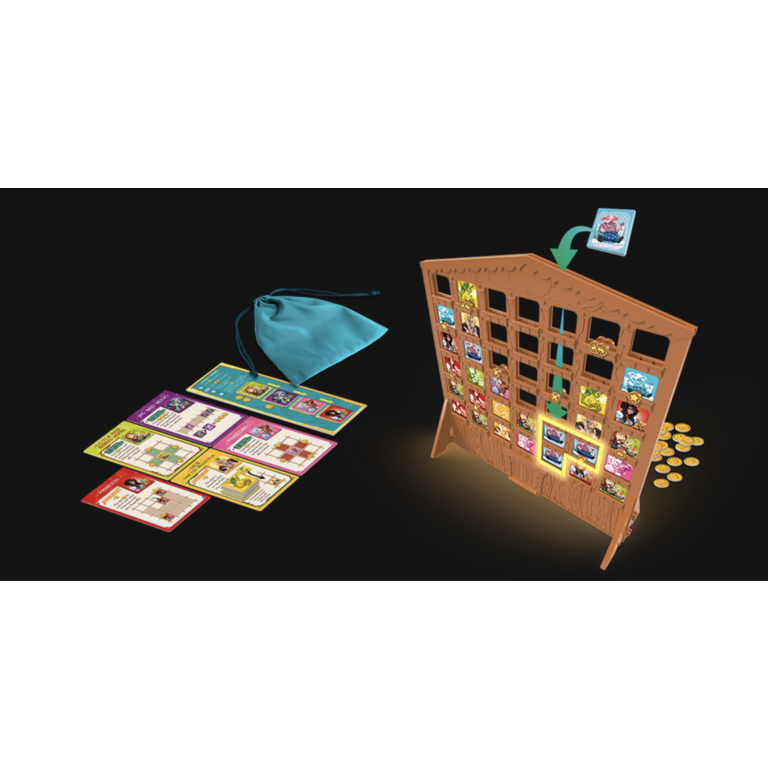 The Fair is Here and the Inn’s Booked To Capacity

The Fantasy Fair is in town and everyone is looking to attend. Guests are showing up and all trying to book a room at the one Inn in town. The two innkeepers are having a little contest between them to see who can get the most gold by putting different Guests into different rooms, including the Inn’s several special enchanted rooms. In the end, only one innkeeper will have made the best choices and won.

In Fairy Tale Inn, players are looking to fill up their Inn with Guests. They’ll pick from different fairy tale characters on the Guest List and slide them into the vertical Inn. Every character has a special ability, and certain rooms do as well, giving gold to the players in different ways. When three columns of the Inn are filled, the points are tallied and the player with the most gold is the winner.

In Fairy Tale Inn, two players try to earn the most gold coins by the end of the game. To set up, players select the character cards of guests who will be present during that game, then take the corresponding character tokens and toss them into the mixing bag. Next, players randomly draw those tokens to fill up the guest list board. After randomly choosing who goes first, the first player gets a gold coin, while the other player gets two. Now the game begins!

On a player's turn, they pick a character token from the guest list board, paying the cost indicated on the board, then they place that guest in the inn, sliding the token into the vertical game board with the colored side facing themselves (while the monochrome-colored side faces their opponent).

After the token slides into the slot, the player may score points based on the room the guest ended up in, as well as any other guests that might be around. Each character has different abilities that say how they give gold to their corresponding innkeeper. For example, the Little Pigs like to be close to one another; they automatically give the player who placed them 1 gold coin and an extra gold coin for each other Little Pig token connected to them. The Big Bad Wolf, on the other hand, gives their player three gold coins for each row where their innkeeper played more Big Bad Wolf tokens than their opponent at the end of the game. (In case of a tie, neither player gets gold.) There's an art to placing guests as several rooms of the Inn are enchanted and will give a bonus or penalty to the player that places a guest there.

The game continues with players picking and placing guests until three columns in the inn have been completely filled. When that happens, players gain gold from characters with end of game abilities, then the player who has gained the most gold wins.