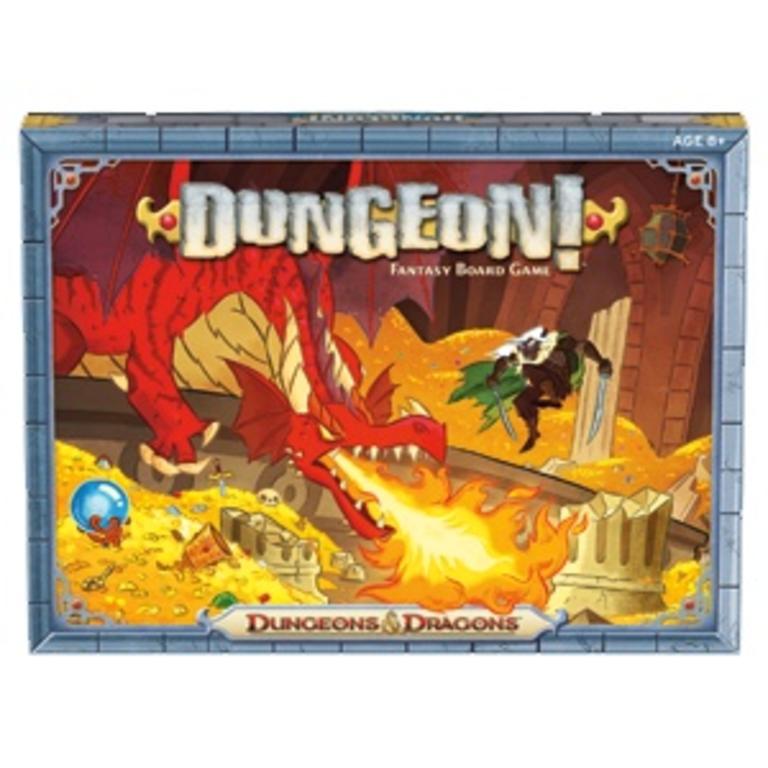 Dungeon! is a fast-paced game where you and your friends can decide which way to go in the hunt for bigger and better treasure.

Will you stick to level 1 and clear out the Goblins and Kobolds? Or will you delve deep into level 6 and set your sights on the Purple Worm or the Red Dragon? Along the way, youll have to face off against such iconic monsters as the Black Pudding, the Drow, and even the Owlbear!

Featuring simple, straightforward rules that are easy to learn, Dungeon! is perfect for a fantasy game night, or a warm-up before your next epic game of D&D! This version also allows players to use D&D-branded KRE-O figures as playing pieces (sold separately).

Your goal in the Dungeon! game is simple. Choose a Hero (Rogue, Cleric, Fighter, or Wizard). Run through the dungeon, fighting Monsters and collecting as many Treasures as you can. Be the first to get out alive with enough Treasure!