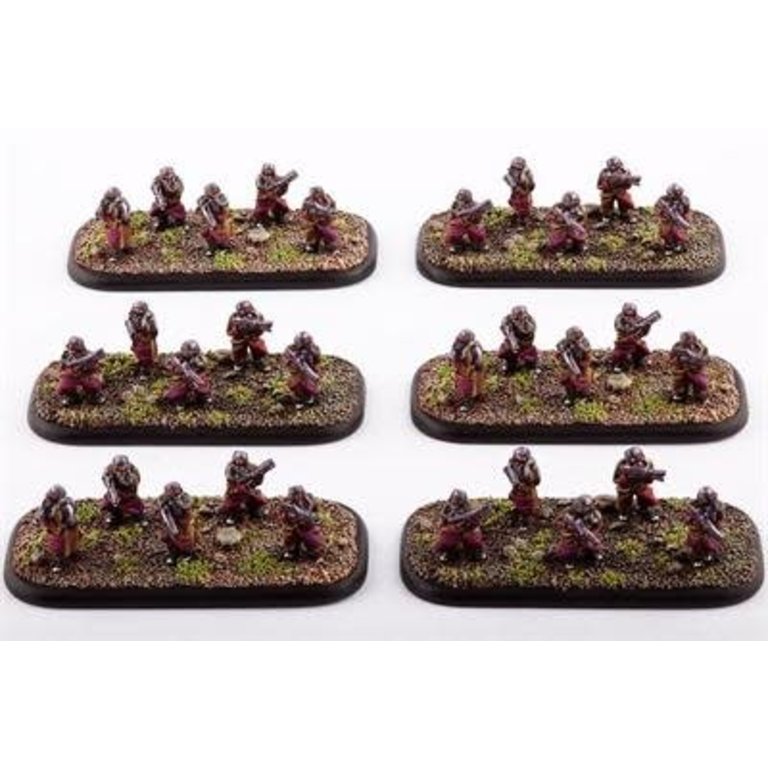 C$25.95
Dropzone Commander
In stock
Article code 639713387629
Share this product:
Warriors are the frontline foot soldiers of the Scourge - unfortunate puppets who must endure a lifetime of neuro-suppression and vice like control as a Scourge host. As the Scourge ages, it's grip starts to slip, revealing the mind of the host, tortured into insanity after decades and sometimes centuries of mental oppression. These 'Aged Ones' are particularly bloodthirsty, if uncoordinated.

The majority of Scourge Warriors encountered in the 27th century are former humans, once free occupants of mankind's glittering cities. However, it's not unheard of to find reports of outlandish warriors, clearly remnants of past Scourge conquests.

Scourge Warriors are armed with the lethal Plasma Rifle, a weapon which can vaporise a man from the inside out. As the projectile's containment field fails, it releases molten plasma into the heart of the body. Focused fire from these high energy weapons can even be a threat to armoured units.