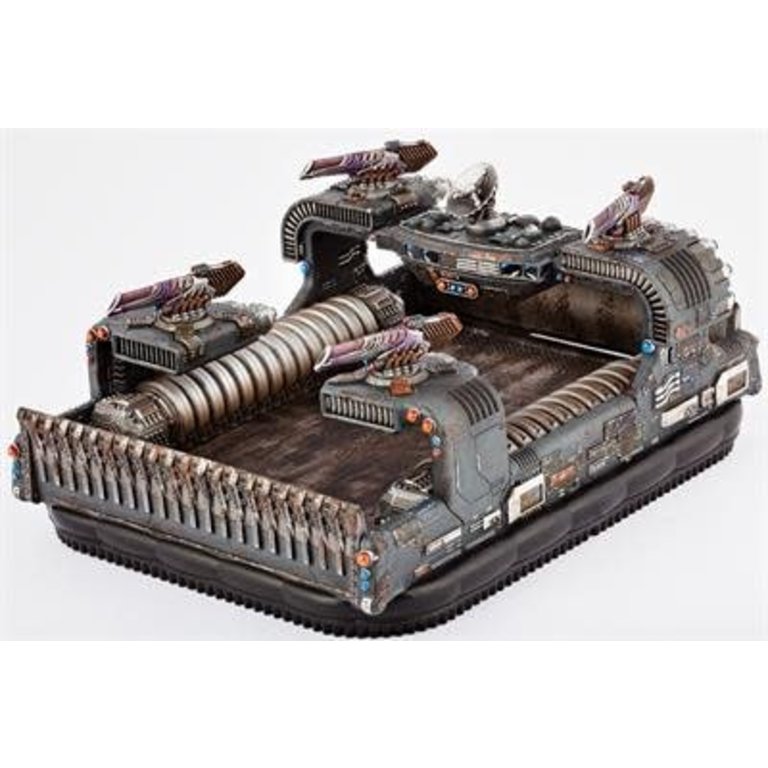 C$90.95
Dropzone Commander
In stock
Article code 740781771750
Share this product:
The NT-4 Leviathan earns its name is sheer scale, but the command variant the NT 5 Thunderstorm Custom is a step further. Its huge fusion generators are massively over-sized given modern technological advances, yet no less potent. They have such a high level of power output that many resistance bands can run an entire forward bases power network from them. But the truly fearsome application is only appreciated when used as a combat unit on the front lines. The dual power plants are unleashed through four over-charged looted Plasma Cannons, capable of reducing anything in range to a bubbling pool of cooling liquid in seconds.

Few commanders can resist the lure of such awesomely destructive power, and often choose the Thunderstorm Custom as their mount when going into battle. Almost all will then employ their most trusted lieutenants as a mobile strike force, disgorged from the vast transport platform that the craft is built around. Together this combination has spelt doom and destruction to many Scourge garrisons, as well as any other enemies foolish enough to get in the Thunderstorms way.

Contents:
1 x NT-5 Thunderstorm Custom per box
Length: 140mm
10mm Scale
Twenty Resin components each
Models supplied unassembled and unpainted
By using our website, you agree to the use of cookies. These cookies help us understand how customers arrive at and use our site and help us make improvements. Hide this message More on cookies »