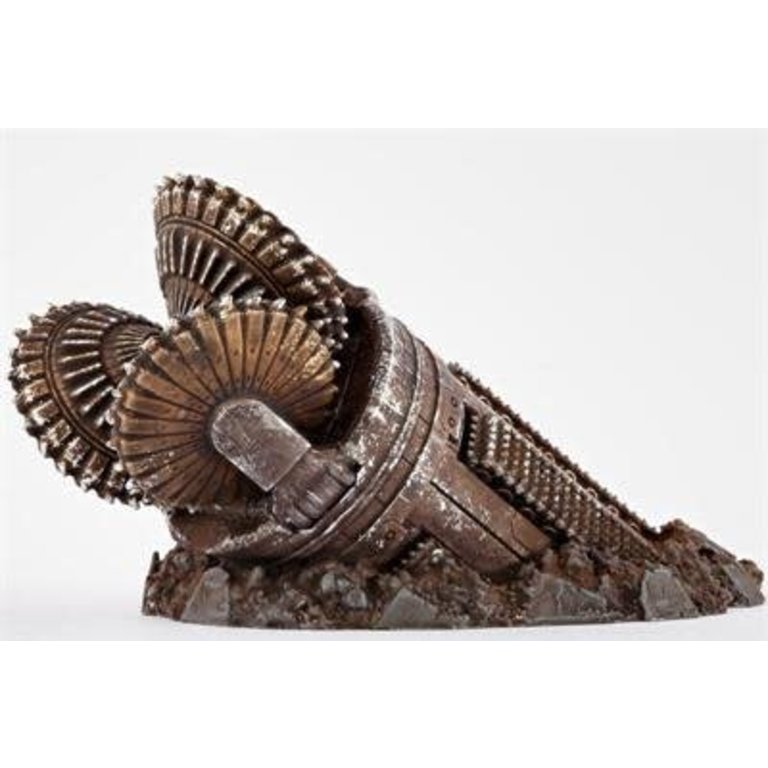 C$28.95
Dropzone Commander
In stock
Article code 740781771545
Share this product:
Most battlefields on the Cradle Worlds are urban in nature, often with an intricate maze of tunnels honeycombing the subterranean regions. Architectural planners of the Cradle World cities were determined to preserve some of the beauty of their planets by hiding distasteful industrial and service related industries beneath the surface. Such tunnels were cut by a wide range of efficient drilling machines, most of which were stored underground until needed. The Resistance have used these tunnels to travel and hide from the Scourge since the earliest days of the invasion. As a matter of course, they tended to collapse most surface access points in any region they were operating in to provide some measure of security against enemy patrols.

Today, the tunnels are used in an offensive capacity as a fantastic springboard for surprise attacks. Strike teams usually utilise the model 109 Breaching Drill to once more open up a path to the surface, often right into the heart of enemy territory. The 109 is particularly popular as its drill heads can open up for a ramp to descend, creating a ready-made path unobstructed by the drill essential if the element of surprise is to be maintained. Within seconds of breaching the surface, small Resistance vehicles such as technicals can begin pouring out, wreaking havoc in the enemies heartland.