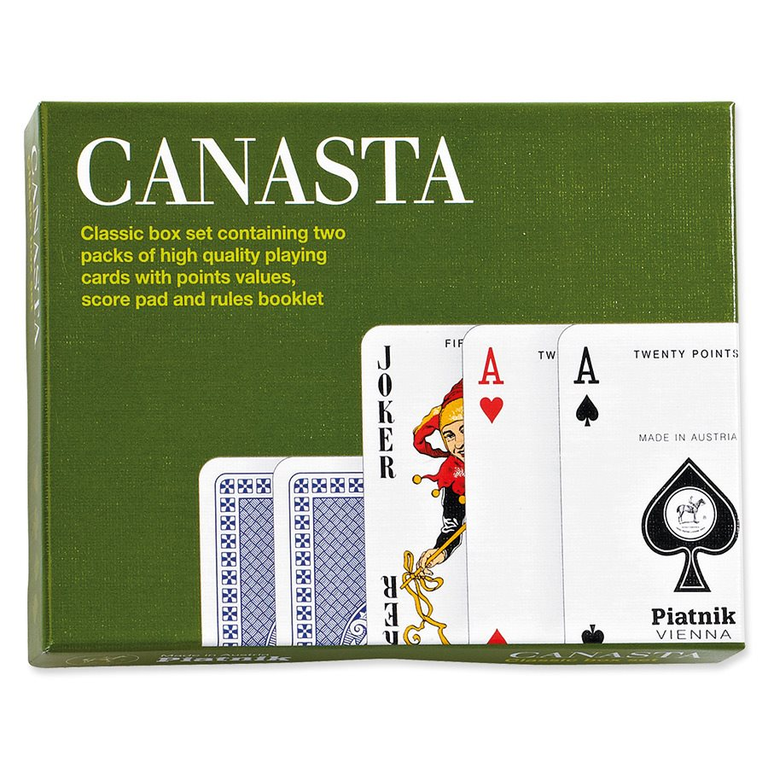 Packaged in this classic style box set, Canasta is ideal for both novices and experienced players alike. A classic card game which is traditionally for two, three, five or six players but is most commonly played by four in two partnerships with two standard decks of cards. Canasta is originally from South America and is part of the rummy family of games. Players aim to make ‘melds’ of seven cards of the same rank and ‘go out’ by playing all cards in their hand.