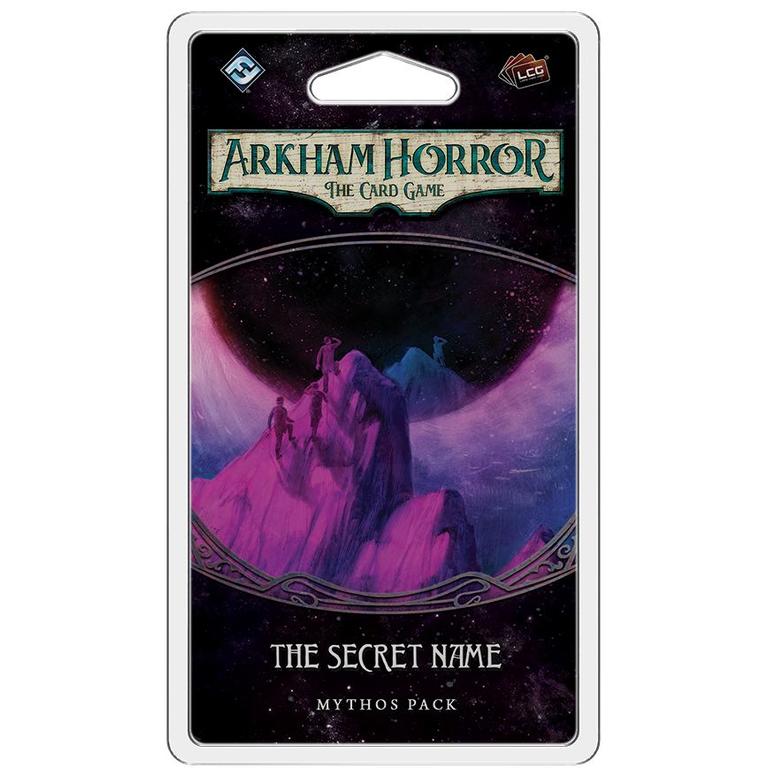 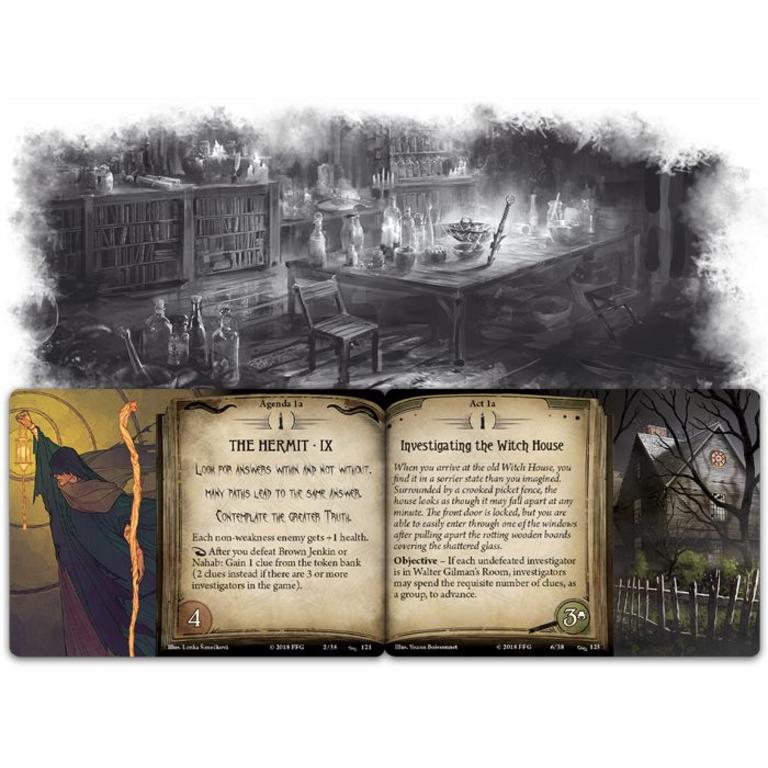 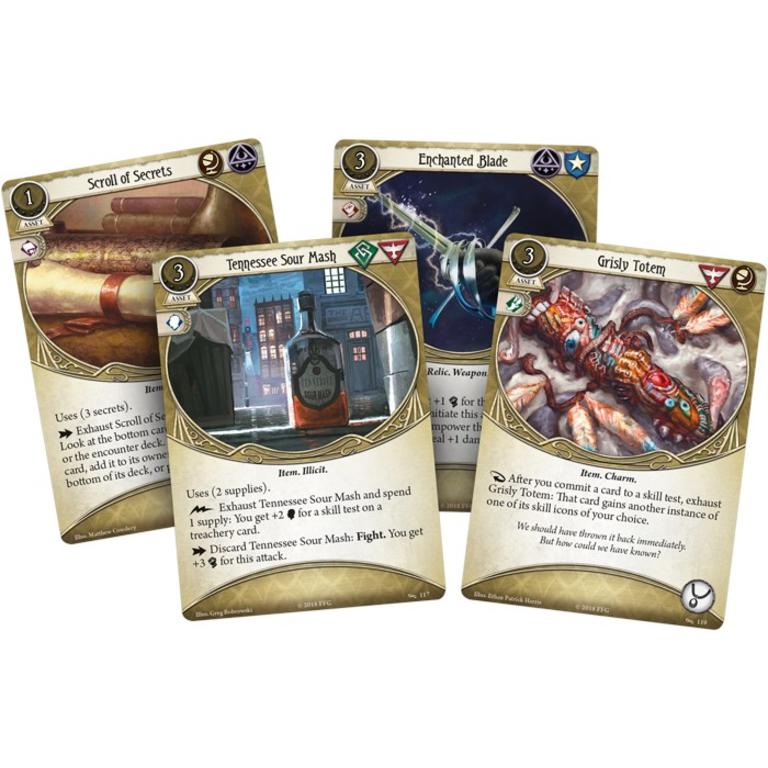 C$19.95
Fantasy Flight Games
In stock
Article code 841333107826
You are desperate to find out more about the dangerous new coven of witches that has taken up residence in Arkham.
Share this product:

The Secret Name is the first Mythos Pack in The Circle Undone cycle.

Following the events of The Circle Undone, you are desperate to find more information about the dangerous new coven of that has taken up residence in Arkham. Such knowledge is difficult to come by, even in a place like Arkham, but you do know of one witch whose story has been passed down for nearly two hundred years: Keziah, who escaped from the Salem Gaol back in the late 1600’s and whose ghost still supposedly haunts the condemned Witch House in French Hill. With many questions and few leads, you have no choice but to chase the ghosts of Arkham’s past.

As a new cycle begins, you will need new tools to help you battle these unholy forces. To help you with this task, some of the new player cards in The Secret Name belong to more than one class. These cards, which can be identified by their golden hue and dual class icons in the upper right corner of the card, can be added to your investigator’s deck if you have access to either of the classes detailed on the card. If, however, an investigator has limited access to one of the classes on a multiclass card, that card will occupy one of the investigator’s limited slots, even if they have unlimited access to the other class detailed on the card. But with diverse uses and powerful effects, they make a worthy addition to any investigator’s arsenal.

This is not a standalone product. It requires a copy of Arkham Horror: The Card Game Core Set and The Circle Undone deluxe expansion to play.

C$19.95
In stock
Article code 841333107864
At every turn, you have been forced to face truths more terrible than anything you could imagine.

C$19.95
In stock
Article code 841333107840
Following the disappearance of four Arkham citizens, you began your investigation into the city’s dark past...