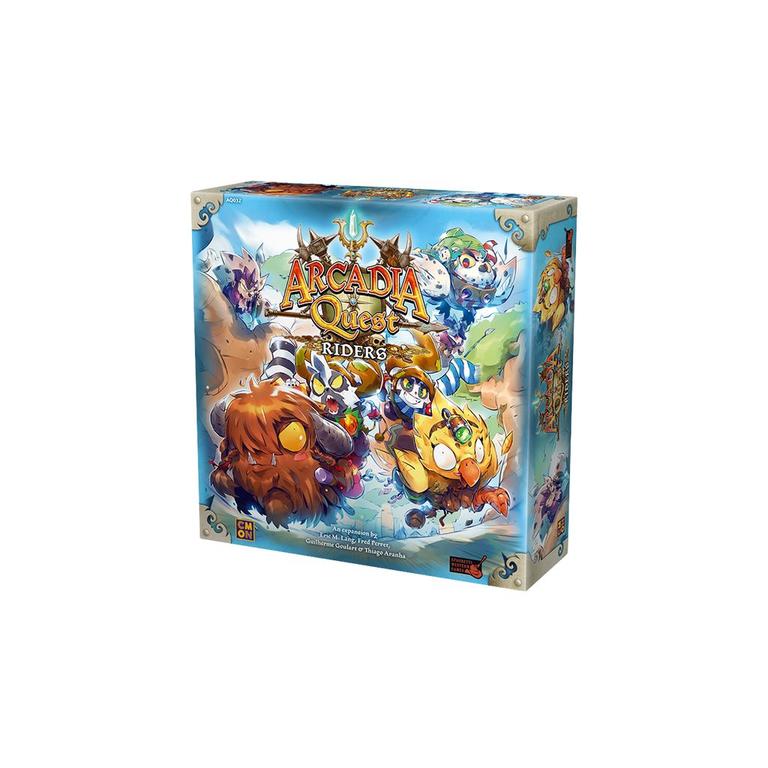 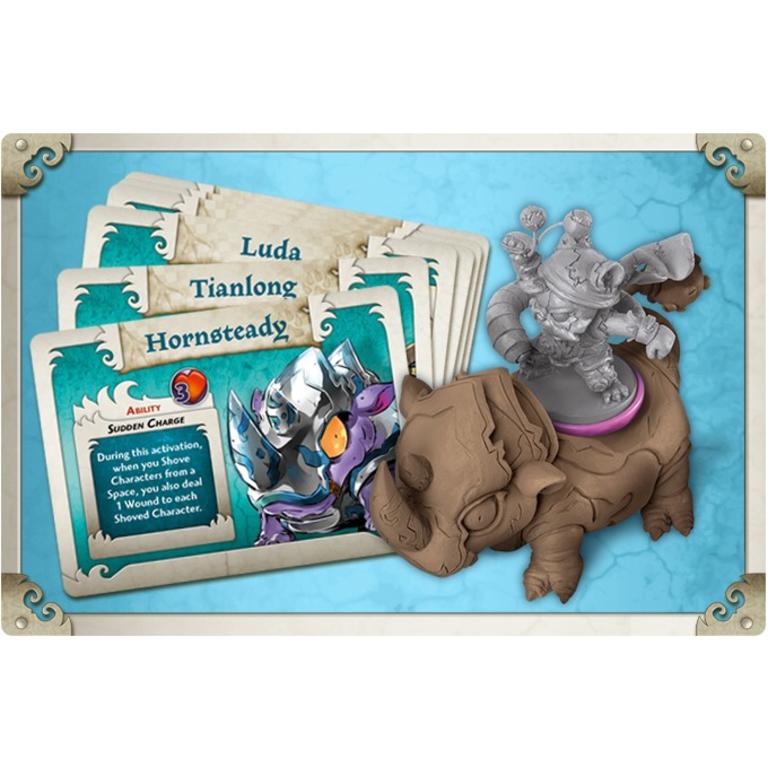 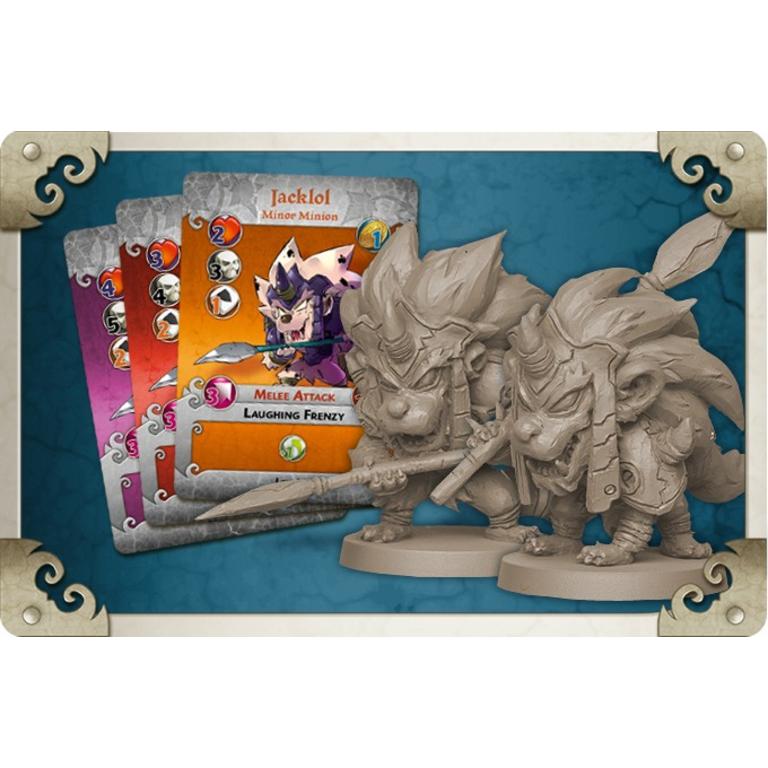 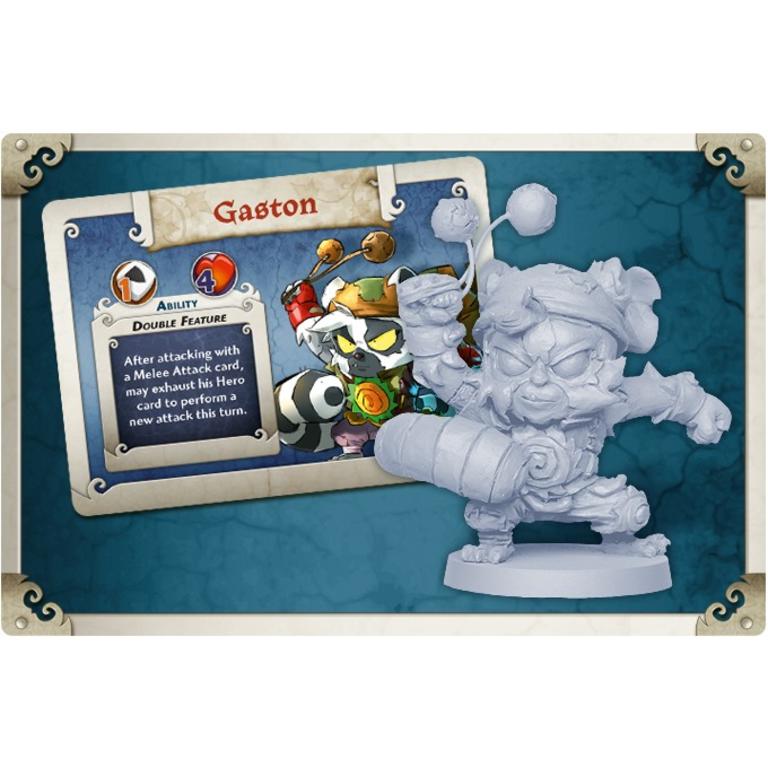 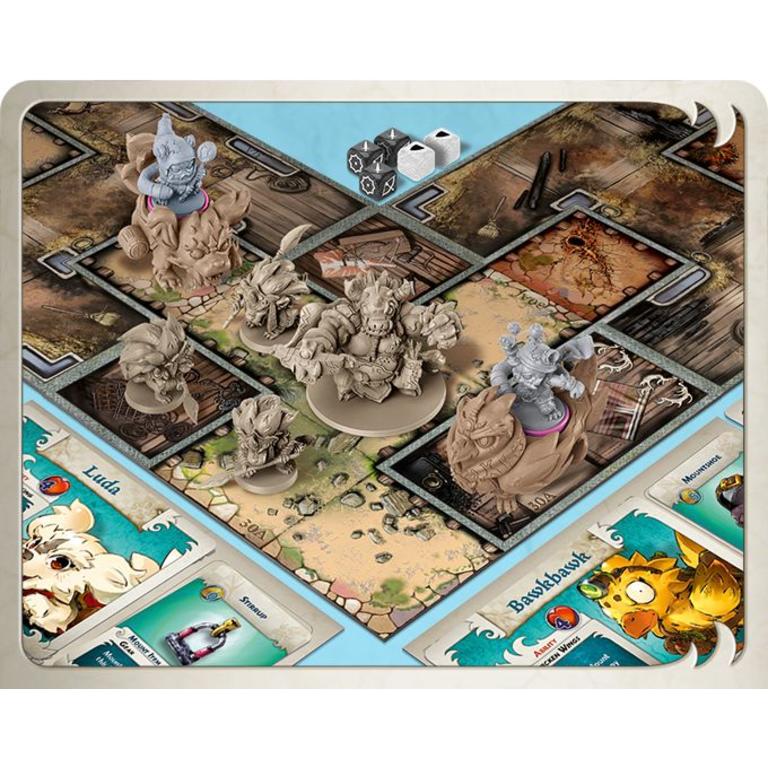 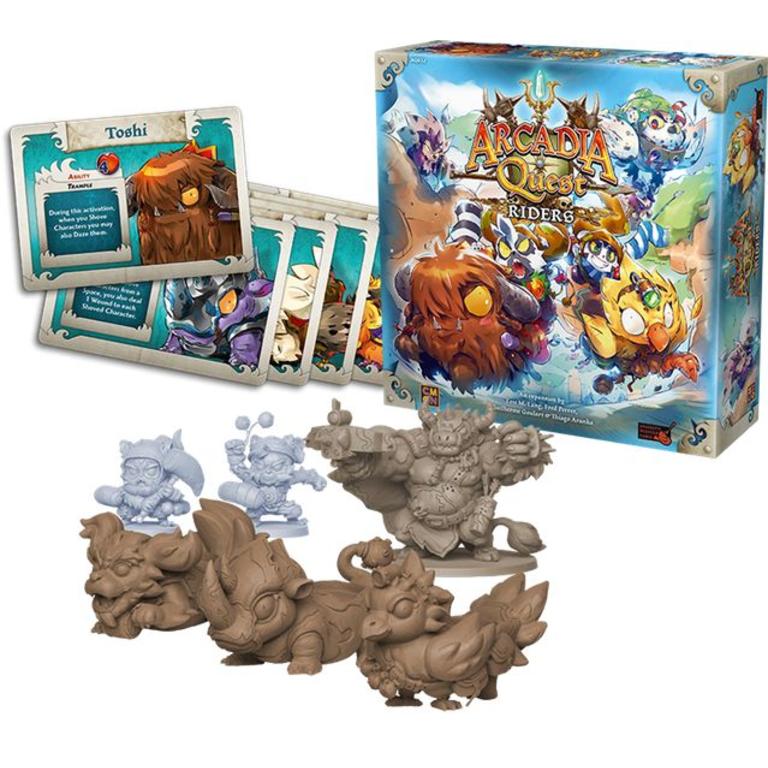 C$79.95
CMON
Out of stock
Article code 889696006363
Defend the city of Arcadia against Malkhor, the Great Hunter, and his vicious Jacklols.
Share this product:

In this campaign expansion for Arcadia Quest (or Arcadia Quest: Inferno!), players must defend the city of Arcadia against Malkhor, the Great Hunter, and his vicious Jacklols. But they don’t have to do it alone! Fighting alongside them in this all-new campaign, the Heroes will have the aid of the Mounts, enormous beasts of burden!

This expansion introduces a major new element to Arcadia Quest as these magnificent Mounts can carry Heroes across the map, pushing back against their foes and using their unique abilities to help their Riders!

With the introduction of Mounts, a few things are now different for the Heroes in Arcadia. For one, each Guild can choose one beastly friend for a Hero to ride upon. Mount and Rider move along the map together, endure attacks together and Shove enemies out of their way together! <3

Each Mount has its own unique Natural Ability that can be triggered when its Rider is activated for some wild effects! Mounts can also absorb damage for Heroes, and likewise, when a Rider wants to drink a Healing or Refreshing Potion they can drink it themselves or give it to their Mounts - aw!

Colette is the elder of the Wildling Twins and, as tradition dictates, has led her brother to Arcadia in pursuit of Malkhor. She’s always loved exotic new lands and loves exotic new weapons even more. Not many would employ a battle-axe as a throwing weapon, nor a flail as a whip to entangle legs and arms. Regardless, the Guilds have much to learn from such an unorthodox warrior and are lucky to have her.

Gaston is the younger of the Wildling Twins: impetuous, fearless, and somewhat lacking in common sense. This is not to say he’s overly foolish, but his sister must restrain his more exuberant excesses from time to time. He rarely considers the odds when charging headlong into battle. That said, he often succeeds where others would not. His lightning reflexes and sharp eyes (and no small number of pain medications) make Gaston a fearsome combatant.

With the arrival of new residents in Arcadia, the market street is bustling with shiny new exotic gear! You'll find not only an assortment of Upgrade cards like Saddles, Stirrups and such for your new riding companions, but also new Upgrades for Heroes in the form of new Weapons, Armor, and Spells!

Arcadia Quest: Riders features a brand-new campaign that tells the story of the Guilds attempting to push Malkhor back from the city. In this campaign, 3 alternative scenarios plug into the previously released Beyond the Grave and Pets expansions, bringing a fun mix of Mounts, Pets and Undead together. There's even a scenario that mixes Riders with the other 2 expansions!

C$139.95
In stock
Article code 817009018178
In Arcadia Quest, players lead guilds of intrepid heroes on an epic campaign to dethrone the vampire lord and reclaim the mighty Arcadia for their own.

Quickview
CMON
Arcadia Quest
In Arcadia Quest, players lead guilds of intrepid heroes on an epic campaign to dethrone the vampire lord and reclaim the mighty Arcadia for their own.
C$139.95
CMON

C$91.17
In stock
Article code 889696003096
Inferno is a standalone expansion to Arcadia Quest. It is 100% compatible with the original base game and introduces four new Guilds: Sharks, Tigers, Crows, and Serpents. It will feature new types of heroes, such as Alchemists and Gladiators.

Quickview
CMON
Arcadia Quest: Inferno
Inferno is a standalone expansion to Arcadia Quest. It is 100% compatible with the original base game and introduces four new Guilds: Sharks, Tigers, Crows, and Serpents. It will feature new types of heroes, such as Alchemists and Gladiators.
C$91.17
CMON

Arcadia Quest - Beyond the Grave Expansion

out of stock
Quickview
CMON
Arcadia Quest - Pets Expansion
Pets are a brand new system that can be added to ANY Arcadia Quest experience.
C$78.95
By using our website, you agree to the use of cookies. These cookies help us understand how customers arrive at and use our site and help us make improvements. Hide this message More on cookies »