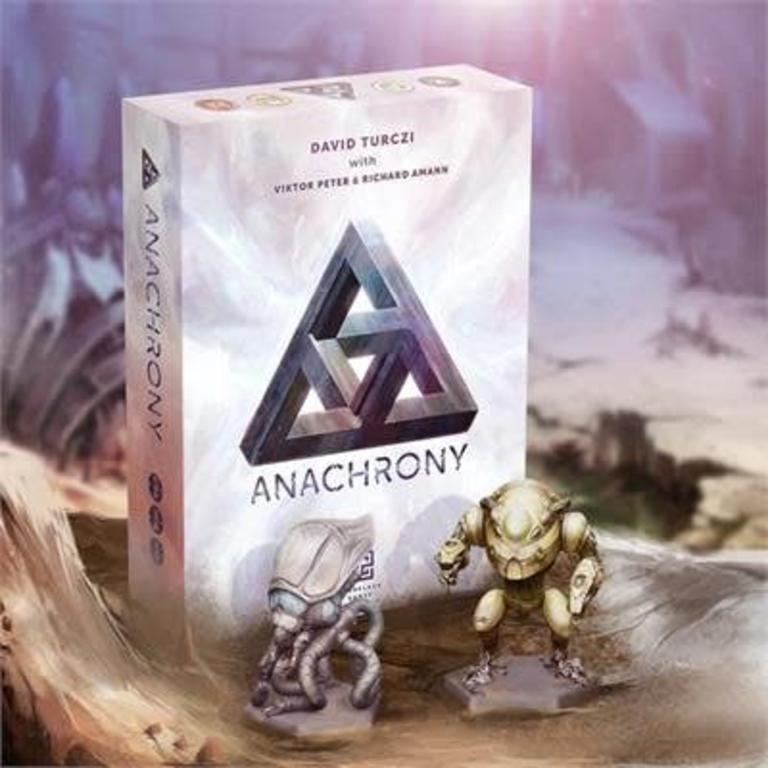 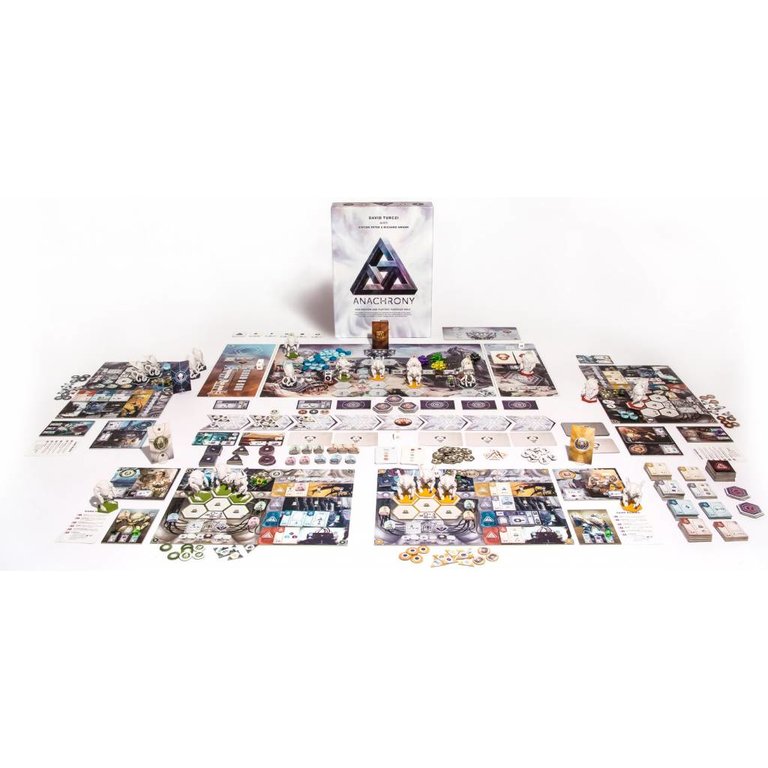 C$69.95
Mindclash Games
Out of stock
Article code 644216650897
A strategy game of magic and deception, where aspiring Illusionists clash in a grand contest for fame and fortune.
Share this product:

Anachrony is a competitive Euro-style strategy game set in a post-apocalyptic world rebuilt along four different ideological Paths. The game is played through a series of turns called Eras, with past ones reachable through time travel later in the game. Players assume the roles of iconic leaders of the four Paths, striving not only for the supremacy and well-being of their people, but also their survival. After the fourth Era, an asteroid impact shakes Earth, threatening to destroy the World Capital, Earth’s last independent city. The Paths should prepare for the coming cataclysm, and when the time comes, take their part in evacuating the collapsing Capital. In the end, one of the Paths will be the new home to the reformed World Council, and lead humanity into a new future.

Anachrony’s worker management system features four different types of Workers, each with their strengths and weaknesses. Some action spaces are available for them by default while others are only accessible with a special form of enhancement and protection, the Exosuits. Workers and Exosuits are managed separately, and both are required for your Path’s success. Exosuits are available as highly detailed, 55mm plastic miniatures, each with a designated slot for the Worker using it.

By powering up the Time Rifts to connect past and present, the Paths are able to request resources from their very own future at the beginning of each Era. These resources can greatly boost their progress, but in later Eras, the loop has to be closed, and the act of sending back the resource to their past has to happen. Meddling with the time-space continuum is a dangerous endeavor – if the loop is not closed, temporal Anomalies will start tearing up the present!

Expand, prepare, and survive a cataclysm

Anachrony’s gameplay features a strong story arch with a game-altering turning point: an asteroid impact. This event will alter the available Actions, open up new ones, and initiate the countdown to the game’s end. With careful planning and preparation, players can even take advantage of the Impact’s effects.

C$36.37
Out of stock
Article code 644216651191
In Fractures of Time the four original Paths and the newly formed, sanguine Path of Unity have gained access to a powerful new technology called Flux.