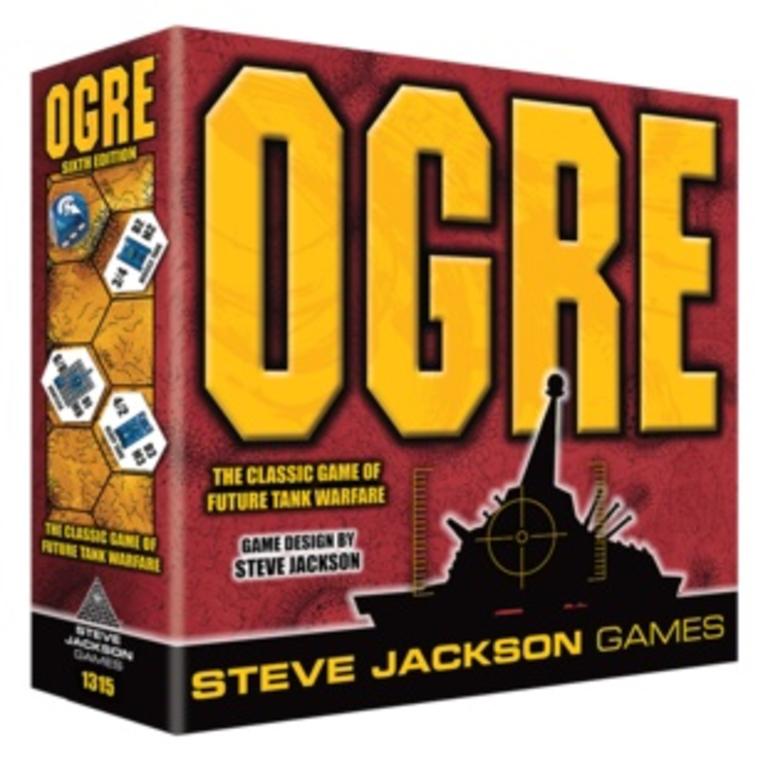 C$67.95
Steve Jackson Games
In stock
Article code 091037863072
Share this product:
In 2085 A.D., armored warfare is faster and deadlier than ever.
The ragged group of defenders gathers around the Command Post, blocking the oncoming tank. The Ogre's guns are destroyed, its movement slowed, but it remains a hulking behemoth as it bears down upon the surviving troops. Will they defeat it, or be crushed beneath its massive treads?
Ogre is a desperate contest between a super-intelligent, bloodthirsty AI-controlled tank, and the squads of infantry, armor, and artillery fighting to stop its advance. You can be the Ogre and ruthlessly steamroll the humans in your way, or play the defenders, trying to defeat it at any cost.
The game is easy to learn and quick to play. It only takes a half-hour, but you'll want to do it over and over and with 16 unique map overlays to change up each playthrough, you can! Will the Command Post survive this time, or will the Ogre triumph yet again?
The Sixth Edition is the first widely-available release of this classic wargame since 2000. Published originally in 1977, Ogre set a new standard for fast, exciting wargaming. Ogre and its sequel, G.E.V. , have more than 200,000 copies in print. Over 25 years after its release, Ogre earned a spot in James Lowder's popular book Hobby Games: The 100 Best.
The game is fully compatible with Ogre Designers Edition.
Components: The Sixth Edition features large 3-D constructible models for the Ogres and Command Posts, with oversized, full-color counters for regular units. The Ogres come in a new, stylish blood-red and gunmetal-grey color scheme. The garage-style box inlay is big enough to store the constructed models comfortably. Two pearl-white dice provide variety for those who have Ogre Designers Edition, which came with blue and red dice.