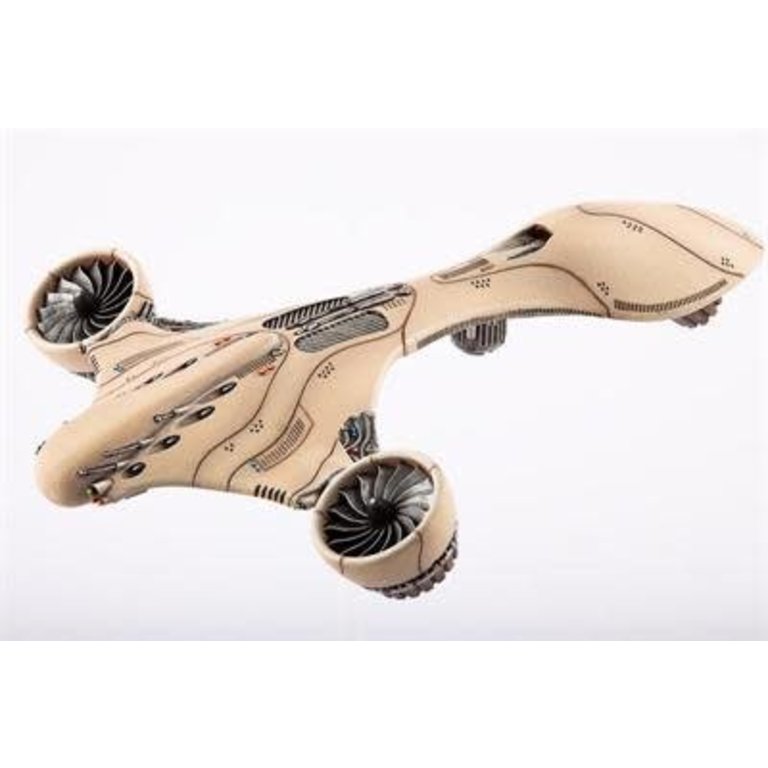 C$22.95
Dropzone Commander
In stock
Article code 639713387858
Share this product:
The Neptune class is the primary tactical orbital insertion dropship of the PHR. With the ability to carry most PHR armoured units and to fulfil a wide range of needs, its flexibility is unmatched by its larger cousin, the Poseidon.

It is also well armed enough to clear DZ's and provide close air support to ground units with advanced Shadowkiller stealth missiles. A trio of Neptune's are often preferred over a single Poseidon for missions requiring effective air support, since combined they can deliver three times the firepower.

It is more heavily built than its UCM counterpart, and can withstand greater enemy fire, in line with PHR military doctrine.

Contents:
One model per blister
Length: 99mm
Wingspan: 70mm
5 Resin Components
Supplied with 1x 40mm polished clear acrylic flying base
Model supplied unassembled and unpainted
By using our website, you agree to the use of cookies. These cookies help us understand how customers arrive at and use our site and help us make improvements. Hide this message More on cookies »