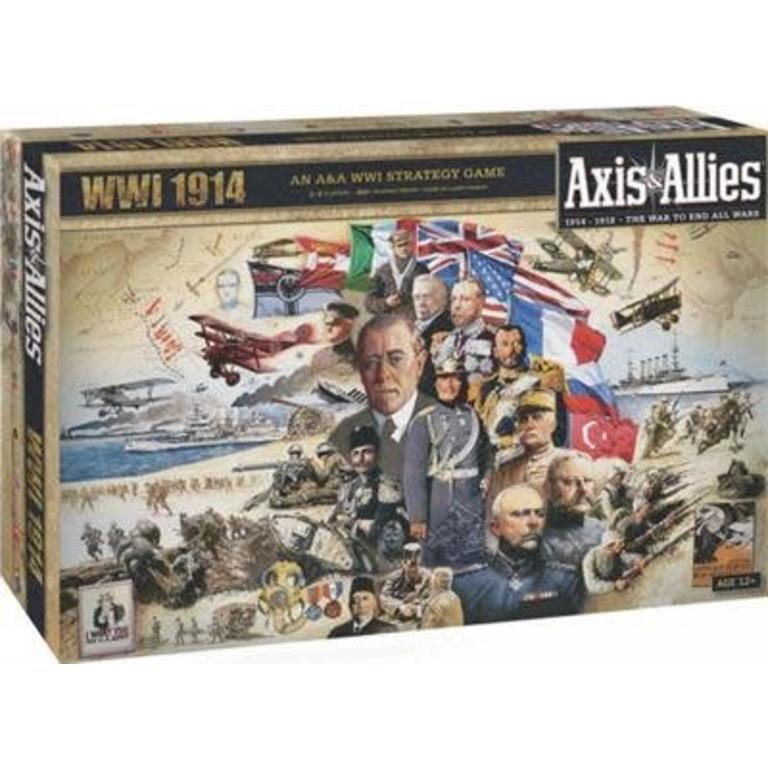 C$128.95
Avalon Hill
Out of stock
Article code 653569791232
Share this product:
This is not World War II. Progress during "The War to End All Wars" was measured by yards, not miles. The Italians were on the side of the Allies, while Turkey then at the center of the Ottoman Empire was one of the members of what was known as the Central Powers. Imperial Germany and the Austro-Hungarian Empire were the two other main Central Powers.

The major Allies, sometimes referred to as the Entente, consisted of the British Empire, France, Italy, the United States, and Imperial Russia. The alliance included other historical members, but they more or less fell under the command and control of one of these great powers. In fact, had General Pershing not insisted that its integrity be maintained, even the American army would have found itself as simply being replacements for French and British.

Axis & Allies: WWI 1914 puts players in charge of one of the major powers, each with its own infantry sculpt; other sculpts represent the artillery, tanks, aircraft, and naval line-up of either the Allies or the Central Powers.

As designer Larry Harris notes, "While playing this game, you will quickly realize that this is not World War II. There are no massive sweeps across continents with blitzing armored divisions and aircraft. Instead, there are a series of determined offensives resisted by equally determined armies dedicated to holding the line. You will find that your depleting resources of men and artillery must be deployed with great thought and efficiency. You will be fighting pretty much the way man has been fighting with each other for thousands of years only this time the ability to kill your enemy, and for him to kill you, has become intolerably efficient."
By using our website, you agree to the use of cookies. These cookies help us understand how customers arrive at and use our site and help us make improvements. Hide this message More on cookies »