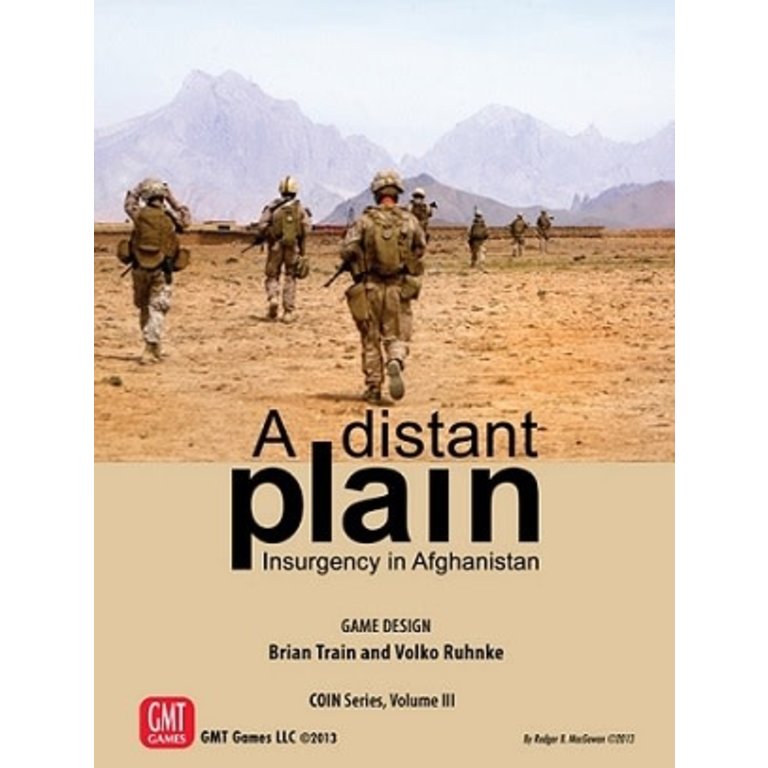 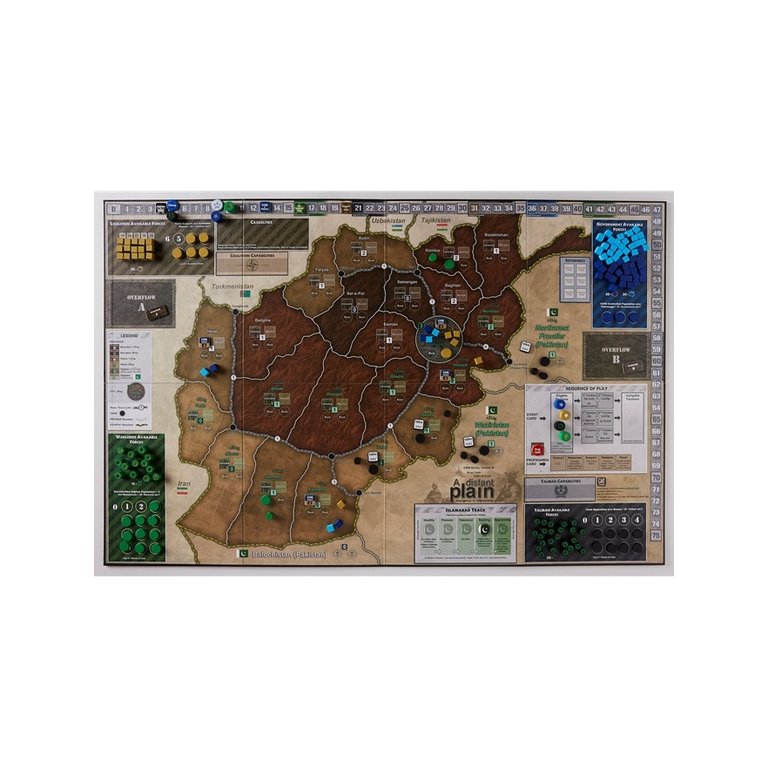 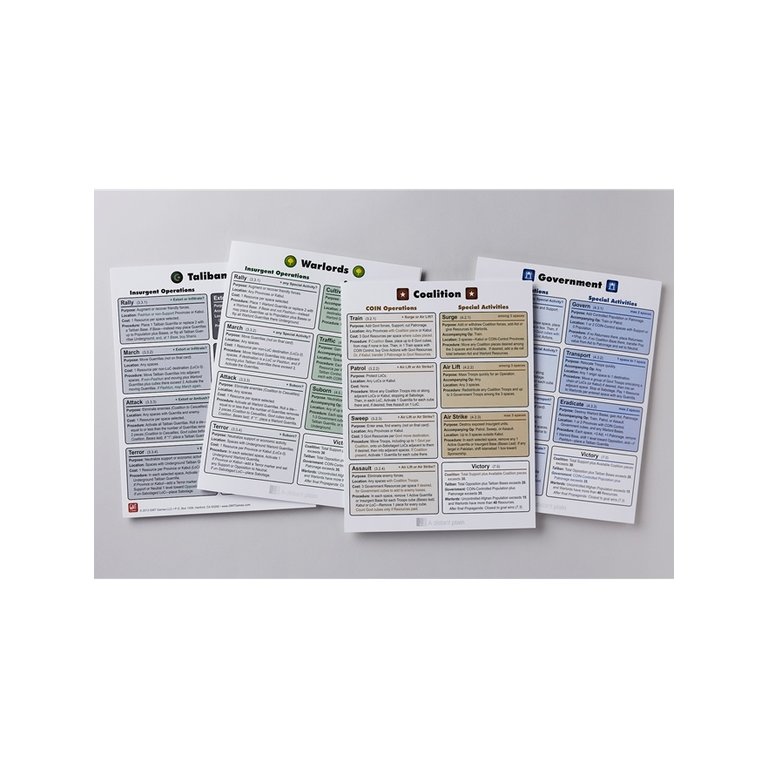 A Distant Plain - Insurgency in Afghanistan

C$96.95
GMT Games
Out of stock
Article code 817054010431
This volume in Volko Ruhnke's COIN Series takes 1 to 4 players into the Afghan conflict of today’s headlines
Share this product:

This volume in Volko Ruhnke's COIN Series takes 1 to 4 players into the Afghan conflict of today’s headlines, this time in a unique collaboration between two top designers of board games on modern irregular warfare. A Distant Plain teams Volko Ruhnke, the award-winning designer of Labyrinth: The War on Terror, with Brian Train, a designer with 20 years' experience creating influential simulations such as Algeria, Somalia Interventions, Shining Path: The Struggle for Peru, and many others.

A Distant Plain features the same accessible game system as GMT's recent Andean Abyss and upcoming Cuba Libre but with new factions, capabilities, events, and objectives. For the first time in the Series, two counterinsurgent (COIN) factions must reconcile competing visions for Afghanistan in order to coordinate a campaign against a dangerous twin insurgency.

A Distant Plain adapts familiar Andean Abyss mechanics to the conditions of Afghanistan without adding rules complexity. A snap for GMT COIN Series players to learn, A Distant Plain will transport them to a different place and time. New features include:

As with each COIN Series volume, players of A Distant Plain will face difficult strategic decisions with each card. The innovative game system smoothly integrates political, cultural, and economic affairs with military and other violent and non-violent operations and capabilities. Flow charts are at hand to run the three Afghan factions, so that any number of players—from solitaire to 4—can experience the internecine brawl that is today's Afghanistan.