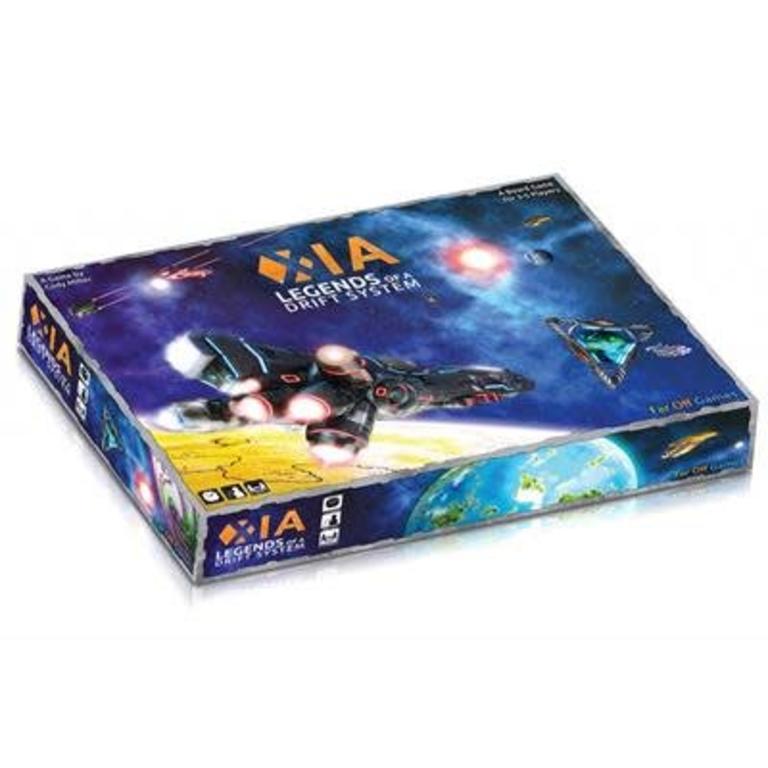 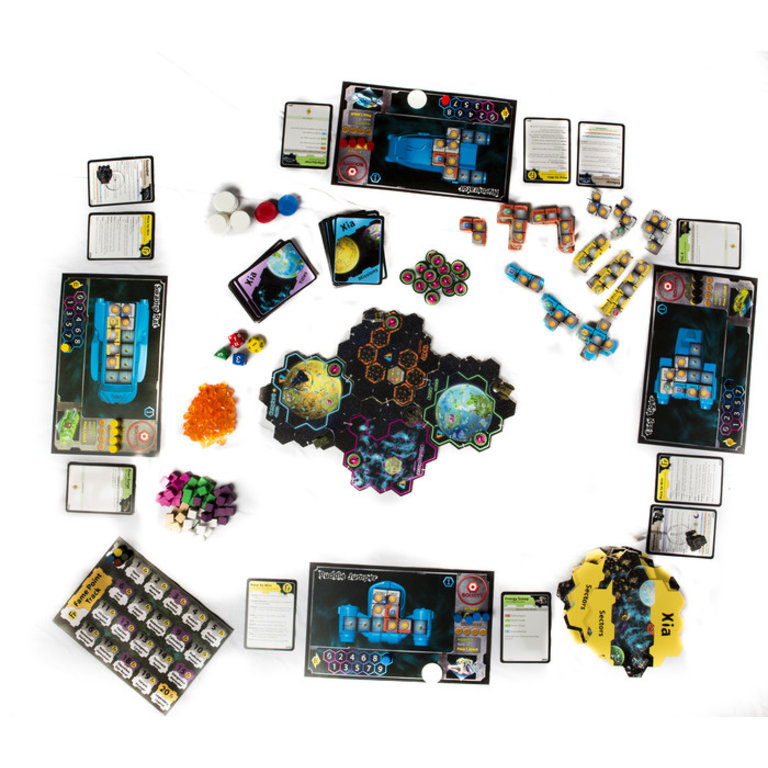 Xia - Legends of a Drift System

Xia: Legends of a Drift System is a 3-5 player sandbox style competitive space adventure. Each player starts as a lowly but hopeful captain of a small starship.

Players fly their ships about the system, completing a variety of missions, exploring new sectors and battling other ships. Navigating hazardous environments, players choose to mine, salvage, or trade valuable cargo. Captains vie with each other for Titles, riches and, most importantly, Fame.

The most adaptive, risk-taking and creative players will excel. One captain will rise above the others, surpassing mortality by becoming Legend!

Customize: Each player begins the game by choosing and customizing a Tier 1 starship. Invest all your money in engines and be a rapid, yet fragile, explorer. Put all your credits into an uber missile and watch other players flee in terror. Get a small engine and save space and credits to invest in buying and selling cargo. Or create a well rounded ship, ready for anything. In Xia, the choice is always yours.

Adapt: The goal of Xia is to become the most famous captain. Completing missions, besting ships in combat, purchasing higher tier ships, selling Cargo Cubes and claiming Titles are all ways that players can earn Fame Points. The best pilots will adapt to their surroundings, making snap judgments and changing plans on-the-fly. If you can think on your feet, you'll do well in Xia!

Sandbox: The real fun of Xia is that each game will be different. There is no set direction of play - players may choose to be peaceful traders, fierce pirates, workers, miners, opportunists, etc. The game board is randomly laid out and explored each time you play. Players might choose not to explore at all, creating a tiny arena for swift and deadly combat, or explore all 19 sectors and have a large play-scape to exploit. It's up to you!

Back to home
Far Off Games

Xia - Legends of a Drift System: Embers of a Forsaken Star Expansion

Insert for Xia: Legends of a Drift System

Quickview
Folded Space
Insert for Xia: Legends of a Drift System
Insert compatible with Xia: Legends of a Drift System as well as its expansions.
C$29.27
By using our website, you agree to the use of cookies. These cookies help us understand how customers arrive at and use our site and help us make improvements. Hide this message More on cookies »