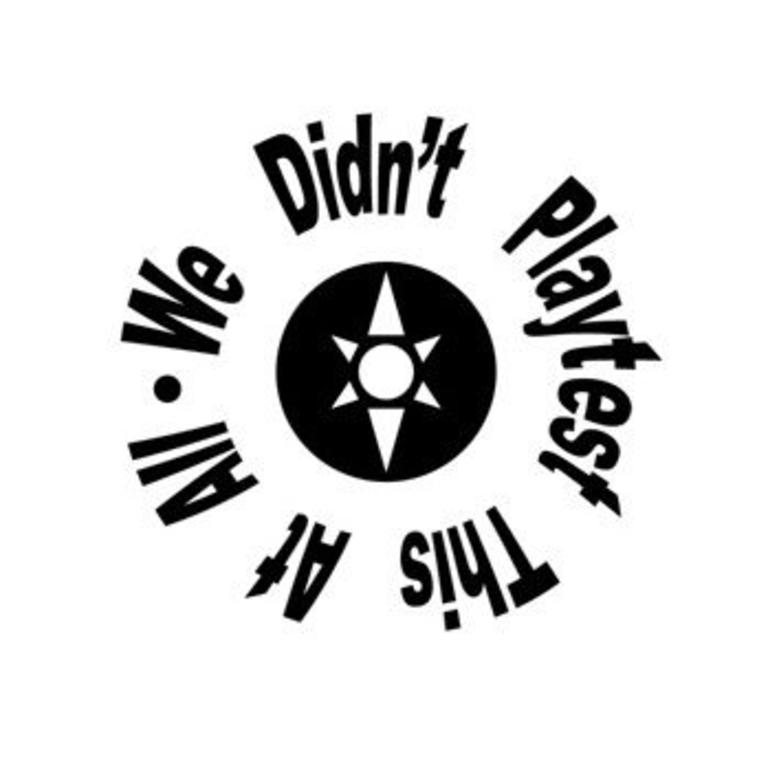 We Didn't Playtest This At All with Chaos Pack Expansion

The most aptly named game ever! In this exceptionally silly and awesome game, your objective is to win! Simple enough.
Sadly, all of your opponents have the same simple goal, and they're trying to make you lose.

Between Rock Paper Scissors battles, being eaten by a random Dragon, or saved by a Kitten Ambush, there are many hazards to avoid.

Games last between 30 seconds and 5 minutes(if you play slow!), and specifically engineered to fit in maximum fun. Any number can play, though we recommend between 2 and 15. Rumors of 20 person games swirl around the Internet...

The Chaos Pack expansion contains a side deck of 15 new cards you can use alongside your copy of the full game. Every game, you randomly draw one Chaos card, and it becomes a rule that must be followed for the entire game. 2 blank Chaos Pack rule cards are also included.
By using our website, you agree to the use of cookies. These cookies help us understand how customers arrive at and use our site and help us make improvements. Hide this message More on cookies »