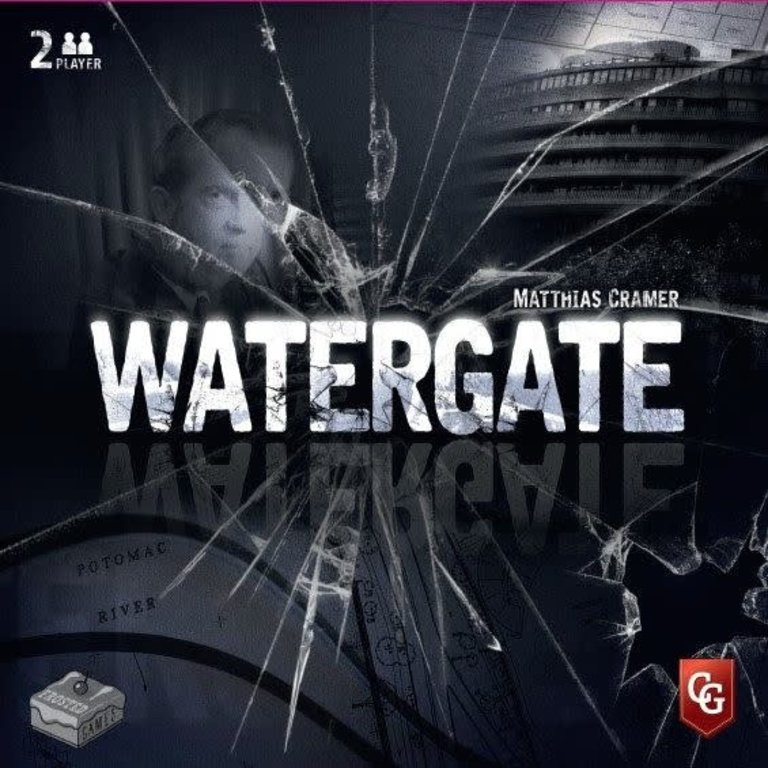 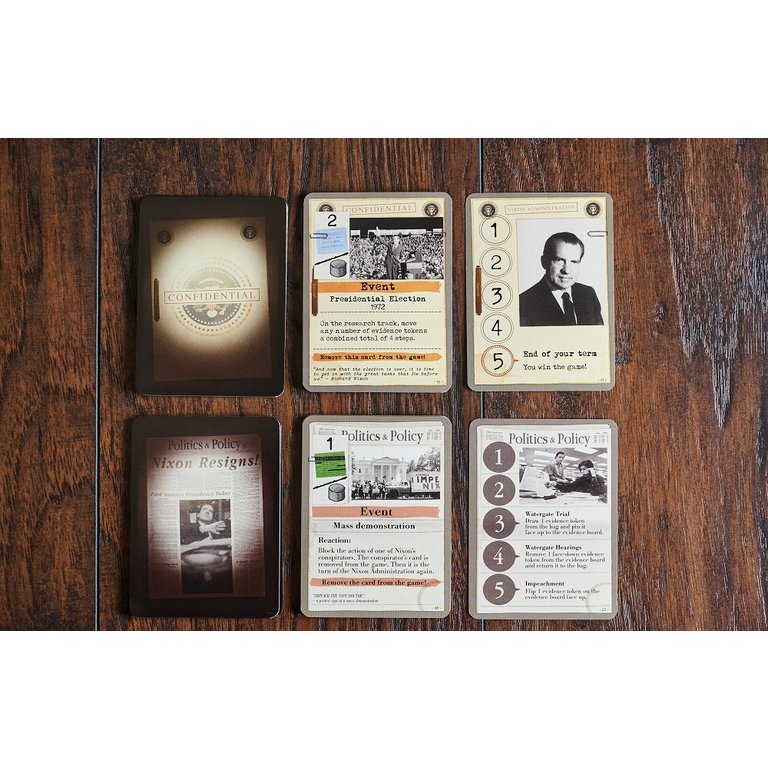 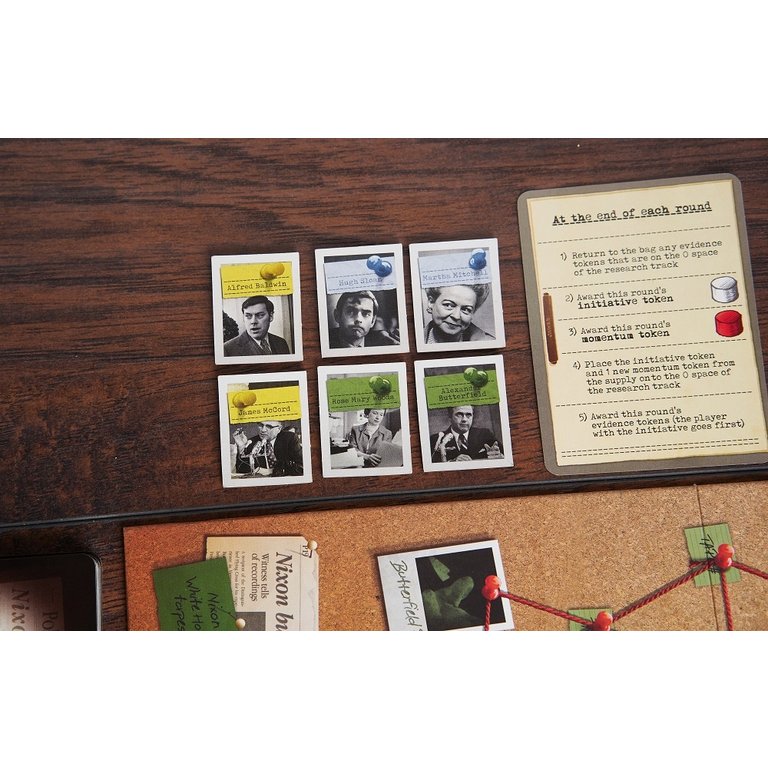 In June 1972, five men are arrested in Washington’s Watergate building. What looks like a third-rate burglary attempt on the headquarters of the Democratic National Committee induces journalists Bob Woodward and Carl Bernstein of the Washington Post to start a thorough investigation. Over the following two years, they discover that the five men were directed from within the White House to spy on political opponents. As a consequence, in 1974 President Richard Nixon resigns from office to avoid impeachment.

In the two-player game Watergate, one player represents the Nixon administration and tries not to resign before the end of the game while the other player represents The Washington Post and tries to show the connections between Nixon and some of his informers.