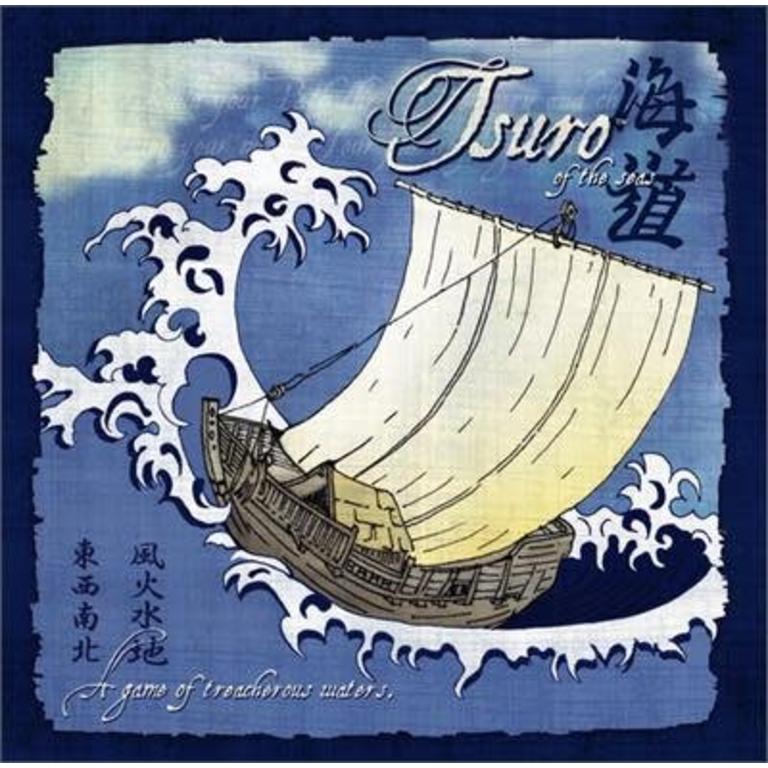 Tsuro of the Seas

C$39.95
Calliope Games
In stock
Article code 845866001194
In Tsuro of the Seas you will sail the treacherous waters of the mystic seas in an engaging game of adventure and suspense!
Share this product:

In Tsuro of the Seas you will sail the treacherous waters of the mystic seas in an engaging game of adventure and suspense! As the captain of one of the Emperor's mighty Red Seal ships, you will navigate the seas by placing Tsuro wake tiles to direct your vessel.

Take great caution to avoid your opponents' ships... and those mysteries lurking on the horizon and under the sea. Guide your ship with a steady hand and be the last captain sailing to survive the mystic seas and win!

The basic game play of Tsuro of the Seas resembles that of Tom McMurchie's Tsuro: Players each have a ship that they want to sail that is, keep on the game board as long as possible. Whoever stays on the board the longest wins the game. Each turn players add "wake" tiles to the 7√ó7 game board; each tile has two "wake connections" on each edge, and as the tiles are placed on the board, they create a connected network of paths. If a wake is placed in front of a ship, that ship then sails to the end of the wake. If the ship goes off the board, that player is out of the game.

What's new in Tsuro of the Seas are daikaiju tiles, representing sea monsters and other creatures of the deep. Notably, daikaiju can move: each tile has five arrows, four for moving in each of the cardinal directions and another one for rotation. On the active player's turn, he rolls two six-sided dice; on a sum of 6, 7, or 8, the daikaiju will move, while on any other sum they'll stay in place.

Check out Wil Wheaton playing Tsuro of the Seas</a href> on his webshow TableTop!

Back to home
Calliope Games

Tsuro: The Game of the Path

C$34.95
In stock
Article code 845866000203
Through its masterful blend of strategy and chance, Tsuro represents the classic quest for enlightenment.

Quickview
Calliope Games
Tsuro: The Game of the Path
Through its masterful blend of strategy and chance, Tsuro represents the classic quest for enlightenment.
C$34.95
Calliope Games

Quickview
Calliope Games
Tsuro of the Seas: Veterans of the Seas Expansion
With this Tsuro of the Seas expansion youll be able to add more excitement to your game!
C$8.30
By using our website, you agree to the use of cookies. These cookies help us understand how customers arrive at and use our site and help us make improvements. Hide this message More on cookies »