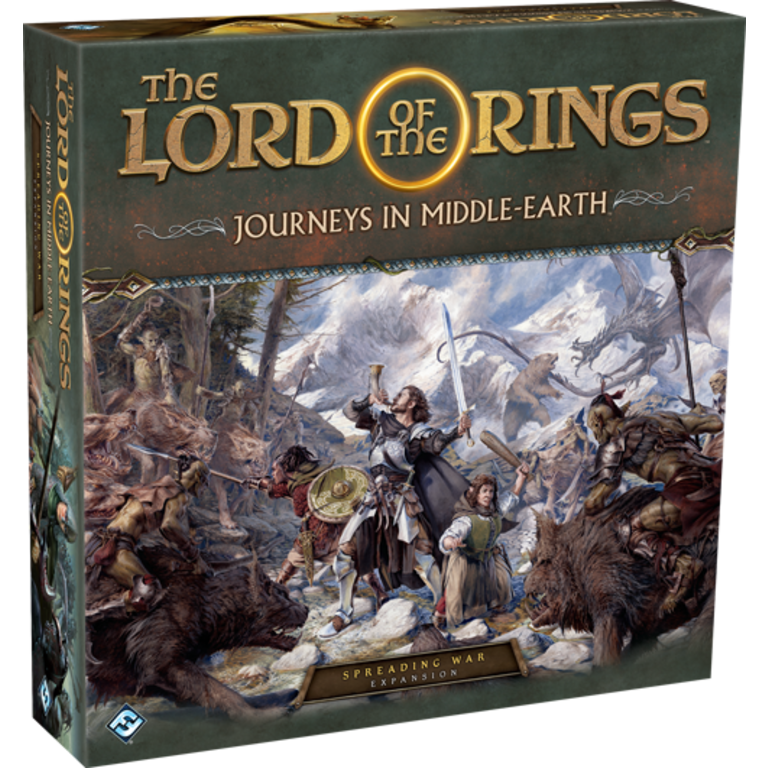 **PRE-ORDER** The Lord of The Rings - Journeys In Middle-Earth: Spreading War Expansion

C$65.57
Fantasy Flight Games
Pre-order available
SCHEDULED FOR RELEASE 2021-10-08
Not a standalone product. A copy of The Lord of the RIngs: Journeys in Middle-earth core set is required to play.
Share this product:

“These are the Rohirrim, as we name them, masters of horses, and we ceded to them the fields of Calenardhon that are since called Rohan; for that province had long been sparsely peopled. And they became our allies, and have ever proved true to us, aiding us at need, and guarding our northern marches and the Gap of Rohan.” – Faramir

War has come to the realm of Men. Shadows spread throughout Rohan and Gondor, from the tangled depths of Fangorn Forest to the haunted ruins of Osgiliath. You have encountered ruthless mercenaries that have invaded the kingdoms of Men under orders from a mysterious figure, and now you must strike out to hopefully quell the tide of violence before it becomes too great.

Taking place in the proud kingdoms of Gondor and Rohan, this expansion unlocks an all-new campaign with fifteen scenarios that see you traveling between the kingdoms and defending them from enemy forces. Spreading War also comes with six new heroes, over 20 enemy miniatures, 18 double-sided journey map tiles, new roles, new terrain types, and much, much more!