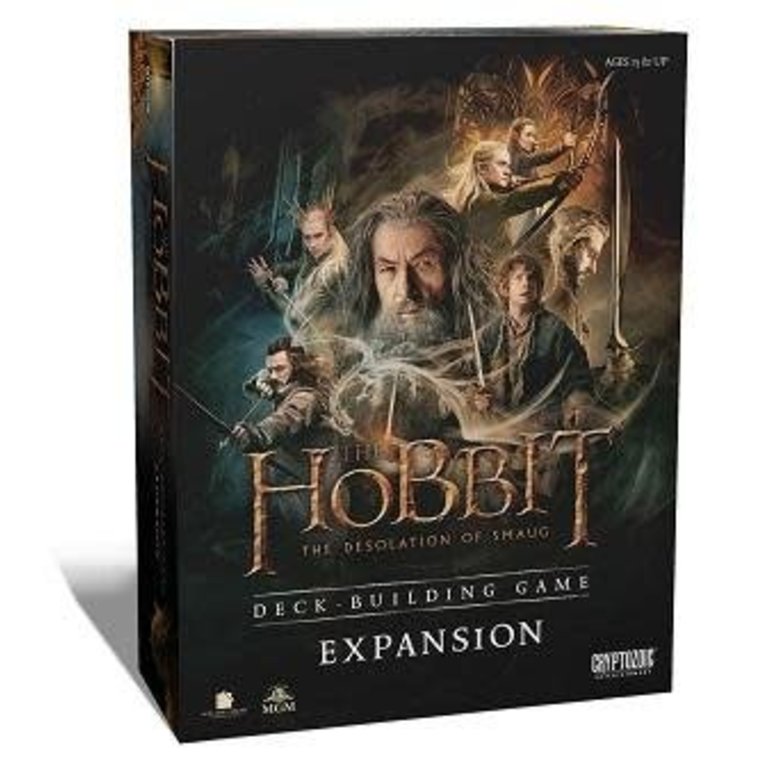 The Hobbit Deck Building Game Expansion The Desolation of Smaug

C$22.95
Cryptozoic
Out of stock
Article code 815442017765
Share this product:
Journey to Lonely Mountain for a showdown with the biggest, baddest fantasy dragon of them all SMAUG! Along the way youll face giant spiders, malicious elves, suspicious humans, and the most epic barrel-ride ever! The Hobbit: The Desolation of Smaug Deck-building Game Expansion Pack continues the journey players began in An Unexpected Journey by adding a second main deck and a fire-breathing dragon!

When the final Archenemy of An Unexpected Journey is defeated, this new main deck and the Archenemy Smaug swoop in to continue the story. Truly this will be the most epic deck-building game of all time! The new main deck contains none of the lower-cost cards that the first set does, as the game and your deck will have progressed to all-new heights.

When you have amassed enough Power, you can take on Smaug! Taunt and flatter Smaug long enough and you might find a chest of gems, a golden goblet, or even the Arkenstone! In the end, the player who has accumulated the most Victory Points from the cards in his or her deck wins the game.

This is not a standalone product. It requires The Hobbit: An Unexpected Journey to play.