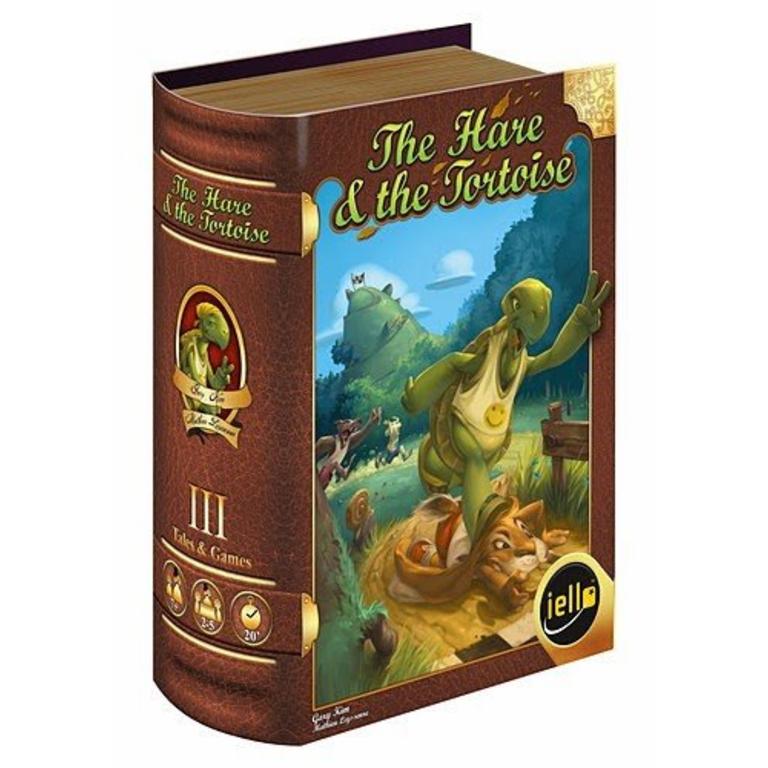 The Hare & The Tortoise - The Board Game

C$17.28
Iello
Out of stock
Article code 3760175511592
Share this product:
At the start of a race, each player secretly bets on two of four animals: turtle, rabbit, sheep, and duck. One animal is chosen at random for each player, then after receiving a hand of six cards, each player places one of his cards face-down (possibly the same animal) as an additional bet. Players then take turns laying down 1-4 cards, with all cards needing to show the same animal, then refilling the hand to five cards. As soon as seven total cards have been played or four cards of any one animal, the animals move (maybe).

Each animal has a distinct characteristic that players can use to their advantage. The turtle always moves one space, but it moves two if four of its cards were played. The rabbit always moves two spaces unless four cards are played and it's at the head of the pack, in which case it sleeps and doesn't move. The duck moves as many spaces as the number of cards played. The sheep moves one more space than the number of cards played but if it reaches grass, it stops moving for the round. (The track consists of eleven road cards, two covered with grass.)

After the animals move, players start a new round of card-playing. A round ends when three of the four animals reach the goal, after which each player scores points based on the ranking of the animals and how he bet. After three rounds, the player with the most points wins. Check out Wil Wheaton playing The Hare and the Tortoise on his webshow TableTop!
By using our website, you agree to the use of cookies. These cookies help us understand how customers arrive at and use our site and help us make improvements. Hide this message More on cookies »