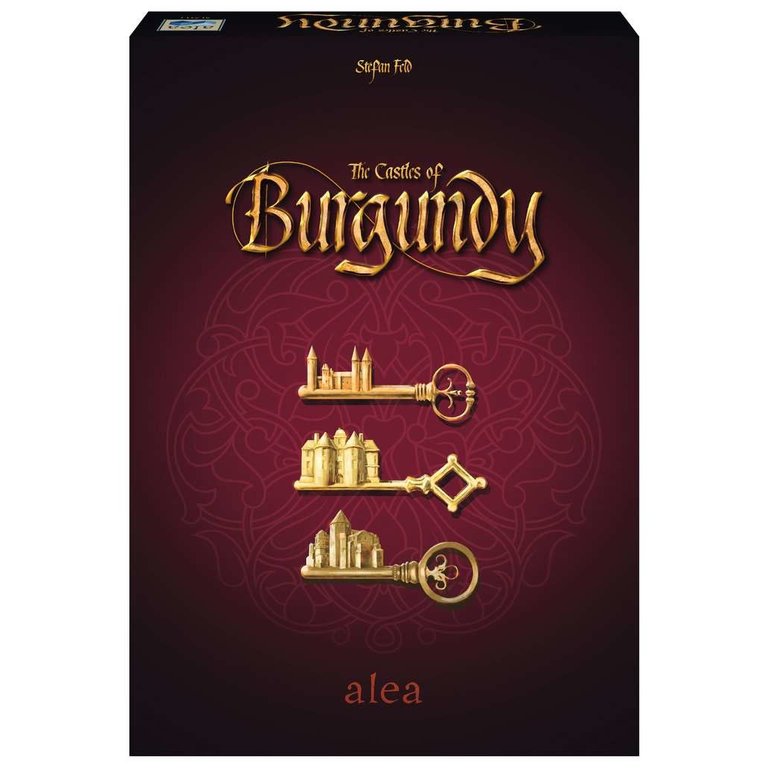 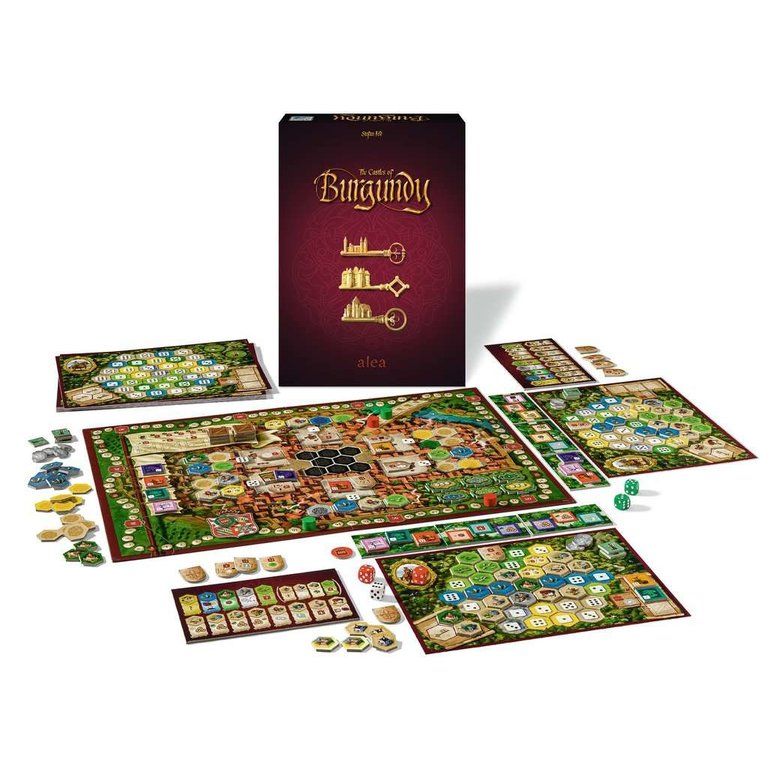 The Castles of Burgundy

C$61.95
alea
In stock
Article code 4005556269259
Please see notes regarding a known print issue. The 2019 edition of The Castles of Burgundy includes eleven expansions, ten of which were previously released as promotional items and one new to this release.
Share this product:

**NOTE:  There have been issues with one of the punch boards occasionally getting misprinted.  About one coy in 20. We are unable to get replacement boards from the distributor.  In the off chance you get a copy with a misprint board youeill need to contact Ravensberger directly via their website.  During the pandemic this can take some time as they are months behind due to high volume puzzles sales.**

The Castles of Burgundy is set in the Burgundy region of High Medieval France. Each player takes on the role of an aristocrat, originally controlling a small princedom. While playing, they aim to build settlements and powerful castles, practice trade along the river, exploit silver mines, and use the knowledge of travelers.

The game is about players taking settlement tiles from the game board and placing them into their princedom, which is represented by the player board. Every tile has a function that starts when the tile is placed in the princedom. The princedom itself consists of several regions, each of which demands its own type of settlement tile.

The game is played in five phases, each consisting of five rounds. Each phase begins with the game board stocked with settlement tiles and goods tiles. At the beginning of each round, all players roll their two dice, and the player who is currently first in turn order rolls a goods placement die. A goods tile is made available on the game board according to the roll of the goods die. During each round, players take their turns in the current turn order. During their turn, a player may perform any two of the four possible types of actions:

The 2019 edition of The Castles of Burgundy includes eleven expansions, ten of which were previously released as promotional items and one new to this release.

Back to home
alea

Castles of Burgundy - The Card Game

Quickview
alea
Castles of Burgundy - The Card Game
The Hundred Years war is over and the Renaissance is looming.
C$18.95
alea

Castles of Burgundy - The Dice Game

Quickview
alea
Castles of Burgundy - The Dice Game
The classic, now in dice format!
C$19.95
By using our website, you agree to the use of cookies. These cookies help us understand how customers arrive at and use our site and help us make improvements. Hide this message More on cookies »