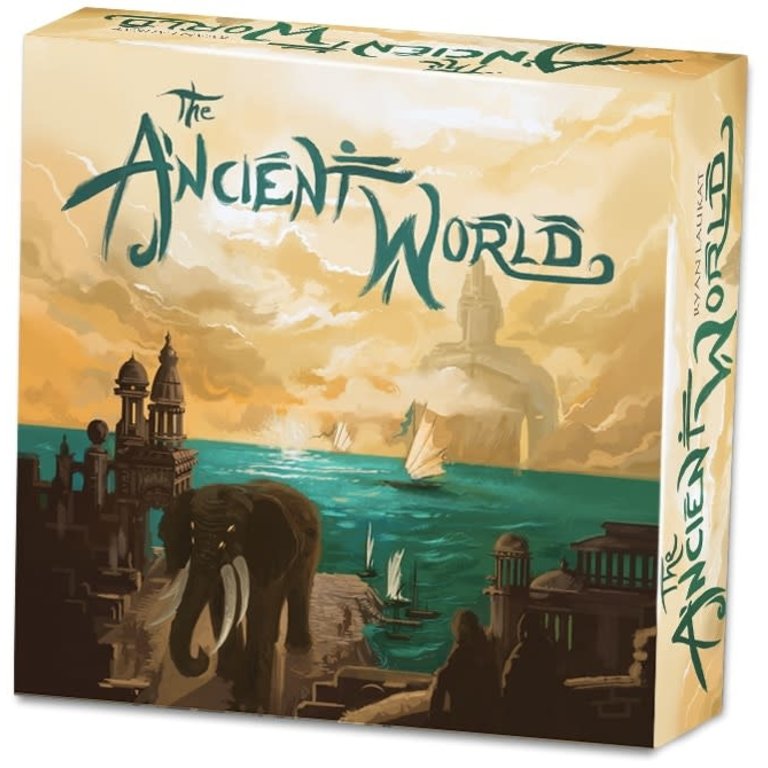 In an ancient world forgotten by time, enormous titans terrorize the land. Five tribes have been fleeing from the titans for centuries, but things are about to change. Growing city-states pledge to end the reign of terror, determined to take on the titans and make the world a safer place for all. Each city-state competes to attract the tribes, eager for the strength of the combined peoples, who are now leaving behind old traditions with the hope that the titans can be defeated once and for all.

In The Ancient World, players compete to grow the largest and most influential city-state by managing citizens, treasury, and military and by defeating titans. Players take turns sending citizens to take special actions or using military cards to attack titans. One of the actions a citizen can perform is to build Empire cards, which give more citizens, money, and abilities.

Near and Far: Amber Mines Expansion

C$29.95
In stock
Article code 040232469633
Near and Far: Amber Mines is the first expansion to Near and Far. It includes modules that you can add or remove according to your preference.

C$56.77
In stock
Article code 040232512520
Search for a lost city in a strange and wonderful world of ruins; manage and recruit adventurers, each with a unique identity; read from a book of stories, building an amazing and memorable tale each time you play!

Quickview
Red Raven Games
Near and Far
Search for a lost city in a strange and wonderful world of ruins; manage and recruit adventurers, each with a unique identity; read from a book of stories, building an amazing and memorable tale each time you play!
C$56.77
Red Raven Games

Empires of the Void II

Quickview
Red Raven Games
Roam
Welcome to Arzium, land of ancient civilizations, bizarre creatures, unexplained wonders, and vibrant characters.
C$34.95
By using our website, you agree to the use of cookies. These cookies help us understand how customers arrive at and use our site and help us make improvements. Hide this message More on cookies »