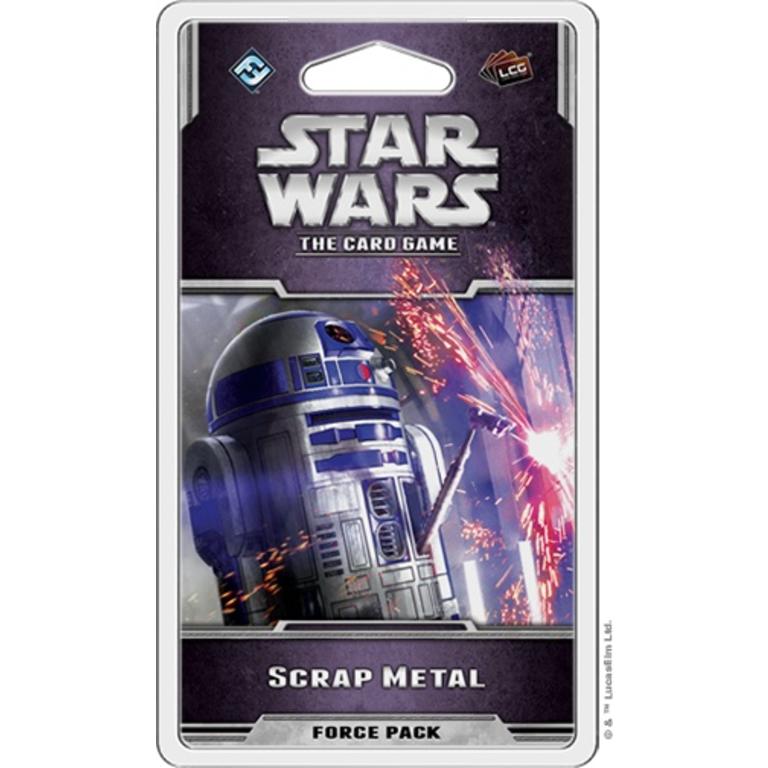 Throughout the saga, Star Wars has been defined by rivalries and conflict. Luke Skywalker, hero of the Rebellion, is opposed by Darth Vader, one of the Dark Lords of the Sith. Han Solo, a smuggler from the Outer Rim, is tracked by Jabba the Hutt and his teams of bounty hunters. Princess Leia Organa is taunted and questioned by Grand Moff Tarkin. These enmities and threats bring the characters to life, and now, you can bring some of these rivalries into your games of Star Wars: The Card Game with Scrap Metal, the next Force Pack in the Opposition cycle.

Like the other Force Packs of the cycle, Scrap Metal comes with ten new objective sets (two copies each of five distinct sets), each challenging the way you view the battles between the factions of Star Wars: The Card Game. Here, youll find a host of new versions of iconic characters, including Jabba the Hutt, C-3PO, R2-D2, and Jek Porkins. With plenty of new fate cards to bring new tension to every edge battle, the rivalries that exist between factions are about to become more explosive and dangerous than ever before!
By using our website, you agree to the use of cookies. These cookies help us understand how customers arrive at and use our site and help us make improvements. Hide this message More on cookies »