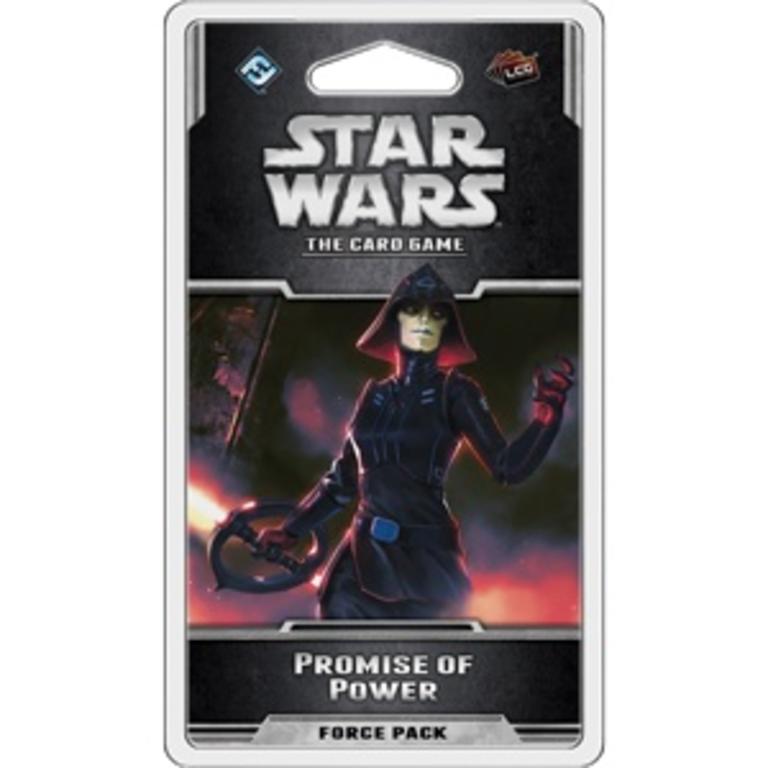 C$18.95
Fantasy Flight Games
In stock
Article code DNR-841333103132
Share this product:
Throughout the Alliances cycle, youve been encouraged to forge new alliances across affiliations. Jedi may work closely with the Rebel Alliance or the Smugglers and Spies of the galaxy. The Sith may rule an empire, wielding the Imperial Navy and Scum and Villainy alike as weapons against the light side. For many, these alliances make them strongerthe whole becoming greater than the sum of its parts. But for some, unlikely alliances can lead to nothing but turmoil and chaos.

Promise of Power is the final Force Pack of the Alliances cycle, marking the climactic conclusion of the cycle. With ten new objective sets (two copies each of five distinct sets), this Force Pack continues to reward players for melding affiliations together in a single deck. Promise of Power also introduces plenty of characters from Star Wars Rebels, bringing a new version of Ezra Bridger, Cikatro Vizago, and more Inquisitors into the game.