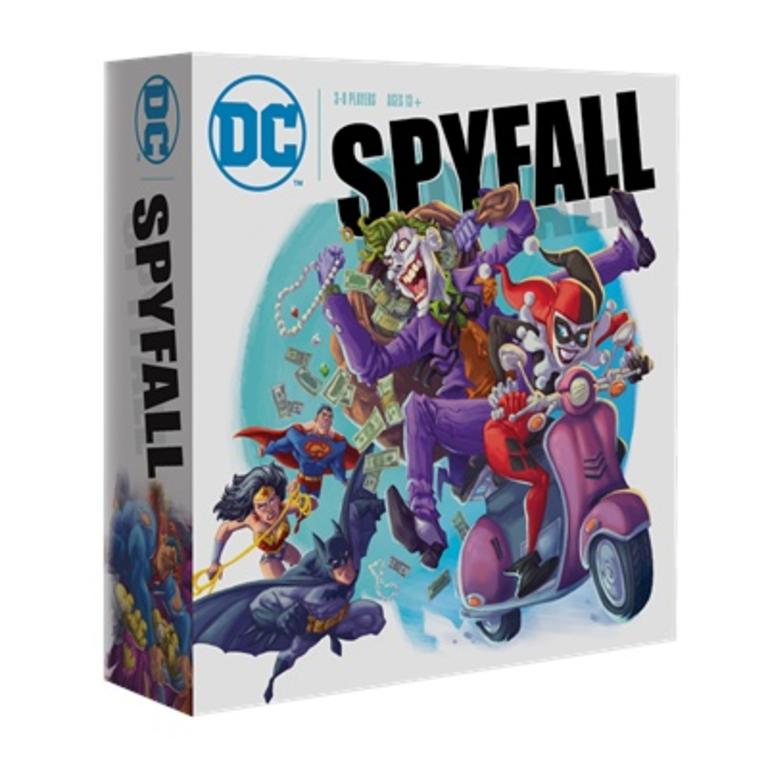 C$29.95
Cryptozoic
In stock
Article code 815442019967
Share this product:
In this exciting variation on the social deduction game Spyfall, 3-8 players take on the roles of DCs greatest Super Heroes as they have a secret meeting at an iconic location, such as the Batcave, Daily Planet, or the Fortress of Solitude. The problem? One of them is secretly the Joker in disguise! In the intense 8-minute rounds, the non-Joker players ask questions and give answers to deduce which one of them is the Clown Prince of Crime without giving away the location, while the Joker player tries to figure out the location before his or her identity is revealed! Players have to exhibit subtlety to deflect suspicion and help their side win.

Where the Joker goes, Harley Quinn usually follows! Each round, one player may have a Location Card with a Harley image, meaning he or she should try to feed the Joker player information, even without knowing that players identity! If the Joker player guesses the location, the two collaborators each score points. But if Harley was too obvious, the Super Heroes can turn the tables on them ...

The game offers several innovations to keep things fresh for experienced players. Super Power Cards can give a player an ability for a round, such as being able to dodge a question, or simply require a player to modify their behavior; for example, Super Speed forces a players answers to be three words or less.

In each of the games two Multiverse decks, there are eight different locations rather than just one, so players will be rather confused with some of the questions and answers. Keep in mind that no one at the table knows whether or not they are playing with a Multiverse deck!

Finally, the all-Joker deck gives each player a Joker card, so all of the questions and answers are based on absolutely nothing, since there is no location to reference at all. A crazy twist on an already crazy game!

160 Location Cards (20 packs, each with 7 Location Cards and 1 Joker)
16 Multiverse Cards (2 Packs, each with 8 different Location Cards)
8 Additional Joker Cards (1 Pack with all Jokers!)
12 Super Power Cards
24 Storage Bags
Rulebook
By using our website, you agree to the use of cookies. These cookies help us understand how customers arrive at and use our site and help us make improvements. Hide this message More on cookies »